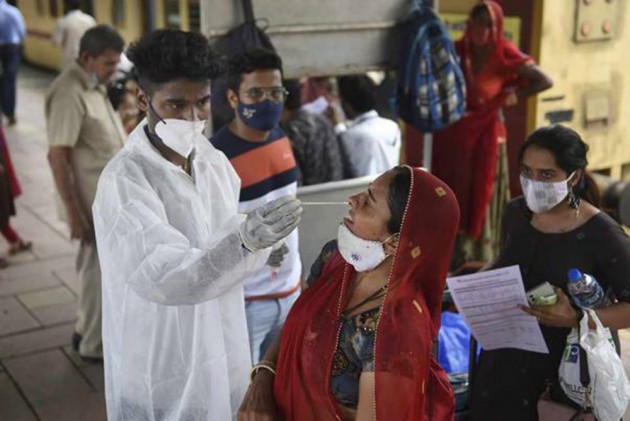 Covid cases may rise significantly later this month, which may result in a new wave, which can be expected to peak in October, researchers at the Indian Institute of Technology in Hyderabad and Kanpur, reportedly said.

According to a report published by Bloomberg, researchers Mathukumalli Vidyasagar and Manindra Agrawal of the Indian Institute of Technology have predicted that the third wave of the pandemic may hit the country soon but said that it is likely to be smaller in magnitude compared to the second wave.

Earlier this year, Vidyasagar and Agarwal had successfully predicted the decline in the number of the national Covid caseload.

Covid Vaccine Trials: Where Are The Women?

During the peak of the next wave, in the best-case scenario, less than 1,00,000 infections can be recorded per day and in the worst-case scenario, nearly 1,50,000 cases are likely to be reported per day, Bloomberg quoted the researchers as saying.

This development comes in the backdrop of India logging 40,134 new coronavirus infections and 422 fatalities in the last 24 hours. With the latest addition, the country’s cumulative Covid caseload rose to 3.16 crore while the death toll surged to 4.24 lakh.