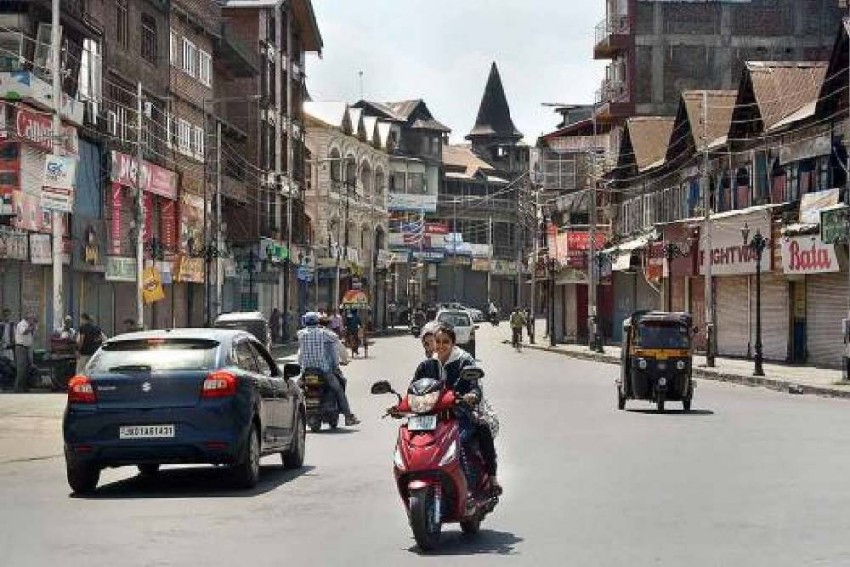 Commuters seen on a road near Lal Chowk on a day of restriction after abrogration of the provisions of Article of 370, in Srinagar.
PTI Photo
Outlook Web Bureau September 09, 2019 00:00 IST J&K Bifurcation: Central Committee To Distribute Assets, Liabilities 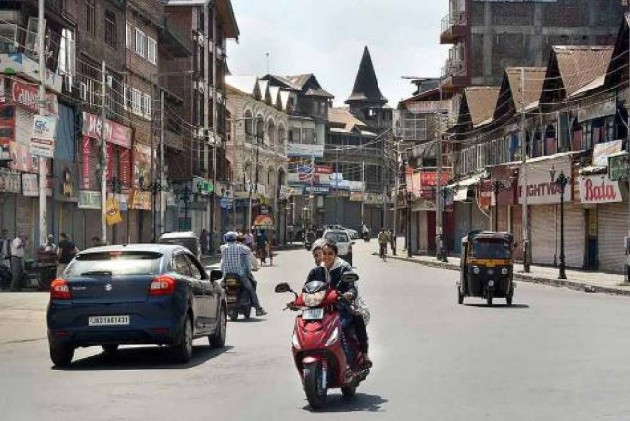 The Centre has constituted a three-member committee to look into the distribution of assets and liabilities of Jammu and Kashmir between two successor Union territories, which will come into existence on October 31, according to an official notification.

While former defence secretary Sanjay Mitra will be the chairman of the committee, retired IAS officer Arun Goyal and retired Indian Civil Accounts Service (ICAS) officer Giriraj Prasad Gupta will be its members.

"...in exercise of the powers conferred by Section 84 and Section 85 of the Jammu and Kashmir Reorganisation Act, 2019, the central government hereby constitutes the advisory committee," the home ministry notification said.

On August 5, the Centre announced the abrogation of the special status given to Jammu and Kashmir under Article 370 and bifurcation of the state into the two UTs.

The apportionment of the assets and liabilities of the existing state of Jammu and Kashmir shall be subject to the recommendations of a committee constituted by the central government, it said.

According to Section 85 of the Act, the central government, by an order, can establish one or more advisory committees for apportionment of assets, rights and liabilities of the companies and corporations constituted for the existing state of Jammu and Kashmir between the two Union territories.