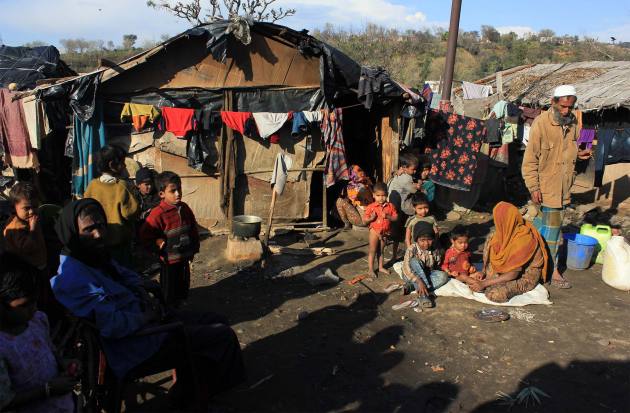 The Jammu and Kashmir government has started an exercise for the deportation of Rohingya refugees settled in the Jammu region by sending around 155 Myanmar nationals to Hiranagar Jail, which is being referred to as holding centre.

Police told reporters in Jammu that after verification, 155 Rohingya refugees staying in Jammu and Kashmir were sent to the Hiranagar jail. The police described the Hiragar jail as a holding center for Rohingya, saying they have invoked Section 3(2) e of the Foreigners Act.

The police insisted that the immigrants were not holding valid travel documents required in terms of Section (3) of the Passports Act. They said the exercise of identifying more such immigrants is still in progress. The government had ordered shifting of all inmates lodged in Hiranagar Jail of Kathua district to other prisons of Jammu and Kashmir.

Ali Johar, co-director of the Rohingya Human Rights Initiative, a Delhi-based NGO, said local media in Jammu and some groups over the years fuelled hatred against the Rohingya in the minds of local people and they are not seen as humans. He said there are more than 6,000 refugees in Jammu and Kashmir and all the people have refugee UNHCR (United National Human Right Commission) cards but some of those cards might have expired. He said this is a time of a pandemic and the authorities should understand.

“We didn’t eat anything the whole night. We are going crazy. My uncle, my grandfather, my brother have been detained. Please release them,” pleaded one of the Rohingya refugees, Samiullah, while talking to reporters at Narwal Burma Basti in Jammu. He said they left Myanmar as his child and others had been killed there. “And here my uncle, grandfather and others have been taken into detention. We don’t know what our fate is,” he said. 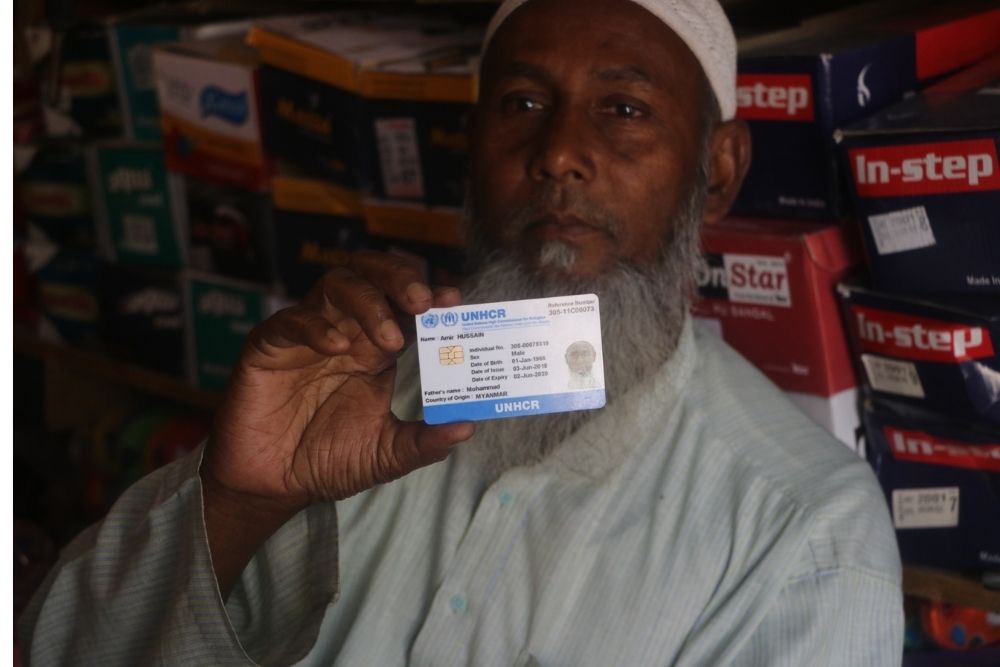 “We have not come to stay here,” the refugees told reporters. “My mother was taken away, so was my uncle. The police came at 9pm yesterday and took them away,” a girl said.

Jammu divisional commissioner Sanjeev Verma didn’t pick up the phone despite repeated calls. Neither did the IGP Jammu.

“Yesterday there was a verification drive and from that, around 165 people were held. This came after the direction from the high court to identify and reply what measures the government has taken to deport the Rohingya and illegal immigrants from Bangladesh. But the authorities said this was just a verification drive which have happened previously,” said Johar.

He said the sudden arbitrary detention of the people is creating chaos among the community. “This morning the police personnel were deployed at the shelters which sparked panic among the community and they started fleeing,” he said.

Johar said there is a bigger picture to all this. “Some local groups and local media continuously fuelled hatred every day since 2017, sparking fear among the local community which thinks that Rohingya are not humans. Such things have created more fear among the Rohingya community. These people are already refugees, fleeing from violence and you are looking down on them daily. How do you think they will feel?” he asked.

Johar said in Jammu and Kashmir internet has been shut down for a long and that too during a raging pandemic. “So if they cannot the visit respective offices to renew their cards, how can the authorities expect renewed cards from them? The UNHCR operates remotely and the cards are renewed online only. Besides, the community is very poor with no IT knowledge, how could they have renewed their cards? There might be some holding expired cards. But that doesn’t mean these people are not refugees. They are already recognized as refugees with valid refugee cards,” he added.