Group of 12 MLAs belonging to Congress called on Speaker P. Srinivas Reddy, and submitted him a letter, seeking CLP's merger with the TRS. 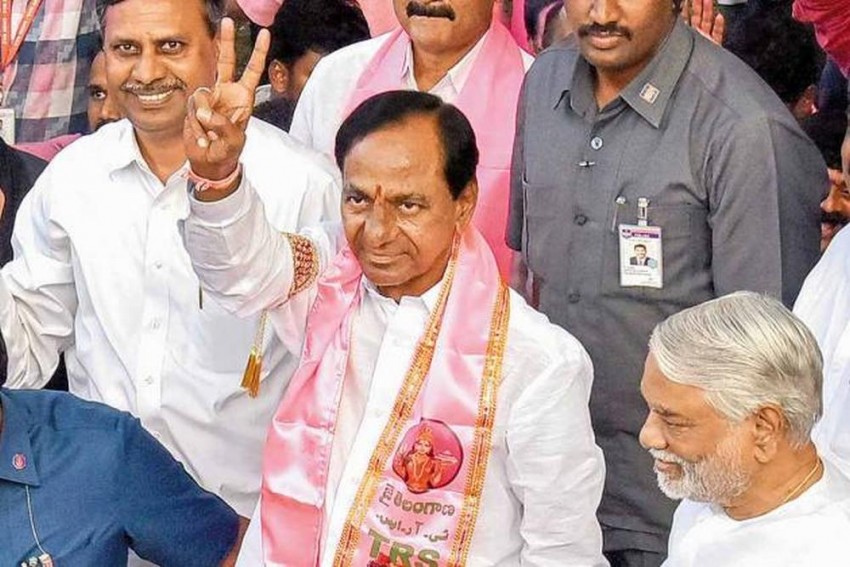 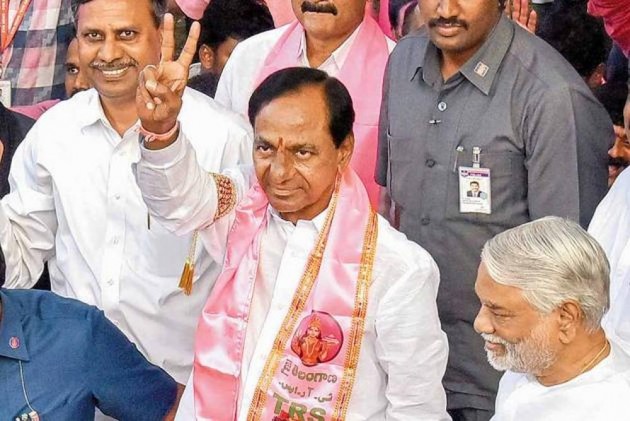 The group of 12 members of Assembly belonging to the main opposition Congress called on Speaker P. Srinivas Reddy, and submitted him a letter, seeking CLP's merger with the TRS. They later went to Pragati Bhavan, the official residence of Chief Minister K. Chandrashekhar Rao.

While 11 MLAs had already announced that they will join TRS, Rohit Reddy from Tandu constituency also declared switching loyalty to TRS and joined the group of defectors.

The Congress reacted sharply to the move, calling it the "murder of democracy".

"Indians are not used to the way people's mandates and democratic norms are butchered. It is daylight murder of democracy. Because somebody is in power and has access to resources and can control agencies does not mean that power should be misused," Congress spokesperson Pawan Khera said.

They wore black ribbons around their mouth to lodge their protest over the defections. They demanded that the MLAs who were elected on their party symbol, but were now seeking merger with TRS should be disqualified.

The Congress leaders said they made several representations to the Speaker for disqualification of MLAs, but he took no action. But now he seems to be acting swiftly on the request of defectors.

Uttam Kumar Reddy questioned the Speaker as to how he can take a decision on merger, when their petition was pending in the High Court.

Before meeting the speaker, the defectors called on TRS working president K. T. Rama Rao, and informed him that they have the required majority to seek CLP's merger with TRS.

In Assembly elections held in December last year, the Congress had won 19 members in 120-member Assembly (including a nominated member).

Under Anti-Defection Act, the defectors required two-third majority to seek merger with any party.

The development came a day after Uttam Kumar Reddy resigned from Assembly, as he was elected to Lok Sabha from Nalgonda in the recent elections.

This brought down Congress' strength to 18 and the defectors required 12 MLAs to seek CLP's merger with TRS.

TRS had won 88 seats in Assembly elections. After the polls, two independents and one of the two legislators of Telugu Desam Party (TDP) joined the TRS. If 12 Congress MLAs join TRS, the strength of the ruling party will go up to 103.

This will bring down the Congress tally to six. In such a scenario, All India Majlis-e-Ittehadul Muslimeen (AIMIM) will get the status of main opposition. AIMIM, an ally of TRS, has seven MLAs.