Speeding up vaccination drive, ramping up health infrastructure and focussing on rural healthcare services are a few of the immediate measures the new health minister needs to take, say experts 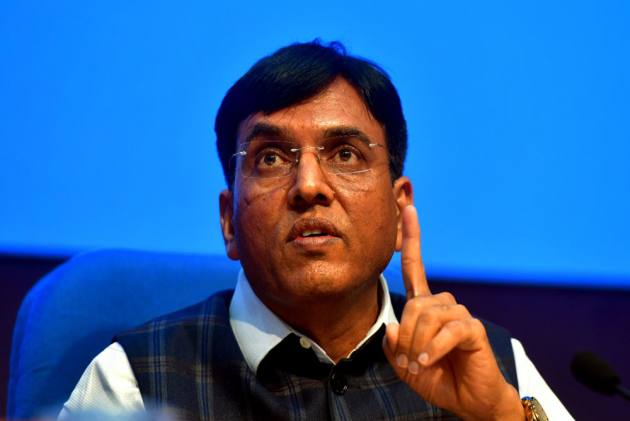 As the second Covid-19 wave ebbs in the country, there is an urgent need to ramp up the vaccination drive to cover as many vulnerable people as possible. This will help prevent any new wave in the future.

So, Mansukh Mandaviya, who has replaced Dr Harsh Vardhan as the new Union Health Minister, has his hands full with a plethora of challenges, prominent among them being the impending threats from new variants of Sars_Cov_2 and the collateral damage caused to the other health services due to Covid-19.

Soon after taking charge of the Ministry, Mandaviya announced a Rs 23,123 crore Covid package to scale up preparations and overcome the shortcomings that emerged in health services during the second wave.

‘Judge Him By His Work’: Netizens To Those Trolling Health Minister Mandaviya For His English

Explained: What’s Kappa Covid Variant and How Dangerous Is It?

Though there is no dearth of health issues in the country, experts have identified top ten issues that the new health minister should focus on to avoid any future pandemic wave and keep the other health services functional:

1) Speeding up the vaccination process: At present, the country has adopted a policy of vaccination for all, under which, the government is inoculating everyone above the age of 18. However, the pace of vaccination is very slow to cover the targeted population in a time-bound manner. Hence many noted health experts have suggested postponing vaccination to those people who have naturally recovered from Covid-19.

Though the government announced to defer inoculation to such people for three months, it is not being implemented.

Some researchers have suggested only one shot to such people so that the vulnerable ones can be covered as fast as possible. They say that this will also tackle the shortage of vaccines in the country.

“Almost all the seroprevalence surveys show that more than 60 per cent of the population has developed antibodies. If we can defer these people from taking the vaccine for another three months, we can cover the rest of the vulnerable ones within this time period,” Dr Ishwar Gilada, Infectious Diseases expert and President of AIDS Society of India, said.

According to Dr Rahul Pandit, Director-Critical Care, Fortis Hospitals Mumbai & Member of Maharashtra COVID19 Task Force, “The Health Ministry should focus on ramping up the availability and accessibility of the COVID-19 vaccine. Strategies should be put in place to complete the national vaccination drive by December this year, by making it available across the country.”

2) Transparency in vaccine availability: The Centre and states often blame each other for shortage of vaccines. Besides, the government has made a contradictory statements on the procurement of vaccines from the manufactures during various stages.

Health experts suggest having a dashboard in the CoWin application or any other platform with real time updates of vaccine status. The dashboard should have the details like the order placed with the vaccine manufacturing companies, the status of supply, consumption and available stock. They say that this will remove all controversies regarding vaccine availability in the country.

3) Ramping up of health infrastructure: The shortage of medical oxygen and hospital beds emerged as one of the biggest challenges during the second wave. Thousands of patients died as they didn’t get hospital beds and oxygen support.

Though the government has taken several steps, for instance, it has installed PSA (Pressure Swing Adsorption) oxygen plant in every hospital and medical college, experts feel that increase in storage capacity of liquid medical oxygen should also be done simultaneously as a backup measure.

Besides, the National Task Force set up by the Supreme Court has also given its recommendations on how to deal with any future wave.

Making a good start, Mandaviya has announced to create storage facilities for liquid medical oxygen in each district in the country, however, its quick implementation is needed.

4) Overcoming the medicine shortage: Antifungal medicine Amphotericin, which is used to treat mucormycosis (also known as black fungus) is still in short supply across the country. Besides, during the second wave several crucial medicines like Remdesivir and Tocilizumab sold in the black market due to huge demand but extremely short supply.

Health experts say that keeping huge storage of these medicines may not be a good idea as they come with an expiry date.

“Decision should be taken to ramp up production based on the dynamic scenario. Along with production, the supply should be regulated so that these medicines don’t fall into wrong hands. How come black marketers accessed the medicine while needy people ran from pillar to post,” Dr T V Narayana, President, Indian Pharmaceutical Association (IPA), said.

5) Enforcing appropriate Covid protocol while unlocking: With the decrease in the number of daily active cases, many states have started the process of unlocking and this has resulted in crowding and led to violation of Covid-19 protocols. Health experts say that an aggressive campaign to repeatedly remind people about the benefits of appropriate Covid-19 behaviour will help.

“Unlocking is important but enforcing COVID19 appropriate behaviour should be the core; mask-wearing, and avoiding curve-bending super-spreader events, must be the key measures. It would be important to identify geographical pockets where the caseload is higher, where extensive testing and isolation would be done,” Dr Pandit said.

6) Encouraging research in health: Many experts feel that the country lacks extensive research due to which often crucial decisions are based on studies done in other countries. Increasing the gap between the two doses of vaccines, the status of breakthrough infection among the vaccinated population, the adverse effect of vaccines are some of the crucial areas where extensive studies should happen.

“Many pilot studies have shown that one shot is more than enough for a person who has recovered from Covid-19. But why is there no large sample study happening on this in India? Many countries have started single-dose vaccination policy for such people,” Gyaneshwar Chaubey, a professor of genetics at Banaras Hindu University, said. Prof Chaubey’s team had conducted a pilot study on Covid-19 recovered persons and concluded that such individuals develop anti-body faster than those who never contracted the virus.

“Extensive genome sequencing can act as an alarm bell to any future wave. The concerned government bodies should keep a watch on the areas of a sudden outbreak and carry out genome sequencing to find out if the new variants are responsible for it. It can help us isolate the areas completely and take adequate measures. Research has a great role in any pandemic situation,” a senior doctor from AIIMS Delhi said.

7) Bringing coordination between modern and Indian systems of medicine: Instead of working in tandem with each other to beat the pandemic, the practitioners of the two systems of medicines have been engaged in verbal fights for one reason or the other and the government remained a mute spectator.

“The former health minister’s open endorsement of Baba Ramdev’s medicine to treat Covid-19 stirred a controversy. Besides, Ramdev’s comments against doctors were inappropriate. I hope the new minister will not promote quackery in the name of Ayurveda. It is a great system of medicine and has played an important role during the pandemic,” another senior doctor from a reputed hospital in Delhi said.

8) Focussing on rural and tribal health: This is another area that has been hit hard due to Covid-19. The regular vaccination drive for polio, BCG, Hepatitis B etc is not being administered on time as healthcare workers are busy in the vaccination process for Covid-19.

Due to high vaccine hesitancy for Covid-19 in rural and tribal population, health workers are finding it difficult to convince people to come forward.

“Most of the time we keep waiting for the villagers to turn up for vaccines and this wastes a lot of time. Other rural health issues and universal immunization programme for children is suffering badly in rural areas,” an ANM working in a rural belt in Uttar Pradesh said.

9) Prioritizing other health services along with Covid-19: Non-covid health issues have been collateral damage as the government has prioritised Covid-19 management in the country. Diseases like cardiovascular, tuberculosis, cancer, etc have been neglected to lead to serious health complications for a large number of people.

“Many surgeons in private and government hospitals are still hesitant to take up surgery work. Cancer patients are not getting chemotherapy done on time which is detrimental to their health. Managing Covid-19 is important but not at the cost of other diseases,” Dr Gilada says.

10) Engaging infection disease experts in decision making process: The Health Ministry got the flak for prominently engaging experts like cardiologists and pediatricians decision-making process in its fight against the pandemic. Public policy experts often raise questions like “who is India’s chief epidemiologist’ to criticise the government for not putting infections disease experts such as immunologists, epidemiologists and community medicine in charge of the Covid management exercise.

Making Indian Council of Medical Research a nodal body to fight against the pandemic also came under heavy criticism as it is only a research body without any competence to deal with communicable diseases.