Home  »  Website  »  National  » News Analysis  »  India Is The Nation Of The Most Unemployed In The World: Labour Bureau Statistics
Joblessness

India Is The Nation Of The Most Unemployed In The World: Labour Bureau Statistics

Self-employment opportunities are declining in the country and jobs are continuously decreasing. 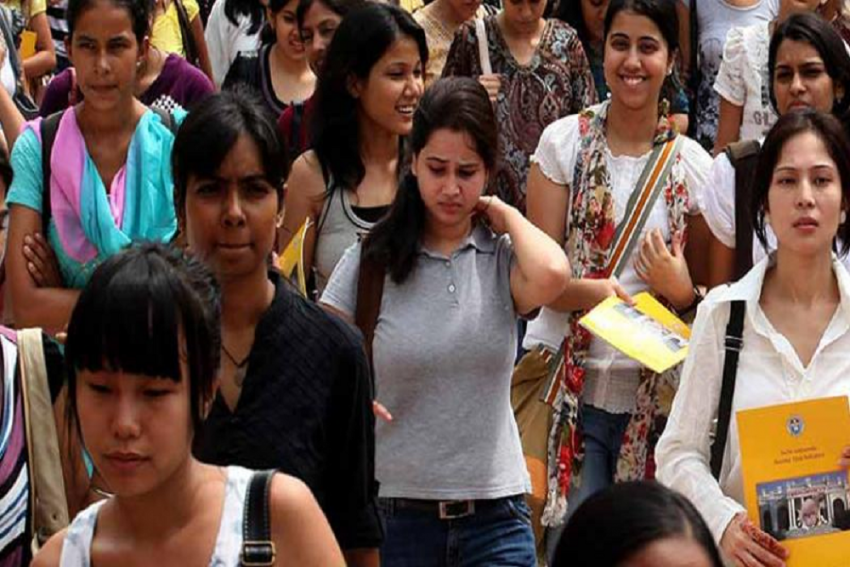 PTI FILE
Outlook Web Bureau April 05, 2018 00:00 IST India Is The Nation Of The Most Unemployed In The World: Labour Bureau Statistics 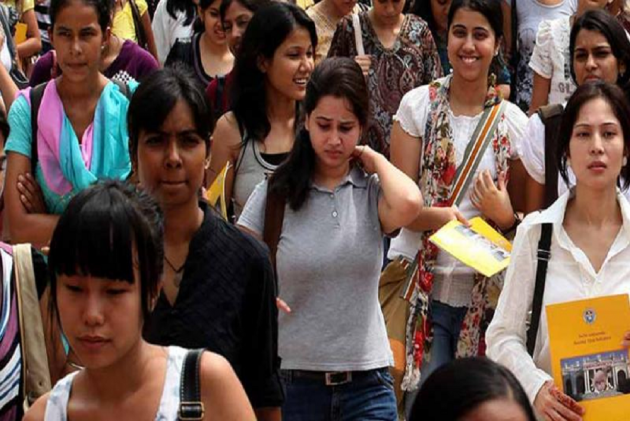 According to the Labour Bureau statistics, India has, today, become the nation of the most unemployed in the world; in the inclusive growth index we are at number sixty and in this case, we are far behind our neighbours.

On the economic development front, inequality and increasing unemployment is the biggest challenge for the fast emerging India. Self-employment opportunities are declining in the country and jobs are continuously decreasing.

But at the same time, another picture is that India is one of the fastest growing peak economies in the world. At some point in time, we have managed to climb up 30 places in the 'Business Accessibility Index'. So the question arises that what is the path of development that we are going to follow to ensure employment generation and equality for everyone?

Indeed, the pace of increasing inequality in India has reached historically high levels. The gap between the rich and the poor has increased alarmingly. This situation is the result of our unemployment growth and non-public spending on GDP growth path.

In the last few decades, most of the countries in the world have developed their economies, but due to privatisation, public capital, and resources have been reduced to the hands of selected few.

In India, economic reforms were implemented in the nineties. Since then, there has been an unprecedented creation of wealth in the country. According to the Credit Suisse Global, multinational financial services company, since 2000, there has been an increase in the value of 9.9 percent annually in India, while its global average has been only 6 percent.

But its benefits have not been found in the large population of the country. Despite India's share in global assets (sixth), the average assets of Indians are much lower than the global average.

In the meanwhile, the inequality has expanded in the distribution of public resources in the country and nearly one-third of the population is still forced to live below the poverty line. The condition is that India has slipped to the hundredth place in the Global Hunger Index of 2017, and in this case, Bangladesh, Sri Lanka, Myanmar and many African countries have a better performance than India, while we were at 97th in 2016.

According to Oxfam, only one percent of the people on the global level have only 50 percent wealth. But this figure stands at 58 percent in India and 57 billionaires have assets equal to 70 percent of the country's population.

According to another report from Oxfam, 'The Widening Gaps: India Inequality Report 2018', economic inequality in India is increasing rapidly. In the country's GDP, 15 percent of the wealth has been made, while the share was 10 percent five years ago.

India is the second largest country in the world in terms of population. About 65 percent of the population in the country has an average age of less than 35 years. Such a large young population could be our strength, but due to lack of adequate employment in the country, a large number of youth is unemployed.

According to data from the Economic Cooperation and Development Organisation, the number of young unemployed in the country is very high. This is causing the feeling of dissatisfaction in the society.

Similarly, in spite of all efforts, the participation of women in the total labor force of the country is only 27 percent (In the labor force, household work and care, such as unpaid work is not included). The latest estimates from the World Bank show that in the period from 2004-05 to 2011-12, 19.6 percent of the women moved out of labor force, which is a major drop.

The importance of women's involvement in the labour force can be understood in such a way that the International Monetary Fund estimates that if the presence of women in India's labor force becomes as much as that of men, then it will help in increasing our GDP by 27 percent.

In the Sustainable Development Goals (SDGs), a special emphasis in Goal 8 has been given to 'continuous inclusive and sustained economic development for all, to promote full and productive employment and better work' by 2030. Also mentioned in the same goal - 'By 2020, substantially reduce the proportion of youth not in employment, education or training'.

The Ministry of Skill Development and Entrepreneurship was formed in 2014 by the government. After which the Pradhan Mantri Kaushal Vikas Yojana was launched in 2015. Its aim was to develop the skill of the youth to make them self-employed. But there were many obstacles to the success of this scheme.

Before the scheme started, there was no pre-assessment done of the requirement of the industries and the kind of skills that were being provided to the youth, resulting in a total mismatch when the scheme was launched. The level of training being provided was also below standard and not of the highest quality.

Workers of India are passing through a kind of transition period. The agricultural sector's contribution to the GDP is around 13 percent, but still half of India's population depends on agriculture. On one hand, the agricultural sector is not able to bear this pressure; on the other hand, people here are not required to have the skills required for other jobs. Perhaps, that's why the cost of MNREGA increases.

MNREGA is the only law in our country that guarantees 100 days of employment to all in rural areas. Although there have been many questions arising out of this, due to being only rural centric, guaranteed for only 100 days, corruption and other problems related to implementation, the importance of MNREGA cannot be denied.

In the concept of inclusive development, the development of people of all sections of society, castes, and communities have been included. In this scale, aspects like living, health, education, and environmental status are judged. In the coming days, if we continue to follow this model of development while ignoring the inclusive growth, the inequities will get deeper.

Therefore, it is necessary to increase the public expenditure on basic services such as education and health, and pay special attention to employment generation.

The views expressed in the above article are that of Javed Anis of Charkha Features.