India vice-captain Rohit Sharma continued his red-hot form, hitting yet another fifty in the ODI series finale against the West Indies at Cuttak on Sunday 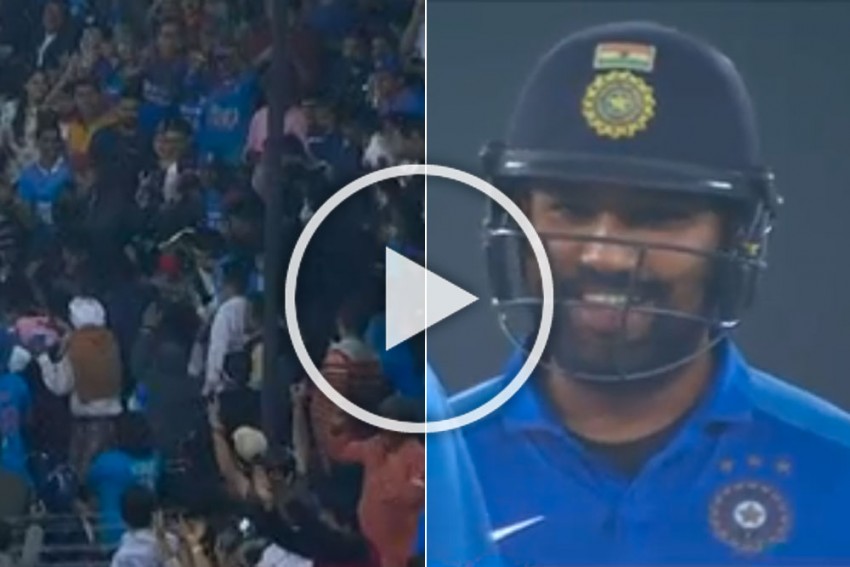 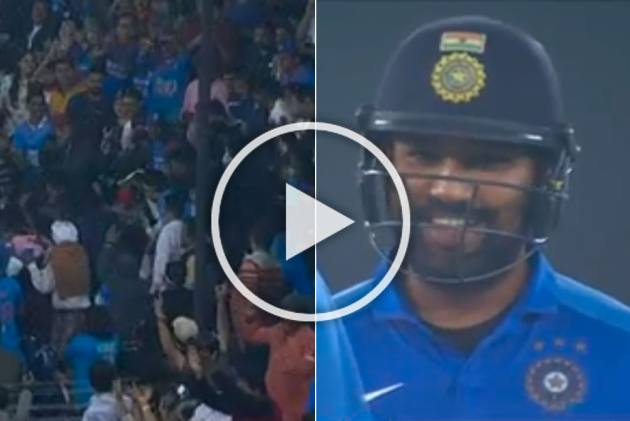 In the ODI series finale against the West Indies at Cuttack on Sunday, vice-captain Rohit Sharma and his opening partner KL Rahul laid a solid foundation for India. Both hit fifties as India look all set to chase down West Indies' 315 and end the year on a high.

They have posted yet another century stand, fifth this year. During the stand, the duo played some outlandish shots, but the best of the lot, so far, was a massive six by Rohit. Predicting the length and line of the ball well before the delivery, Rohit shimmied down the track and launched a mighty six over mid-wicket. It landed deep inside the stand.

Earlier, Windies skipper Kieron Pollard saved his best for the last along with a savage Nicholas Pooran as the visitors posted a commendable 315/5.

The Windies left it late with Pooran (89) and skipper Pollard (74 not out off 51 balls) taking the Indian attack into smithereens stitching together a stand of 135 runs from 98 balls.

The Indian bowling attack that looked steady during the first 40 overs, knocked 118 in the last 10 overs to get past the 300-run target.

The Windies skipper smashed seven sixes and three fours en route to his unbeaten knock while Pooran stepped it up, hitting three sixes and 10 fours in his knock from 64 balls.