Indian fast bowler Mohammed Shami was at his devastating best, demoralising Bangladesh batsmen with his bouncers on Day 1 of the Day-Night Test at Eden Gardens, Kolkata 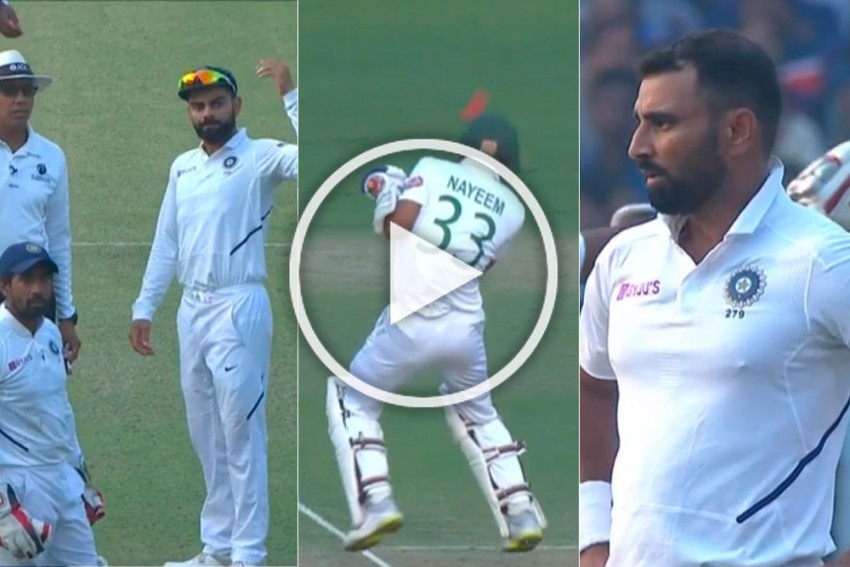 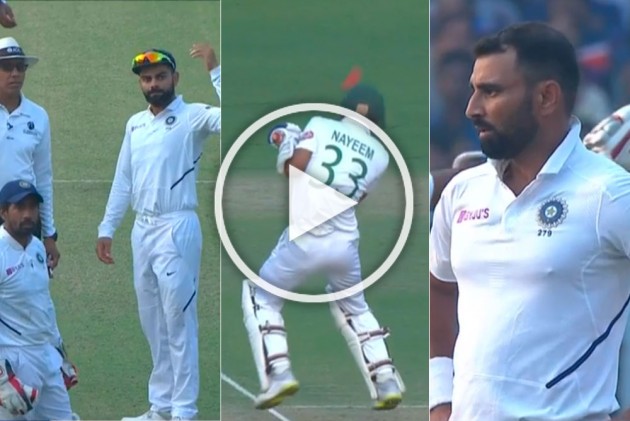 India didn't need wickets as Mohammed Shami emerged as helmet killer on Day 1 of the first-ever Day-Night Test in the country. Batting first, Bangladesh already have two batsmen under concussion observation inside 23 overs. That's the worrying aspect of the historic pink-ball Test at the iconic Eden Gardens, Kolkata on Friday.

First, it was Liton Das. A Shami bouncer hit him on the helmet in the 21st over. The Bangladesh batsman braved the jolt for some time, then retired hurt in the next over, giving the umpires the chance to the lunch. Bangladesh were 73/6 in 21.4 overs.

Soon after the lunch, Shami hit Nayeem Hasan on the helmet. The batsman needed medical attention. For a while, everybody looked concern. After a lengthy consultation in the middle, also involving Indian physio, the batsman continued batting. But he will remain a worry for everyone. Getting on the head by a cricket bounce is not good.

Somebody's got to tell #Shami that these Bangladeshi have come into the Indian Land legally, completing immigration procedure.
He is on a mission to murder to them! ðÂÂÂÂ¤£ðÂÂÂÂÂÂÂÂÂÂÂÂðÂÂÂÂÂÂÂÂÂÂÂÂ#PinkBallTest #pinktest #INDvBAN

But I feel Bangladesh should just declare their innings. Shami is looking to just hit the bowlers now. This is the toughest phase to bat. Let #TeamIndia bat. This would be their best chance in this game. #INDvsBAN #INDvBAN

Bangladesh bundled within 3:30hrs!
I can't remember the last time I saw an Indian bowling attack scaring the opposition like this!
Ishant, Umesh, Shami! ♥ï¸ÂÂÂÂâÂÂÂÂÂÂÂÂðÂÂÂÂÂÂÂÂ®ðÂÂÂÂÂÂÂÂ³ðÂÂÂÂÂÂÂÂ¥#INDvBAN #PinkBallTest

Can't believe my eyes
All 10 wickets goes to Indian fast bowlers in India
Spinner has got just one over, that too Change the ends ðÂÂÂÂÂÂÂÂÂÂÂÂ

Earlier, Bangladesh captain Mominul Haque won the toss and elected to bat. Bangladesh made two changes to the team that was thrashed by an innings and 130 runs in the first Test of the two-match series in Indore. Off-spinner Nayeem Hasan and pacer Al-Amin Hossain were drafted in place of Taijul Islam and Mehidy Hasan.

India have gone with an unchanged team.