Opponents have been vanquished, critics have gone mute and opinion polls are predicting a cake walk for Modi in 2019. 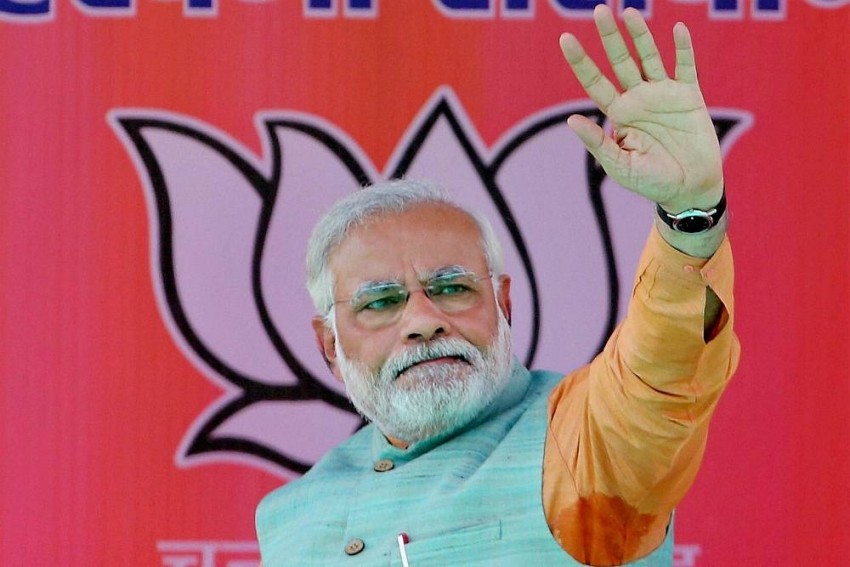 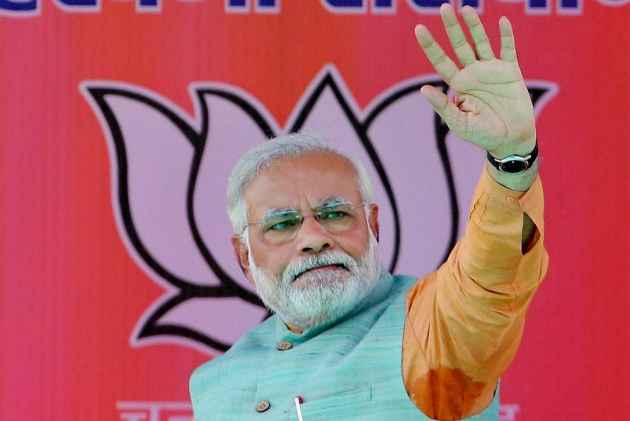 On the completion of three years in office Narendra Modi is being hailed as one of the greatest Prime Ministers India has seen in seven decades. In political terms and sustaining charisma Modi has no parallel. But he has assured his place in history because of the profound transformation he has brought about in the social sector and the manner in which he managed economy and diplomacy.

Opponents have been vanquished, critics have gone mute and opinion polls are predicting a cake walk for Modi in 2019. This is a fascinating journey from reproach and opprobrium in 2014 to skepticism a year later to the highest ever approval ratings three years later that today Modi critics are a motley crowd groping in worst confounded confusion not able to find their way.

Modi has emerged the political phenomenon India has never seen before. Popular leaders like Indira Gandhi, Rajiv Gandhi and V P Singh who came with massive mandates earlier lost their Teflon sheen half way through their tenure. Mind it, Modi was Chief Minister of Gujarat for twelve years before he became Prime Minister.  He won thrice in succession that state for BJP and when he contested for Prime Ministership that state gave him 26 out of 26 seats in the Lok Sabha. Since then Modi has won every single election be it assembly, bypolls or local bodies all over the country. Bihar and Delhi assembly are the only exception and last month’s corporation victories have almost nullified the earlier defeat. This is a feat no other politician in the country has achieved in the past.

Modi has proved the mascot of victory with party chief Amit Shah being the Arjuna in the battle field. Modi’s immense popularity has taken the BJP to power in new areas where the party never imagined to rule on its own. These include Haryana, Maharashtra, Jharkhand, Jammu and Kashmir, Assam, Manipur, UP and Arunachal.  It is this political invincibility that has created the unprecedented stump for the Opposition sparring at Modi on all frivolous counts.

How did Modi achieve this political capital which today has become the biggest puzzle for his adversaries and critics.  Good economics as good politics and commitment to transforming the lives of the poor are the two planks Modi built his credibility on. He is seen as a politician different from the rest. In three years Modi has emerged the messiah of the poor and his promise to play the role of “pradhan sevak” and guarding every single penny of the national exchequer still rings a bell in the mass psyche.

Which other politician has been able to reach free cooking gas connections to forty million families in such a short span? No other government in the past was able to make 350 million Indian Indians bank account holders and majority of them get free insurance and health cover. The Pradhanmantri Awas Yojana loan scheme has become a big hit everywhere. In such a short span four and a half crore toilets have been built and swachata has become a popular national campaign. No other government has in the past allocated four lakh crore for infrastructure building. Be it port, village roads, highways, waterways or wifi.  This has ignited dreams in billions of hearts.

Modi has successfully made development a political agenda. On the completion of one year the advertisement released today by the Kerala CPM government almost read like the Modi government’s action plan. Rather Modi has triggered a political competition on development. This way Modi has changed the national political narrative. In place of emotive issues like caste, religion, language and parochialism, under Modi investment and development have come to dominate political debate. Modi has brought economics to the central stage of politics. And other parties have been forced to adopt the new normal.

Surgical strike and demonetization proved two defining initiatives of the Modi government. The first one made the recalcitrant Pakistan totally out of sync with its own long nurtured strategy. That country stands condemned today as the incubator of terror forcing the US to enforce a 60 per cent cut in aid. The US President Trump has characterized India as a victim of terror. Modi has in the last three years been able to insulate India from all terror attacks and confine the cross border terror to skirmishes in Kashmir, which is no small achievement.

In note ban Modi played the self disruptionist par excellence and proved both economists and political critics wrong. Not only that the transition in the last six months was almost painless but as he said “hard work won over Harvard.” India today is growing at 7.9 while the world is growing at 3.1 per cent. In 28 years for the first time Moody’s have downgraded China. India is being seen as the brightest star on economic front. Sensex is reaching newer heights, inflation is down and lending is picking up.  The Start Up and Make in India missions of Modi are bringing new technology and investments, opening the prospect of India turning a manufacturing hub.

The BJP never had it so good as under Modi. His simple life style, selfless devotion to nation building have generated so much political gravitas for the party that it is attracting youth and talent as never before. Most party workers see Modi as a personification of party ideology and goal. Like party, the nation is on the move marching to a welfare mode under Modi.

(The author is a senior journalist, political analyst and  former Editor of Organiser Weekly  He tweets as @drbalashankar.)