The Uddhav Thackeray-led party alleged that on the one hand, the government will try to break the agitation, while on the other it would chant the slogans of 'Jai Kisan'. 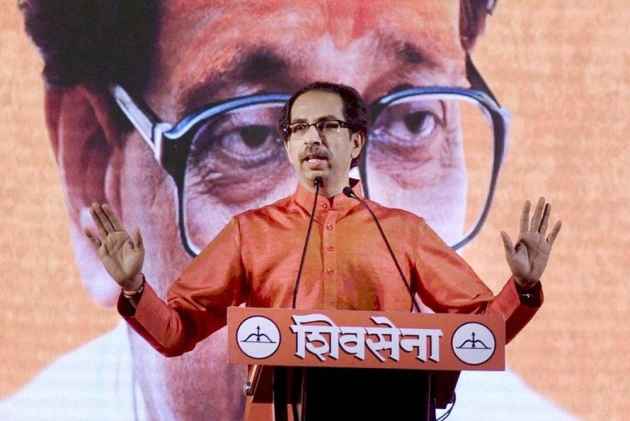 Coming out in support of the ongoing protest by dairy farmers in Maharashtra, the Shiv Sena on Tuesday sought to know why the government cannot hike the milk procurement prices when it can spend crores on big-ticket projects like the bullet train.

Farmers' organisations in the state have launched a protest to demand a hike of Rs 5 per litre in milk procurement prices. As part of the protest, which began early Monday, milk tankers are being blocked in several districts of Maharashtra by protesters.

"This agitation cannot be ignored just because it was launched by (farmer leader) Raju Shetti. Farmers neither belong to any particular religion or caste, nor any political party. Over 3,000 farmers have ended their lives in the last four years and majority of them had voted for (Prime Minister Narendra) Modi," the Sena said.

"Last year's strike by farmers to press for their demands was a disgrace for the government. Now, instead of suppressing the ongoing agitation of dairy farmers, the state should think about how it can provide relief to them," the party said in an editorial in its mouthpiece 'Saamana'.

The Uddhav Thackeray-led party alleged that on the one hand, the government will try to break the agitation, while on the other it would chant the slogans of 'Jai Kisan'.

While the government has fixed Rs 27 per litre as the procurement price of milk, currently it is being procured only at Rs 16-18, the party said.

"The Goa and Karnataka governments give Rs 5 per litre subsidy to milk farmers. So what is wrong if the farmers in Maharashtra also seek a similar relief? The government is spending thousands of crores on bullet train, Samruddhi Corridor and Metro rail projects. It is even taking a loan for the bullet train, but not willing to increase the procurement price by Rs 5. PM Modi announced a hike in MSP for agricultural goods, but Chief Minister Devendra Fadnavis should clarify whether the farmers in Maharashtra will also get that benefit or not," it added.

The farmers, who once voted Modi to power, have now became disillusioned and distressed, it said adding, "In the recent Bhandara-Gondiya Lok Sabha bypoll, the BJP was defeated by the farmers and the party's win in Palghar bypoll is meaningless."

The Sena said that people tolerated the all-time high fuel price hike, but for these farmers, increase in the milk procurement price is a matter of life and death.

"Where does the stubbornness, with which the government is trying to implement the Nanar refinery and bullet train projects, go when it comes to giving justice to farmers?" the party asked.