Scarry scenes engulfed Australia's net session on the eve of their high-profile IC Cricket World Cup 2019 group match against India after David Warner shot hit Jai Kishan, a British fast bowler of Indian origin, on the head at The Oval 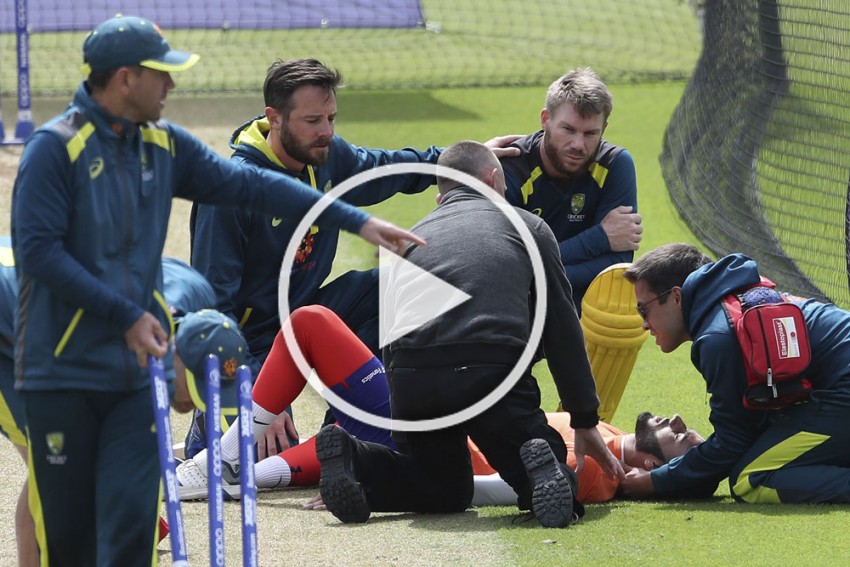 Australia's David Warner, second right, reacts as paramedics attend to a net bowler, lying on ground, after he was hit on his head by a shot played by Warner during a training session ahead of their ICC Cricket World Cup 2019 match against India at The Oval in London on June 8, 2019.
AP Photo
Outlook Web Bureau 2019-06-08T18:25:51+05:30 ICC Cricket World Cup, IND Vs AUS: Indian-Origin Net Bowler Hospitalised After Getting Hit On Head By David Warner – VIDEO 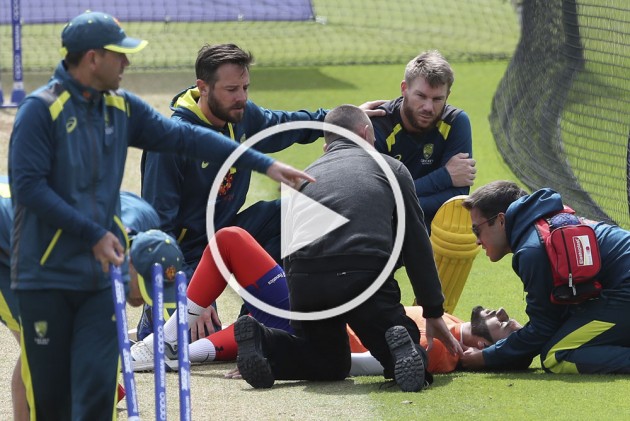 Australian team’s practice session on the eve of high-profile ICC Cricket World Cup 2019 group match against India came to a temporary halt after a net bowler of Indian origin was hit on the head by a cracking drive from David Warner at The Oval, London Saturday.

It was during the end of the second hour when Jai Kishan, a British fast bowler of Indian origin was hit on the head trying to stop a David Warner shot.

Jai Kishan winced in pain before collapsing to the ground and the medical staff was rushed onto the field.

To everyone’s relief, the player was responding as the entire Australian team stopped their session.

A concerned Warner sat beside the player and subsequently called off his net session.

The Australian team’s support staff along with local staff then helped him to be stretchered off the ground and was taken to a nearby medical facility.

“I have got a hit on the head. I am doing fine. My name is Jai Kishan and I am a fast bowler,” the player said before being taken into the ambulance.

It is expected that he would be under observation for a minimum 24 hours since he sustained an injury on the head.

“From Surrey medical facility, he has now been taken to hospital for precautionary measures. He was conscious when he was taken to the hospital. We will provide further updates when available,” ICC venue manager Michael Gibson informed the media.