'I Made A Mistake In A Slip Of Tongue, But People Of Karnataka Will Not': Amit Shah On Calling Yeddyurappa 'Corrupt'

"In a slip of tongue, I said that Yeddyurappa Government is corrupt instead of Siddaramaiah's, and the entire the Congress party started to rejoice. I want to tell Rahul Gandhi, that I might have made a mistake but the people of Karnataka will not," 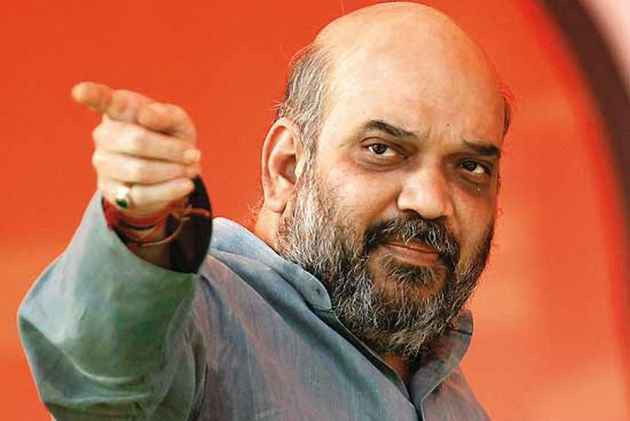 After his recent slip of tongue where he called his Karnataka Chief Ministerial candidate BS Yeddyurappa the 'most corrupt', BJP chief Amit Shah on Friday said that he might have made a mistake, but voters will not do the same in the upcoming state assembly elections.

Accepting his mistake, while addressing Navashakti Samavesh of three assembly constituencies leaders here, the BJP chief hit out at the Congress party for rejoicing his gaffe.

"In a slip of tongue, I said that Yeddyurappa Government is corrupt instead of Siddaramaiah's, and the entire the Congress party started to rejoice. I want to tell Rahul Gandhi, that I might have made a mistake but the people of Karnataka will not," Shah said.

Further raising question on Congress chief Rahul Gandhi's leadership, Shah said that the party lost all elections since 2014 and now its Karnataka's turn to elect the BJP government in the state.

Earlier, while addressing the media, the BJP chief trained gun at Karnataka Chief Minister Siddaramaiah, over the alleged killing of BJP and Rashtriya Swayamsevak Sangh (RSS) workers in the state and said that the justice will be ensured to the victims once his party comes to power.

"I condemn the killing of BJP and RSS workers under the Congress party rule. More than 24 workers have died and the police have not taken any action against the killers, they are roaming around free," Shah said while addressing the media.

It was on Thursday, when during a media interaction, while rattling allegations against the Siddaramaiah government, Shah said, "Recently a retired Supreme Court judge said if there was ever a competition of the most corrupt government then the Yeddyurappa government is number one."

The Karnataka Assembly elections will be held on May 12, while the counting of votes will be done on May 15.(ANI)