I Am Not B Team Of Chhattisgarh CM Raman Singh: Ajit Jogi 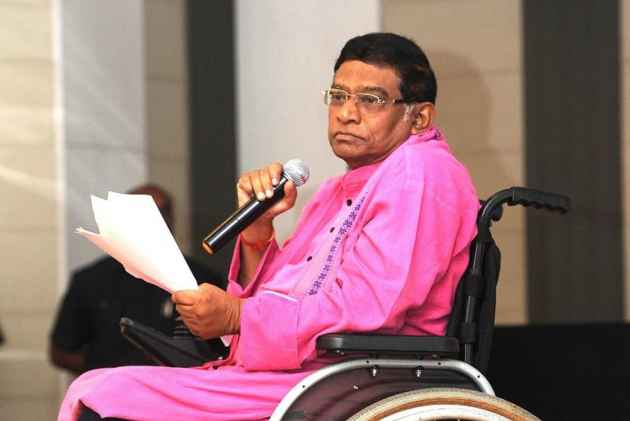 Terming the Congress as "irrelevant and obsolete", first chief minister of Chhattisgarh Ajit Jogi today dismissed suggestions that he was B team of the BJP and said he would contest against incumbent Raman Singh and his party in the upcoming elections in the state.

Jogi said it was his faith in the judiciary that all these baseless charges were dropped against him and his son.

He said that a 'mahagathbandhan' (that is anti-BJP) was needed for the 2019 general election, but not for the Assembly polls due in the state later this year.

To a question whether the proposed alliance of the BSP and the Congress would be detrimental to his party in the state, the former bureaucrat-turned-politician said such a coalition has not yet materialised and that his party would assess the situation once such a situation emerges.

"See whether the (BSP-Congress) coalition would happen or not, it (future course of action) will be decided only then. There may be some gains and losses. But, whenever such a coalition take place then we will assess this. As of today, we are contesting all seats in the elections," Jogi said.

Criticising both the Congress and the BJP for being run from Delhi, he said what Chhattisgarh needs today is a state-centric approach.

There is no opposition to the Congress, except the fact that it is a national party and all its decisions are taken in Delhi, he said.

"We want that Chhattisgarh should get solutions to all its problem within the state itself,” Jogi said.

He said that his main opposition is the BJP.

Jogi said he would contest the polls against Chhattisgarh Chief Minister Raman Singh from his own Rajnadgaon constituency.

He said his party 'Janta Congress Chhattisgarh' will field candidates in all the 90 Assembly seats in the state and form government on its own.

Jogi said there was no scope for him to go back to the Congress.

"It is so because I have taken a very conscious decision to leave the Congress and form my party (JCC). Going back to the Congress is a closed chapter," he said.

On prospects of the grand alliance or Mahagathbandhan, he said such a coalition is necessary for the 2019 general elections.

"It is not the necessity for the 2018 Assembly polls," Jogi said.

When asked about plans to check naxalism, he said bullets cannot find solution to this problem.

"We need to open doors for dialogue to solve this problem. Bullets should not be the reply to bullets. We need to work for the socio-economic development of naxalism affected areas," Jogi said.