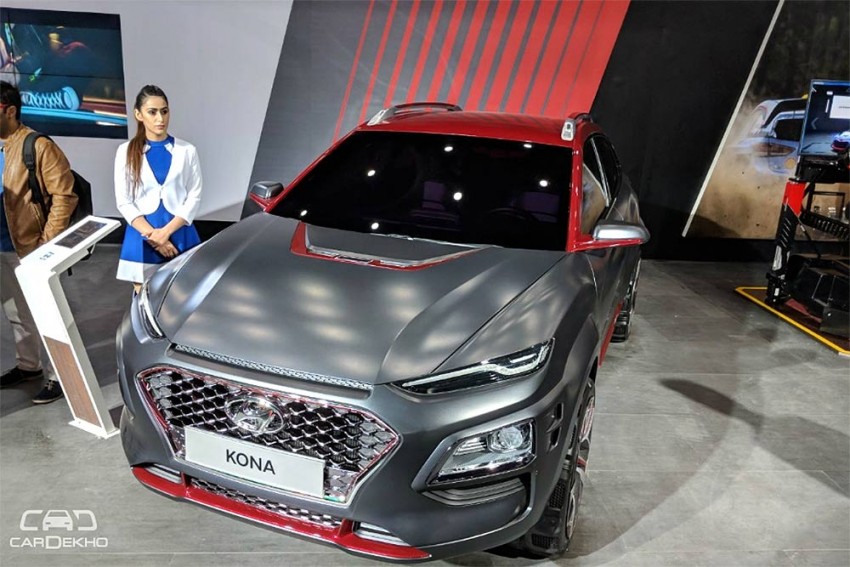 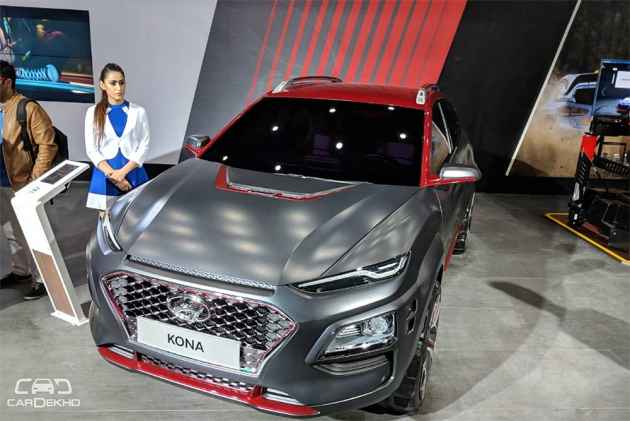 Hyundai has unveiled the Kona Iron Man EV at the Auto Expo 2018. The company plans to launch the compact electric SUV in India via the CKD (completely knocked down) route in the year 2019. Given the craze for SUVs in our country, Hyundai’s CEO, Y K Koo, thinks the Kona is the ideal offering to lay the foundation for its future EVs.

The Kona EV’s design is similar to the standard model which sports a chic yet butch looking exterior. At the front, it gets sleek LED headlights and a trapezoidal grille which houses the company logo. The side profile sports a strong shoulder line, blacked out roof rails and multi-spoke alloy wheels. The rear is in sync with the front and features a squat stance with wraparound tail lights and fog lamps just below. The Kona Iron Man EV is a sassier version of the SUV with design elements inspired by Marvel Universe’s superhero, Iron Man. The Kona Iron Man edition is finished in matte black and gets maroon accents on the bumpers, side skirting and on the roof. The Iron Man edition is 40mm wider than the regular Kona and also features flashy 19-inch alloy wheels capped with the superhero’s mask.

Earlier, it was reported that the Kona would arrive in our country with conventional powertrains and positioned between the best-selling Creta and the Tucson. The plan has now been cancelled in favour of a pure electric version. The Hyundai Kona is already on sale in the US, Australia and the UK with petrol and diesel-powered engines. The Kona EV was first showcased at the 2017 Frankfurt Motor Show.