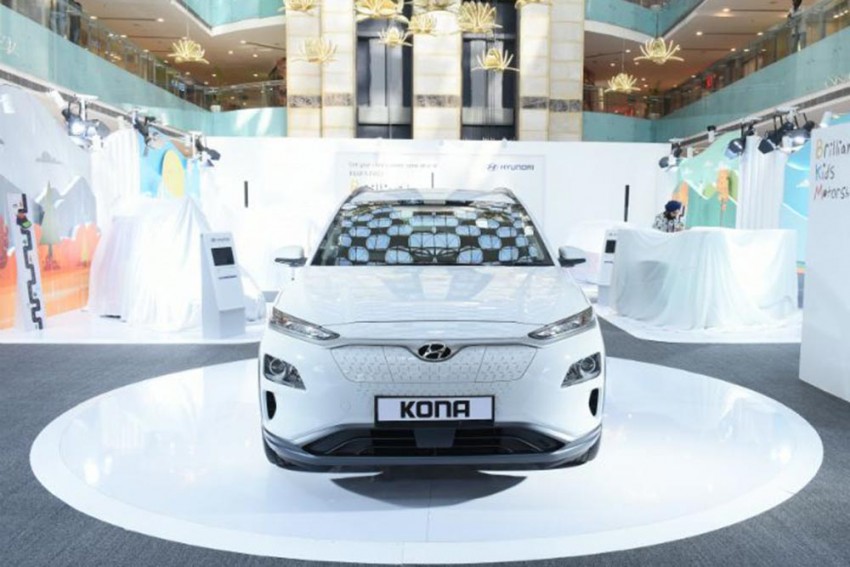 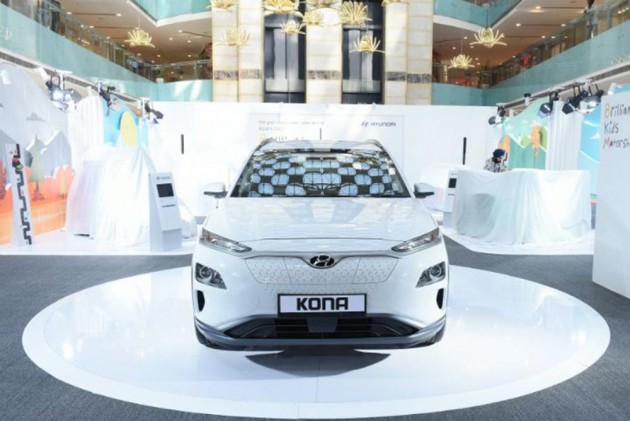 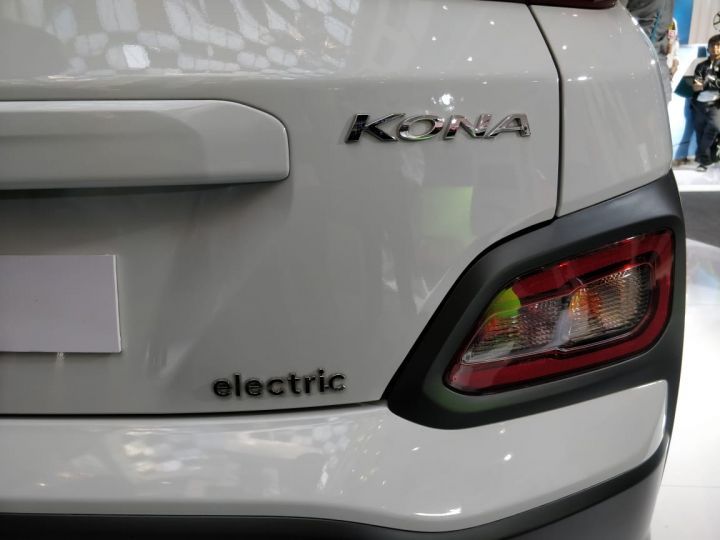 Earlier this year, Hyundai confirmed that it will be bringing the Kona Electric to India in 2019. The South Korean carmaker had also confirmed that the car will be assembled right here in India. Although we had seen the fossil fuel-powered version of the car, the Kona, at the 2018 Auto Expo, the EV has eluded us so far. However, we’ve finally seen what it looks like after Hyundai chose to showcase the Kona Electric at the recently held ‘Brilliant Kids Motorshow 2018’ in Gurugram.

The Kona Electric looks less like an SUV and leans more towards the crossover side of the spectrum. It is significantly larger than the Hyundai Elite i20 in terms of length, width and wheelbase but is not near as tall as the Hyundai Creta. It’s stance is best compared to that of the Maruti Suzuki S-Cross. But it is quite a striking looking thing, to say the least. It looks quite futuristic with its inverted headlamps and closed off radiator grille and a unique set of wheels. The cabin too looks premium and minimalistic, in a good way. But that’s not all we gathered from our encounter with the EV. 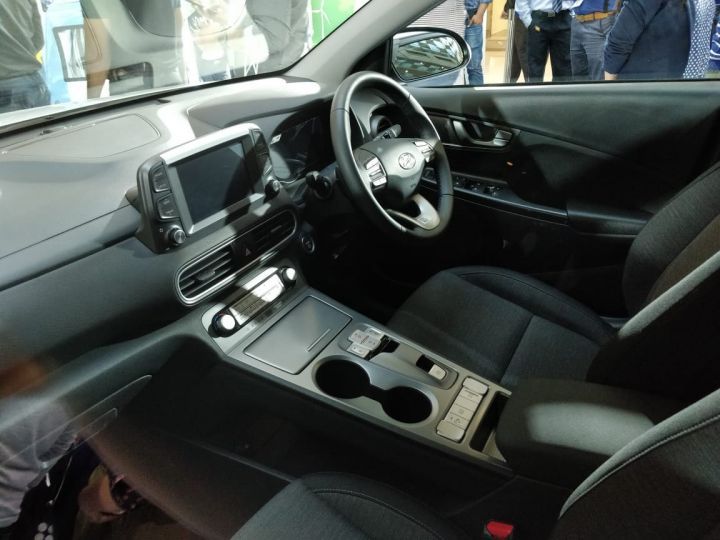 The details pertaining to the entry of the Kona have so far been scant. But our conversation with a Hyundai spokesperson revealed that the company will be bringing in the 39.2kWh version of the car to India. It will offer 312km of range on a full charge and will be offered with a home AC charger (slow), which will be included in the cost of the car. Hyundai will also be looking to develop charging infrastructure in partnership with third-party electric solution providers. This will include fast charging outlets at strategic locations and Hyundai dealerships in major cities across the country. However, whether this service will be free or chargeable will depend on government policies. Hyundai could introduce the 64kWh variant of the Kona Electric at a later stage. But that depends on how well the Kona Electric performs in the Indian market and whether there’s a substantial demand for a variant that offers an enhanced range.

When launched, the Kona Electric will be priced around Rs 25 lakh, which will take it closer to the luxury end of the market. Hence, a low sales volume can be expected, at least initially. In addition, Hyundai also confirmed that there is no immediate plan to bring out a smaller EV than the Kona in the near future.