Andhra Pradesh Chief Minister Chandrababu Naidu is having a trying time controlling his leaders who seem to be handling power badly. 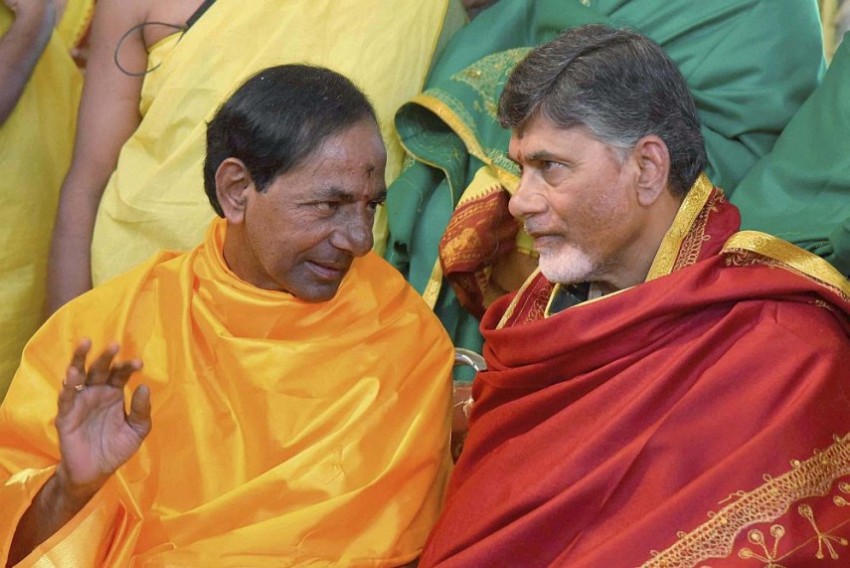 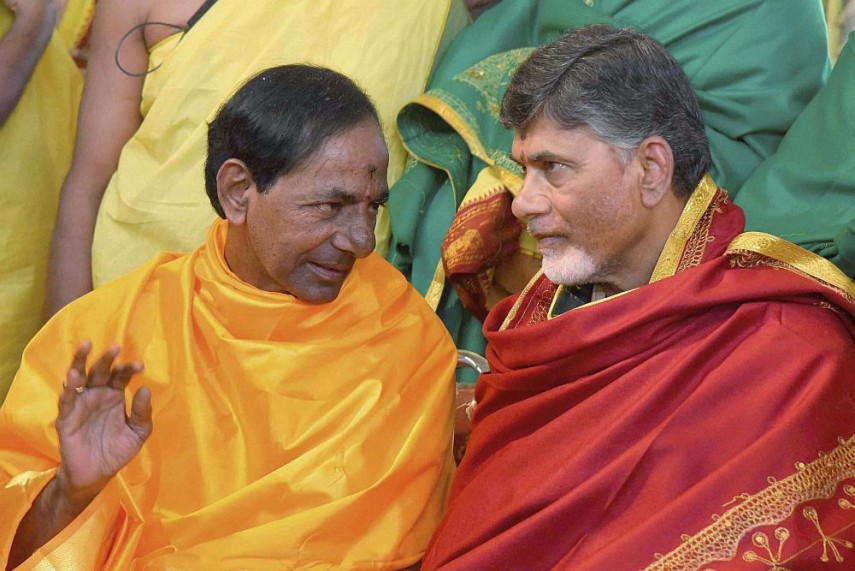 Seamy tales in times of Naidu

Andhra Pradesh Chief Minister Chandrababu Naidu is having a trying time controlling his leaders who seem to be handling power badly. Social Welfare Minister Ravela Kishore Kumar Babu's son, Ravela Susheel Kumar, has been arrested under the Nirbhaya Act for stalking a woman and trying to pull her inside his car. The incident took place on Road No 13, Banjara Hills at 4 pm recently. CCTV footage showed Susheel's car slowing down near a burqa-clad woman who hurries on after a few words with the car's occupants. The car then follows her. The lady, a schoolteacher, told the police about a man with a tattoo, later identified as Susheel and his driver Ramesh, who tried to drag her inside the car. Susheel claimed that he was trying to pick up a puppy on the road which the lady objected to. But after two days, Susheel surrendered to the police and has been sent to Chanchalguda jail. Ravela Kishore Babu later held a press meet and said his son had been framed by YSR Congress leader Jaganmohan Reddy through morphed CCTV footage. The claim was instantly rubbished by both the Telangana police and YSR Congress, whose MLA Roja sought to know if the TD would now say that it was Jagan in the burqa. Naidu is said to be furious with the Minister and it is quite likely that Ravela Kishore Babu will be stripped of his portfolio in the next Cabinet overhaul.

Naidu's brother-in-law Nandamuri Balakrishna has also added to the former's woes with his tasteless remarks at a film function. Addressing his fans, Balakrishna said that they did not like it if he was the one chasing heroines in films. "I either have to kiss them or make them pregnant," Balakrishna said as many guests on stage and off it clapped and laughed. As his remarks created an uproar, Balakrishna was quick to issue an apology. "My comments made during the audio release function of Telugu movie Savitri were not intended towards anybody. If anybody got annoyed by my remarks, I apologise to them," he said. "I have utmost respect for women," said the actor explaining that the remarks had been made while explaining the usual storyline for his films as per the taste of his fans.

A fight with temple authorities

Meanwhile, Anam Subhakar Reddy, the son of senior TD leader Anam Ramanarayana Reddy, created a scene at Srikalahasthi temple on Mahasivaratri day when he got into a fight with temple authorities. Subhakar protested when he was denied VIP treatment by temple authorities. He threatened to get the temple staff transferred using his clout and was finally pacified only after the chairman P Gurvaiah Naidu intervened and ensured a darshan for him. In his earlier stint as Chief Minister, Naidu would immediately discipline such elements in the party but after the State's bifurcation, Naidu has a huge load of financial constraints and the Capital building is adding to his stress, say leaders.

Wickets continue to fall in the Telugu Desam in Telangana. Two more of its MLAs are all set to join the TRS. Greater Hyderabad city president and Jubilee Hills MLA Maganti Gopinath and Serilingampally MLA Arikepudi Gandhi will be joining the ranks of the Telangana Rashtra Samiti soon in the presence of KCR. Both the MLAs feel that the TD has lost its significance in Telangana and see a future only in the TRS. Last month, five MLAs, including Telugu Desam Legislature Party leader Erraballi Dayakar Rao, joined the TRS. It is rumoured that another MLA Sandra Veeraiah, an accused in the cash-for-vote scam, has been reaching out to the TRS as well. TD's LB Nagar MLA R Krishnaiah too is said to be unhappy with Chandrababu Naidu for not being given due importance in the party. Now this would leave Revanth Reddy, the main accused in the cash-for-vote scam, as the lone soldier of the Telugu Desam. Since Revanth and the TRS share a bitter history, political observers say the Congress would be a more likely shelter for him. If this plot indeed pans out as narrated, then Naidu’s party would be reduced to a duck in the Telangana Assembly.

A steep power tariff hike lies in store for consumers in Telangana. Both the Telangana Southern Power Distribution Company Limited and Telangana Northern Power Distribution Company Limited have proposed a steep hike to bridge the revenue deficit. Only those who consume 100 units or less of power might be spared. An increase of more than Re 1 has been proposed for households which consume more than 400 units per month. Both the power distribution companies are expecting a revenue of Rs 1,958 crore through the proposed hike. 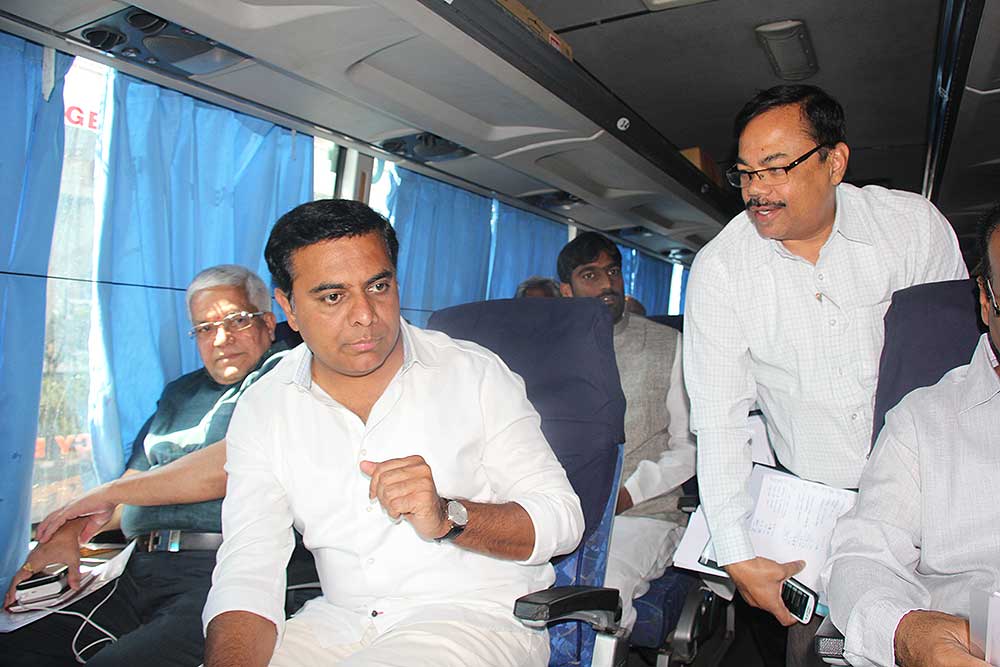 Telangana IT, Panchayat Raj and Municipal Administration Minister K T Rama Rao has been in the news for reasons other than politics of late. He has been sporting a new hairstyle which is evidently causing many to question him on the matter. With his hair combed sideways with a parting, the old-world style, KTR's hairstyle looks very similar to that of his father, Chief Minister K Chandrasekhar Rao. Not one to hesitate taking a pot-shot at himself, KTR recently tweeted a cartoon of Calvin and Hobbes with the line "what's with your hair?" This was accompanied by a photograph of himself.