Birju Maharaj turns 80 today, while Padma Subrahmanyam hits 75. A look at two top-most exponents of Kathak and Bharatanatyam on their birthday: 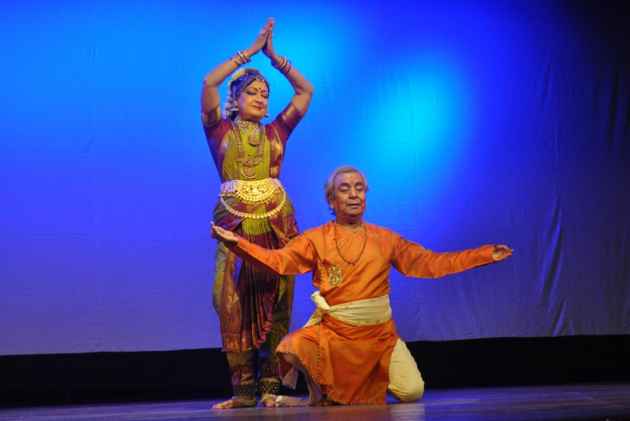 In 1938, K. Subramanyam made a Tamil film that portrayed the life of an abused wife who eventually redeemed herself from the throes of prostitution into which she was pushed after a bitter marital life. The 210-minute Sevasadanam was released in a year when, up north of undivided India, a leading Kathak exponent in Lucknow became a father that spring along the Gangetic plains.

As if symbolising his birth-time season, the little boy went on to be reputed as one of the country’s—and world’s—floweriest dancers. While, down south, in Madras, Subramanyam directed yet another female-centric film in 1945—the year his (first) wife delivered a girl who was to become not just their proud daughter but that of the ancient Indian performing classical art.

Today is the birthday of both the children from the above stories. Kathak icon Birju Maharaj hits 80, while his Deccani counterpart of sorts Padma Subrahmanyam of Bharatanatyam turns 75.

On the occasion, Outlook takes winds back to a performance where both the artistes came on stage together in recent past. It’s an invocatory item, uploaded on YouTube half-a-decade ago. Apparently the start of a show that has more choreographic pieces to follow, this nearly seven-minute number brings two of India’s top dance-forms on the same platform through their most luminous of representatives with immense popularity among the general public as well as discerning connoisseurs. The curtains part with the recital of shloka in a Carnatic raga typically sounds to evoke an ambience of propitiousness. The accompanists are largely practitioners of the south Indian system, with the vocalist holding the nattuvangam: the rhythm-keeping instrument comprising two rounded metal pieces (of copper and iron each) having a thick thread each towards their non-striking end. The rest of the instruments, too, are predominantly from the peninsula: the saraswati veena, mridangam and the ghatam, besides the pan-Indian flute (while the north’s sitar seen on one end.)

So goes the Sanskrit verse, bearing the meaning, “O lord with the twisted trunk (which is a reference the elephant-head god Ganesha), with the dazzling brightness of a billion suns, always remove the obstacles when I am on an auspicious undertaking.” And, representing the theme, the two dancers offer puja to the gods—obviously in body languages that differ in accordance with their style of dance. The colour of the costume of the female and male figures isn’t the same, but there is obviously good degree of thought to make them look matching. The ragas later go into territories that have commonness in the tunes south and north of the country—Revati (Bhairagi Bhairav) and then Desh (which is known by the same name in both music streams). Towards the conclusion comes a shade of the raga Kamas (Khamaj) by when the literary theme hails the nature around what with a special mention of the revered Ganga.

Just as that river with so many tributaries has an appeal for people living far beyond the vast swathes of land through which it flows, this visual jugalbandi between Birju and Padma owns an identity that seems to free itself from the clutches of regionalism in the field of contemporary culture.

For the record, Birju hails from a family full of Kathak legends, while Padma’s journey has been largely off her parents’ key artistic pursuits: if Subramanyam was a filmmaker, the danseuse’s mother Meenakshi Subraymanyam was a lyricist who also composed music to her lines in Tamil and Sanskrit. It was Birju, who has had his trysts with cinema: he composed music for certain Hindi movies and choreographed dance for a few others—right from the days of (late) auteur Satyjajit Ray (Shatranj ke Khilari [1977]) to new-age filmmaker Sanjay Leela Bansali (Bajirao Mastani [2015]).

Padma learned dance chiefly from the famed B. Ramaiyah Pillai (1910-91) of the lyrical Vazhuvoor style in Bharatanatyam, which has roots tracing from the Cholas who had been a dynasty that ruled the South for one-and-a-half millennia from the 3rd Century BC. A winner of the Padma Bhushan title, she is a PhD in dance after her Master’s in ethnomusicology—all of which contributed to her writing several books of academic enrichment.

Birju moved into Delhi as a teenager when his family struggled during his childhood days during which his father Acchan Maharaj (as maestro Jagannath Maharaj, who had served as a dancer in the Raigarh princely court was known) died in the summer of 1947. The Padma Vibhushan awardee may not be having coveted academic honours, but his research mind and innovative spirit has for long made him a walking encylopedia on Kathak—also courtesy the training he had under uncles Shambhu Maharaj (1910-7) and Lachu Maharaj (1907-78).

It won’t be much of an exaggeration to say today that if north Indian dance comes to be represented as Kathak and south Indian as Bharatanatyam, it has also been owing to the sustained and pivotal contributions by Birju and Padma to their forms.