'Hollowness Is Growing In India'

An exclusive interview with Irom Sharmila where the 'Iron lady of Manipur' talks of what India needs, her mission, hope and being in love 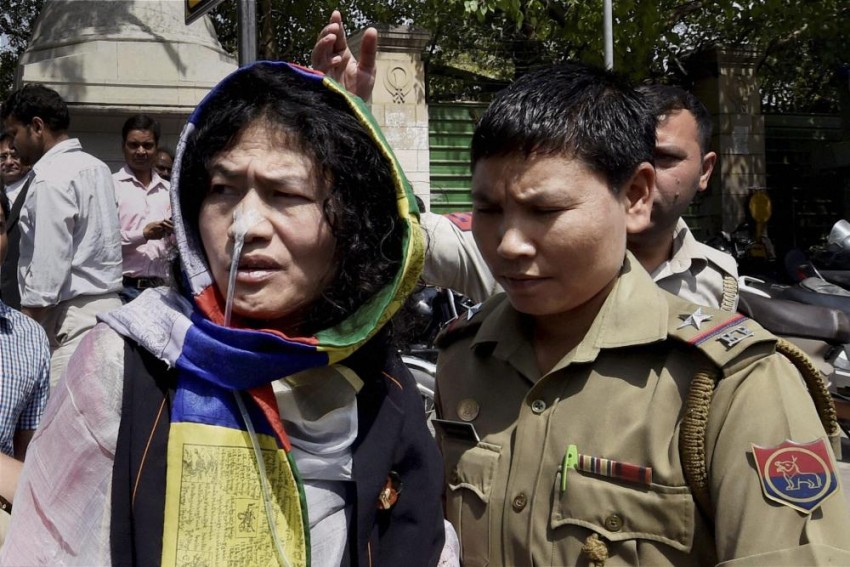 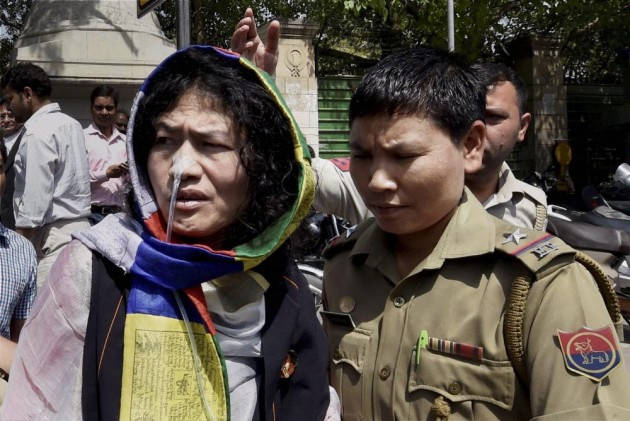 Irom Chanu Sharmila is much relaxed after being acquitted by Delhi metropolitan magistrate in a 2006 case of attempt to suicide. She is in the 16th year of her hunger strike against the draconian Armed Forces Special Powers Act in Manipur. Now she is hopeful that the things will change in her favour. A strong believer in God, Irom is still in a mission mode to end this barbaric law and do her bit for humanity. She hopes that PM Modi will seriously look into the matter and decide in her favour. She firmly believes that India can't be run with a narrow mindset. It is a diverse country and all faiths should be respected to save democracy. Excerpts from an exclusive interview with Bhasha Singh:

Do you think the central government will revoke AFSPA?

I am hopeful that PM Narendra Modi will understand my demands. I think he will digest, absorb the content of my message. Last year I wrote to him. I also met the Manipur BJP chief on the issue.

So far they have done nothing. What If they continue to ignore the matter?

We are moving towards a great crisis. Hollowness is growing. Discontent is on the rise over almost every issue. Democratic space is shrinking. If AFSPA is not revoked, matters will steadily decline and this hollowness will only grow. I don’t understand why we are not worried about India going down on the happiness index. Why no government is ready to think about the happiness of its citizens. Should this not be its priority? But I am hopeful. Things are changing in my favour. The Delhi judgment should be seen in this light only. I am much relaxed after this judgment. I want my mission to be successful. This mission in not only important for India or the Indian society but for the whole of humanity. We can't have AFSPA at any cost.

Intolerance is on the rise. Claims are being made to India being a Hindu Rashtra and eating habbits are being interfered with. How do you see this trend?

Such things are against the Nation. India is a multi cultural, multi religious country. It can never be a Hindu Rashtra. This is a reality, political structure has to understand this. Otherwise times will become tough. Even Akbar did not ruled this country on religious grounds. Now we have to talk about humanity and broader frameworks.

How you see the Rohith Vemula and the JNU issue?

Youth should be fearless. They have a right to be revolutionary. State power should not crush their aspirations and intellect. Only the youth have the power to challenge the wrong doings in society. I think we should stand in their support.

How do you see your journey of struggle?

I feel proud. My life is creating history. I have an important mission to fulfill in my life

You are in love?

Yes, why not. Love has given a new birth to me. I am deeply in love with Desi Coutinho from Ireland. I dream to go around the world after I succeed in my mission.

Challenges To Journalism In Bastar