By virtue of two wins from as many games, Argentina are atop Pool A with six points and whatever happens in the final pool matches, they will at least finish second and play the crossover. 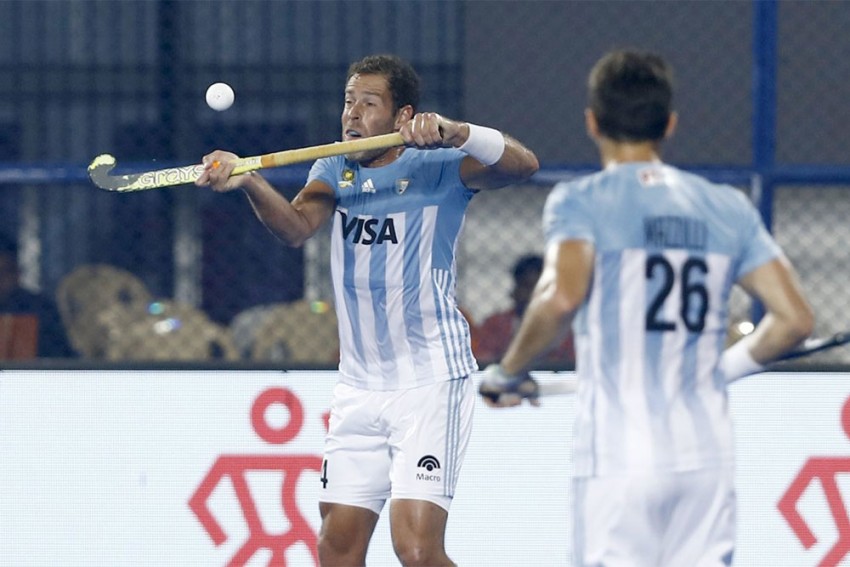 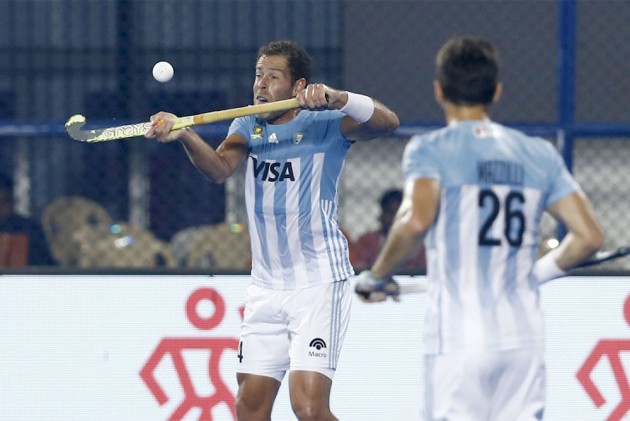 Olympic champions Argentina became the first team to qualify for the knock-outs at the 2018 FIH Men's Hockey World Cup on Monday after thrashing New Zealand 3-0 in their second Pool A match at the Kalinga Stadium, Bhubaneswar.

The South Americans, ranked second in the world, lived up to their billing with back-to-back wins to inch closer to sealing a direct quarter-final spot. On Thursday, they had defeated Spain 4-3 in a thriller, while New Zealand had beaten France 2-1.

By virtue of two wins from as many games, Argentina are atop Pool A with six points and whatever happens in the final pool matches, they will at least finish second and play the crossover.

A win against minnows France will confirm their direct qualification. Even if they lose, and current second place New Zealand beat Spain in their last pool match, the group winner will be decided on goal difference.

New Zealand are at the second place with three points from two games ahead of Spain and France, both of whom have one point each.

Argentina currently have +4 goal difference, as against Black Sticks' -2.

While Argentina will play world number 20 France in their last pool match on December 6, New Zealand will be up against Spain.

They were the better side on display, creating more chances and hitting the board thrice through Agustin Mazzilli (23rd), Lucas Villa (41st) and Lucas Martinez (55th).

Argentina started the proceedings on a bright note and got the first scoring opportunity of the match in the fifth minute in the form of a penalty corner but they wasted the chance.

Barring this, it was a dull opening quarter which witnessed a midfield slugfest.

A minute into the second quarter, Argentina came close to taking the lead but Lucas Villa's try from close range was kept away by New Zealand goalkeeper Richard Joyce.

New Zealand got their first opportunity in the 18th minute when they were awarded a penalty corner but Kane Russell's flick was saved by Argentina custodian Juan Vivaldi.

Seven minutes from halftime, the Los Leones finally broke the shackles when Mazzilli scored his third goal of the tournament.

An inch-perfect defence-splitting pass from Gonzalo Peillat found Mazzilli unmarked inside the New Zealand box and the striker first controlled the ball and then sent it crashing into the board with a reverse hit.

That was all the first two quarters produced as Argentina went into the halfway break with a slender one-goal lead.

Argentina continued their dominance after the breather and secured two penalty corners in the first five minutes of the third quarter but drag-flicker Peillat witnessed an off day in office on Monday.

But it did not take too long for Argentina to extend their lead through Villa, who slotted home in the 41st minute after snatching the ball inside the box from the sticks of New Zealand skipper Blair Tarrant.

Trailing by two goals, New Zealand pressed hard in the fourth and final quarter and secured their second penalty corner but the Black Sticks made a mess of the chance.

Five minutes from the final hooter, Argentina got their fourth penalty corner and Martinez scored from a rebound to shut the doors on New Zealand.

Earlier in the day, Spain escaped with a 1-1 draw against France to keep their slim hopes alive. For the record, both the teams can still hope for the knock-outs. But Spain's chances are more bright considering they will be up against New Zealand (ranked 8th), a team just one spot above the Europeans. For France, it will be a huge ask to beat the reigning Olympic champions.

Skipper and goalkeeper Quico Cortes led from the front with a superb penalty stroke save to help three-time medallist Spain eke out the hard-fought draw.

It was a battle between world number 8 Spain and the lowest ranked team of the competition France (20th,), but it turned out to be a keenly-contested encounter as the Frenchmen gave their opponents a run for their money.

It was France who stunned the Spaniards in the sixth minute when Timothee Clement scored from a field effort.

But Spain came back strongly after the change of ends and restored parity in the 48th minute through Alvaro Iglesias' field strike.

France had a golden opportunity to register their first major upset of the tournament but the Spain skipper Cortes came to his side's rescue.

In the last 10 minutes, France were awarded a penalty stroke because of obstruction in front of the goal by a Spain defender after they went for video referral but Cortes made a brilliant save flying to his right to keep Hugo Genestet's try at bay.

France could not have asked for a better chance to cause the first upset and pocket full three points from the game but was denied by Cortes' brilliance in front of the goal.

The Spaniards had better goalscoring chances but was denied by a stout France defence led by goalkeeper Arthur Thieffry.

Spain got as many as seven penalty corners in the game but failed to breach Thieffry and his defence even once.

On Tuesday, defending champions Australia will take on England, while Ireland face debutant China in Pool B second round matches.