Home  »  Website  »  National  » Interviews  »  Hindutva Is A Philosophy With Spiritual Democracy At Its Core: Vinay Sahasrabuddhe

Hindutva Is A Philosophy With Spiritual Democracy At Its Core: Vinay Sahasrabuddhe

BJP vice-president and Rajya Sabha MP Vinay Sahasrabuddhe says all those who believe in spiritual democracy are obviously under Hindutva umbrella. 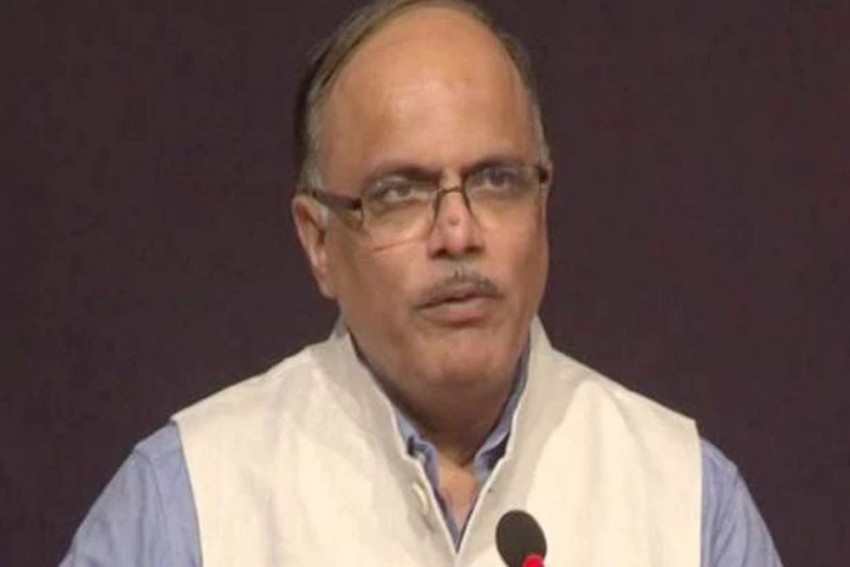 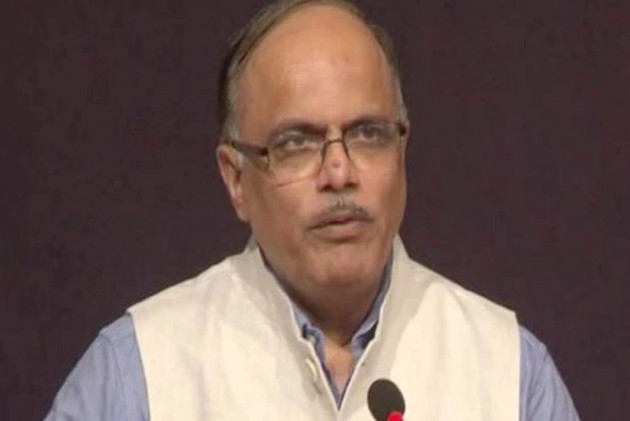 When the Congress was led by the likes of Mahatma Gandhi, his political mentor Gopal Krishna Gokhale had advocated the “spiritualisation of politics”. However, the Congress seems to be doing exactly the opposite; they are hell-bent on pol­iticising spirituality,”  BJP vice-president and Rajya Sabha MP Vinay Sahasrabuddhe tells Bhavna Vij-Aurora in an interview. Excerpts:

1)   Hindutva has always been associated with the Sangh Parivar and the BJP in political discourse. Lately, Congress has been espousing the cause of Hindutva with Rahul Gandhi visiting temples, calling himself a 'shiv bhakt' and claiming to be a "better Hindu" than the BJP. Why do you think, the Congress has suddenly discovered its Hindu roots?

Well, it is for the Congress Party to answer this question. The Congress that we knew, when led by the likes of Mahatma Gandhi; his political Guru Justuce Gokhale had advocated Spiritualisation of Politics. Unfortunately, now the Congress party seems to be doing exactly the opposite. They are hell bent on politicising spirituality. This is just not acceptable to the people of India. Apparently, having failed in luring their traditional vote banks, to wash their sins of indulging in crass vote bank politics, they are now trying to take as many holy dips as possible.  Looks like they are driven more a kind of guilt conscious and are trying to do away with their huge backlog in the context of understanding the cultural context of Indian polity. But as they say, boond se gayi, so houd se nahin aati !

2)    Do you think, it will help the Congress make inroads into what they perhaps see as the Hindu (or the majority) vote-bank?

I do not think so. Let’s not forget that no community in India could be and should be regarded as a vote bank. This kind of thinking is an affront to our civilisational values. At least we in BJP don’t look at any community as a vote bank.

3)    Even in Madhya Pradesh, Congress has promised gau-shalas and Ram Gaman path, much like the BJP manifesto. Should the BJP be worried about losing upper caste Brahmin voters to the Congress?

Please refrain from comparing our world view, our ideological perspective with a de-ideologised Congress party. For them, issues related to our traditions and culture are like a card, to be played when convenient. For us, it is one of our fundamental beliefs and our cardinal commitments. Also, cow protection is not what we invented. It is there in the guiding principles of the Constitution. Also, how can one miss the hypocrisy in talking about Ram Path Van Gaman while opposing temple at Ayodhya. There is no reason for us to worry because we have complete faith in the discretion with which people vote and they know it better as to how Congress tries to hoodwink them.

4)    Senior Congress leader C.P. Joshi said that Brahmins are the real Hindus. What do you think about this?

We respect every section of the society, including of course the Brahmins. But in the larger context, how can a culture so very assimilative and known for its rich tradition of spiritual democracy, be confined to one community alone ? We understand for sure, and more than that it is our conviction that all caste groups and communities have a place of equal respect in the scheme of Hindu religion and culture as well. What C P Joshi has said smacks of promoting apartheid and untouchability in a different way. But although I am deeply pained, I am hardly surprised by his views because it is only natural for dynasty-driven parties to think of discriminating on the basis of your birth and your ancestors.

5)  Elections in 2014 and also UP Assembly elections were about OBC and Dalits, who the BJP managed to bring under the larger Hindutva umbrella. Do you think the Assembly elections and 2019 Lok Sabha polls will be more about Hindu votes?

Let me make it very clear that Hindutva is a philosophy with spiritual democracy at its core. Social justice and equality are inherent to it. All those who believe in spiritual democracy are obviously under Hindutva umbrella. Hence, Sab Ka Saath, Sab ka Vikas is the bottom line of our approach. More importantly, unlike Congress, we never hanker for votes from adherents of a particular way of worship only. All are equal, and we seek votes from all.

6)   With Uddhav Thakeray in Ayodhya, demanding construction of Ram Mandir, do you think even the Shiv Sena has joined the race for Hindu votes in competition with the BJP?

We know Shiv Sena very well. There is nothing new in their support for Ram temple at Ayodhya. And I don’t think in UP they have any organisational or political presence to be in competition with the BJP. And in spite of their recent position in support of quota for Muslims —which is faith based quota — is extremely unfortunate and hence baffling to say the least, I think their support for Ram temple in Ayodhya should be looked at positively.

Amarinder Singh A Fatherly Figure, Will Sort Out Issues Myself : Sidhu