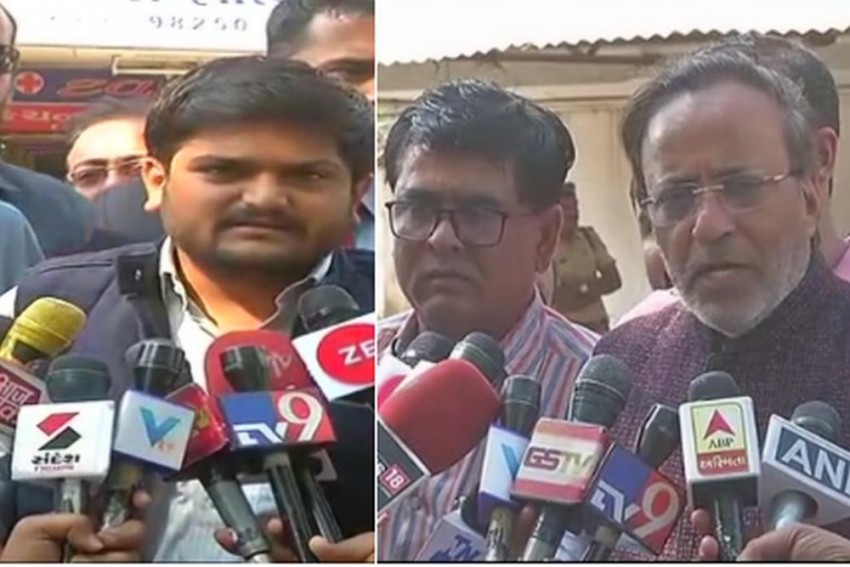 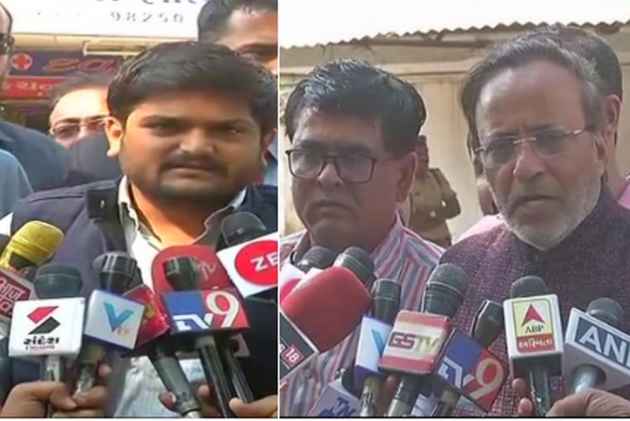 Within hours after Vishwa Hindu Parishad leader Pravin Togadia alleged that there had been attempts to kill  him in an encounter, Patidar leader Hardik Patel and Congress leader Arjun Modhwadia today visited him in hospital.

Earlier in the day, Togadia alleged that attempts are being made to frame him in fake cases.

Addressing the media, Togadia moved to tears claiming that efforts have been made to silence his voice and not let him speak on issues like the Ram temple, welfare schemes for farmers and the law on cow slaughter.

Togadia's remark came a day after he had reportedly gone missing and was later found admitted to a hospital here.

"I am being targeted for a decade old case; there is an attempt to suppress my voice," he said while interacting with media.

He said that someone might be trying to get him killed in a fake encounter.

"Rajasthan Police team came to arrest me. When I was offering Pooja last morning, one person entered my office and said that I will be killed in the encounter," he added.

On Monday, Togadia, who was traced to Chandramani Hospital in Shahibuag area here, was detected with low blood sugar.

Lack of knowledge regarding Togadia's whereabouts created a ruckus in the state, as VHP workers laid a siege to the Sola police station, shouted slogans, and blocked traffic on main Sarkehj- Gandhinagar highway.

On a related note, the Ahmedabad Metropolitan court earlier in January had issued non-bailable warrants (NBWs) against Togadia and 38 others, including Bharatiya Janata Party (BJP) MLA from Daskroi (Ahmedabad), Babu Jamnadas Patel, in a 1996 attempt to murder case.