Government Hands Over Documents On Rafale Deal To SC, Hearing On Wednesday

The document titled "Details of the steps in the decision making process leading to the award of 36 Rafale fighter aircraft order" stated that the process as laid down in the Defence Procurement Procedure-2013 has been submitted. 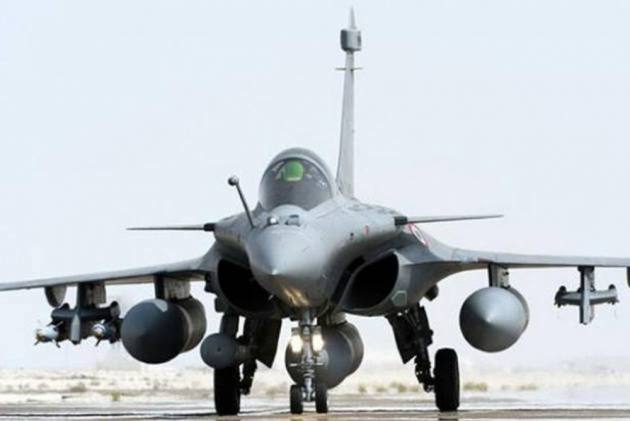 The government on Monday handed over the details of Rafale deal to the Supreme Court. The Supreme Court on October 31 had asked the Centre for pricing details of the 36 Rafale fighter jets India is buying from France in a sealed cover within 10 days wihtout disclosing "strategic and confidential" information need not be disclosed.

The Apex Court will hear the case on Wednesday.

The document titled "Details of the steps in the decision making process leading to the award of 36 Rafale fighter aircraft order" stated that the process as laid down in the Defence Procurement Procedure-2013 has been followed in procurement of the Rafale aircraft.

Time For PM Modi To Break His Silence On Rafale Deal: Randeep Surjewala

It said the procurement process laid down in the Defence Procurement Procedure (DPP) has been completely followed for the procurement of aircraft and Approval of Defence Acquisition Council for aircraft taken for the same.

The documents said the Indian Negotiating Team was constituted which conducted negotiations with the French side for about an year and approval of the Cabinet Committee on Security, being the Competent Financial Authority, was taken before signing the Inter Government Agreement.

The top court had said details, including the steps in the decision making process for the procurement of jets, which could "legitimately" be brought into public domain, be made available to the parties who have filed petitions before it in the matter.

The apex court, which had posted the matter for hearing on November 14, had categorically told the Centre that if the pricing detail was "exclusive" and could not be shared with the court then the Centre should file an affidavit in this regard and say so.

The petitions seeking the probe in the Rafale deal were first filed by advocates Manohar Lal Sharma and Vineet Dhanda.

In August 2007, the Indian Air Force advanced a proposal to buy 126 fighter aircraft and floated a tender. Following this, an invitation was sent to various aviation companies to participate in the bidding process.

Tenders were issued by the Ministry of Defence for the purchase of 126 fighter aircraft. It was specified in the Request for Proposal that 18 of these aircraft would be purchased from abroad in a 'fly-away' condition. The remaining 108 were to be manufactured in India in the Hindustan Aeronautics Limited (HAL) factory with transfer of technology from the foreign vendor.

The plea alleges that the new deal gives undue benefit to Reliance Aerospace Limited (RAL) and the escalation of price of airplanes is to account for collateral considerations.