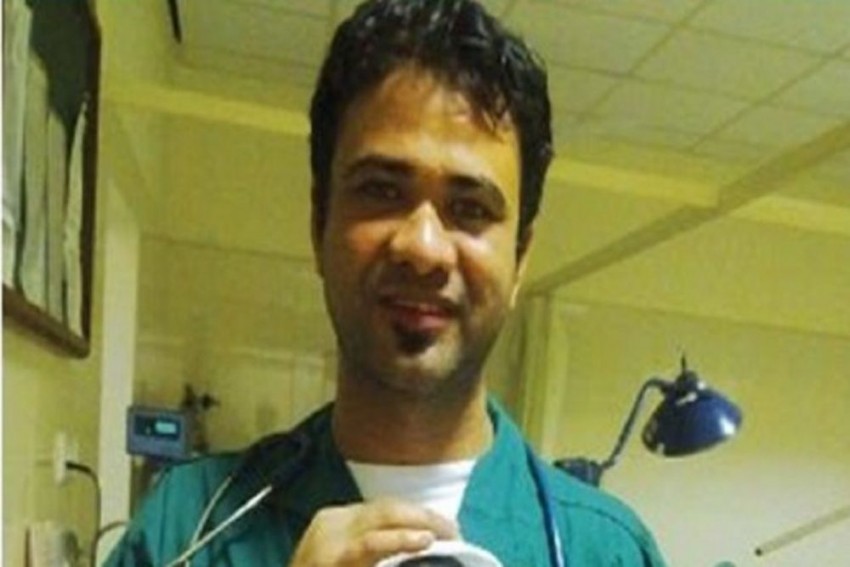 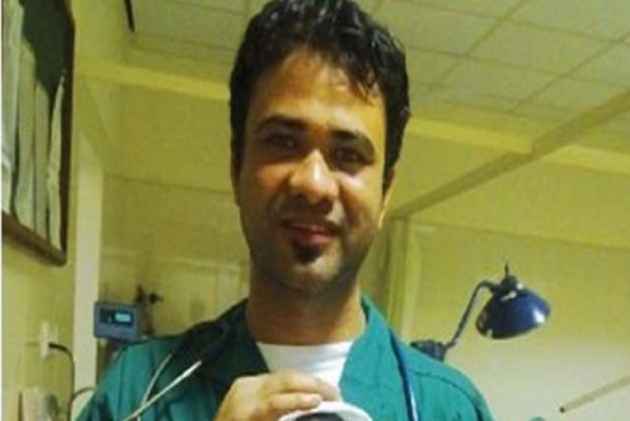 Dr Kafeel Khan from Uttar Pradesh, who was recently walked out of jail after being arrested in connection with the death of infants at a state-run hospital in Gorakhpur last year, has offered to serve at Kozhikode district in the wake of the outbreak.

Extending his wish to serve at Calicut Medical College Hospital, Khan, a paediatrician from Gorakhpur, has reached out to chief minister Pinarayi Vijayan via Facebook. 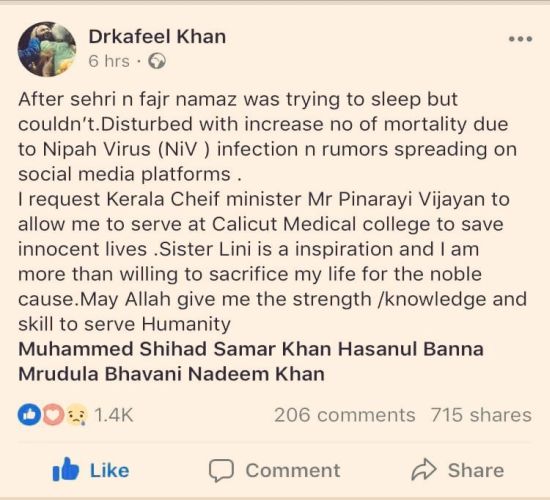 Khan’s request to the Kerala CM came hours after 31-year-old Lini working in the Perambra Taluk Hospital in Kozhikode got exposed to the 'deadly' virus while treating affected patients and died on Monday.

Responding to it, Vijayan said the state government is more than happy to allow persons like Dr Kafeel to work with the state.

Khan, who worked as nodal officer at the Baba Raghav Das Medical College, was granted bail by the Allahabad High Court last month.

More than 60 children, mostly infants, had died at the hospital within a week in August, 2017.
There were allegations that the deaths occurred due to disruption in oxygen supply.
The BJP-led Uttar Pradesh government, however, had denied that shortage of oxygen led to the deaths.

On August 24, an FIR was filed against nine persons, including Mishra, his wife Purnima Shukla, Kafeel Khan and the proprietors of M/s Pushpa Sales.
On September 2 last, Khan was arrested and subsequently removed from his post in the hospital.

Lini leaves behind her husband who works in Bahrain and two sons aged five and two.
In her letter to her husband Sajeesh, Lini expressed her pain and anguish that she could not see him again.

"I am almost on the way. I do not think I can meet you," she had said.
She had requested her husband to take care of their children and take them to the Gulf nation with him.

Her relatives could not see even her body, however, they paid their last respects as they allowed the authorities to cremate the body to prevent the chance of spreading the virus.
After coming to know of Lini's health, Sajeesh had come home two days ago.

Nipah virus has so far claimed 10 lives in Kozhikode and Malappuram districts in north Kerala while the condition of two undergoing treatment is said to be critical.

Nipah virus (NiV) infection is a newly emerging zoonosis that causes severe disease in both animals and humans.

The natural host of the virus are fruit bats of the Pteropodidae family, Pteropus genus.
There is no vaccination for the virus which has a mortality rate of 70 per cent.

Health officials said they had found mangoes bitten by bats in a home where three people died of the suspected infection, according to a report.