From The Horse's Mouth

An exclusive interview with Shaktiman, the police horse that was seriously injured during a BJP rally led by Ganesh Joshi 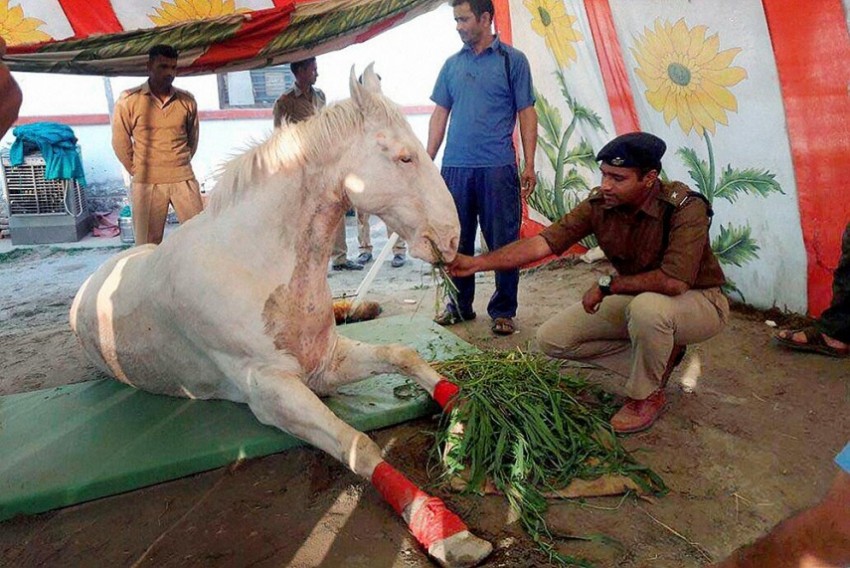 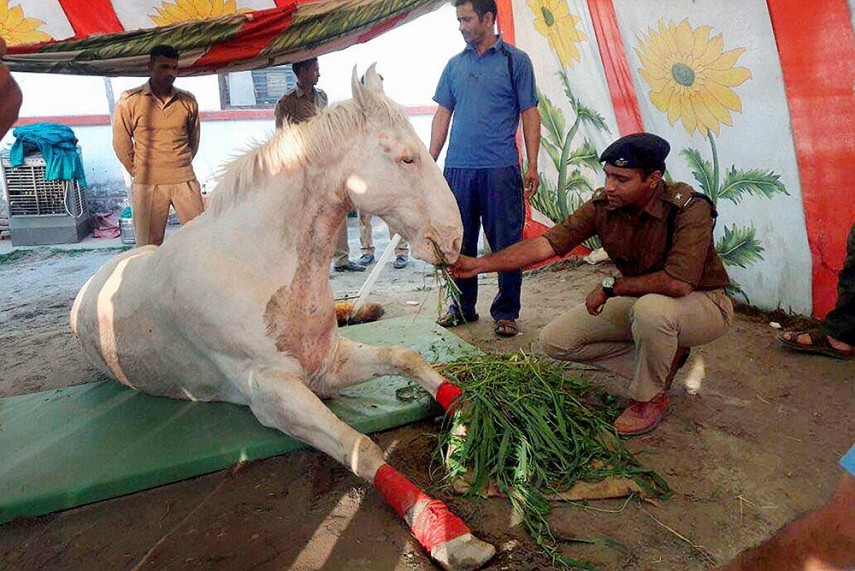 The tragic story of Shaktiman, the police horse that was seriously injured during a BJP rally led by Ganesh Joshi, has got people foaming at the mouth, and not just news anchors. To be the first past the post, We obtained an exclusive interview with Shaktiman. Excerpts

We: Now that you have recovered, can you tell us why were you targeted?

Shaktiman: It was quite chaotic and there was much noise and fury but I distinctly recall being called anti-national while I was being thrashed.

We: What did you do?

Shaktiman: Nothing, it could be because I'm not a holy cow, just a cop carrier without a leg to stand on.

We: You are a police horse, how can you be called anti-national?

Shaktiman: They seem to have amended the Constitution so that anyone, man or beast, often the two are clubbed together, can be labeled anti-national.

We: But were you doing anything that can be called anti-national?

Shaktiman: Standing in the way of progress I presume, since I was blocking the path of the BJP protestors.

We: Can you confirm that the BJP MLA Ganesh Joshi hit you with a stick?

Shaktiman: It's my word against his and the neighs don't seem to have it. He is now saying he wasn't even present and was attending a prayer meeting. He also says that it's a conspiracy and the video was doctored.

We: There are quite a few of those floating around but the experience must have been traumatic. How are you coping?

Shaktiman: It's up and down. Every time a VIP walks in for a photo op they make me get up, and when they leave, I lie down again.

We: Are you being well looked after?

Shaktiman: Thanks to Joshi, I have police security round the clock.

We: He got you police security?

Shaktiman: No, it was given after he told a TV channel that it was all a conspiracy and the Congress would get me killed to score points.

We: There are some select TV channels outside, Times Now, Zee TV, India TV. Why are they here?

Shaktiman: They rushed here after the chief minister Harish Rawat said I was to be treated like a soldier wounded in the field of battle.

We: Do you feel discriminated against?

Shaktiman: I have a beef against some people. Look at that chap Mallya, his United Spirits marketed a scotch whisky called Black Dog instead of a brand like White Horse.

We: Do you wish to conclude the interview?

Feminists In Solidarity With Nivedita Menon