England last reached the World Cup quarter-finals in 2006 under Beckham's captaincy. Their only World Cup final was way back in 1966, when they beat Germany at Wembley. 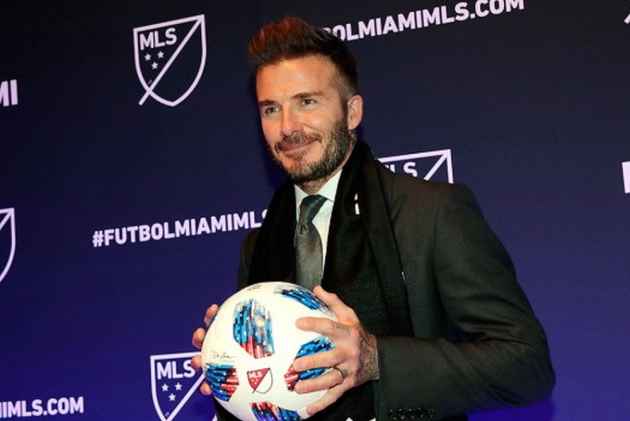 Former England captain David Beckham predicted England to play Argentina in the 2018 FIFA World Cup 2018 final. A positive start by England as they beat Tunisia 2-1 in their opening game, reflects the rising optimism about the Three Lions' chances.

England last reached the World Cup quarter-finals in 2006 under Beckham's captaincy. Their only World Cup final was way back in 1966, when they beat Germany at Wembley.

"I believe Argentina will play against England in the final," Beckham said, adding: "I think obviously my choice would be England to win the competition, but that's me being biased and passionate about my country."

Beckham was speaking in Beijing to promote China's largest collegiate football league. A veteran of three World Cups, the former Manchester United and Real Madrid midfielder warned that the road ahead looked hard for England though.

"I'm very happy that we won the first game in the group," he said.

"England is a very young team, they don't have a lot of experience yet and the journey of the World Cup will become harder and harder because there are many good teams in the tournament."

The struggles of some of the top teams in the early games of this world championship, including Mexico's defeat of defending champions Germany, has influenced assessment of many stars including Beckham.

Lionel Messi's Argentina, who could meet England in the semi-finals or final, drew 1-1 with Iceland in their first game.

Beckham added that China, which craves becoming a football power but has reached only one World Cup to date, was headed in the right direction -- but still had a long way to go.

"In the future, this country really does have real opportunities to become one of the big powerhouses in this sport, but it takes a lot of investment, a lot of hard work, but it's going in the right direction," he said.