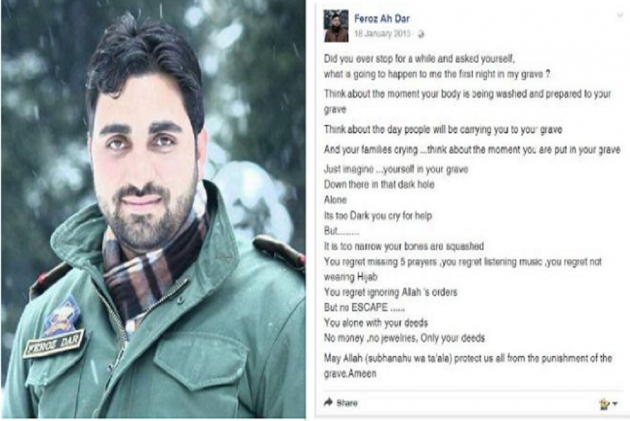 The poem, modelled on the death poem genre, gives an insight into the emotional struggles faced by the cop, a sub-inspector who was among the six policemen killed at Achabal in Anantnag district of South Kashmir after terrorists ambushed a police party on Friday.