Farooq Dar Cast His Vote Before Army Used Him As Human-Shield In Kashmir, Confirms Probe

“I participate in the voting. I also voted in 2014. I want good roads for the village. After voting I had a tea with my mother and left for neighboring village for condolence meeting,” Dar had said. 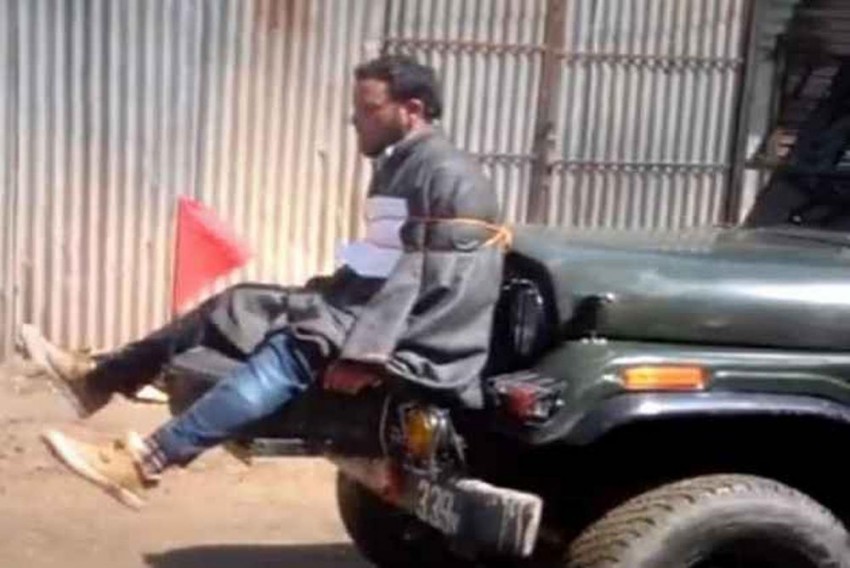 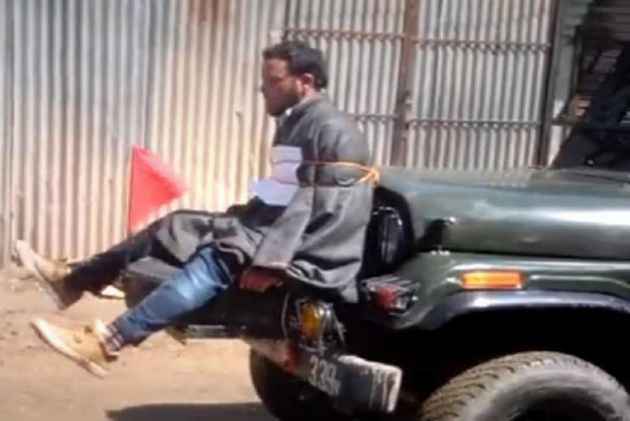 A police investigation has confirmed that Farooq Ahmad Dar, the man Army used as a human-shield in Jammu and Kashmir alleging he was the ring leader of stone-pelters, had voted prior to being tied to the bonnet of a jeep.

“During investigation, it came to surface that the victim Farooq Ahmad Dar cast his vote at polling booth in his native village, Chill. After casting his vote, he along with Hilal Ahmad Magrey left for condolence meeting to Gampora,” the police report  says. "During investigation it came to surface that on 09.04.02017 during by-poll elections variosu stone pelting incidents took place in the jurisdiction of Police Station, Beerwah and on the same day the said Farooq Ahmad Dar S/O Abdul Rahim R/O Chill accompanied by Hilal Ahmad Magray S/O Ghulam Mohammad R/O Chill (witness No. 01 above mentioned) proceeded to village Gampora for condolence and after spending some time there left from village Gampora and reached Ultigam crossing where from he was lifted by Army during stone pelting and was tied to bonnet of the Army vehicle as human shield under threat, kept him under wrongful confinement and has been paraded/moved around within the area. Later on he was released. During investigation it came to surface that victim Farooq Ahmad Dar has cast his vote at polling booth installed in his native village i.e. Chill after casting vote he left alongwith Hilal Ahmad Magray for condolence to village Gampora, the investigation of the instant case is going on and after obtaining reports from District Election office Budgam/ Coy Commander 53 RR Camp Beerwah and analysing of video clips the investigation of the instant case will be concluded on its merits."

Speaking to Outlook in the aftermath of the incident that triggered widespread outrage, Dar had said that he had cast his vote on that fateful morning of April 9. “I participate in voting. I also voted in 2014. I want good roads for the village. After voting I had tea with my mother and left for the neighboring village for a condolence meeting,” he had said.

The story was first broken by a Kashmiri daily Greater Kashmir.

“I am not a stone-pelter. Never in my life have I thrown stones. I work as an embroiderer of shawls, and I know some carpentry. This is what I do,” Dar had said.

Also Read: I Showed Them Voting Ink On My Finger, But They Didn’t Listen, Says Kashmir Man Who Was Tied To Army Jeep

The report on the police investigation was submitted by the SSP of Budgam to DGP SP Vaid in August.

The report also negates Major Leetul Gogoi’s allegations that Dar was leading a stone-pelting mob and that he was their ring leader. The 53 Rashtriya Rifles chief then used him as a human shield, and paraded him through the villages of Budgam as a cautionary tale.

The incident led to outrage by rights activists while the government later rewared Major Gogoi in May. Army Chief General Bipin Rawat had awarded Gogoi with a commendation card for 'sustained efforts' on counter-insurgency operations.