Farmer Leaders United In Seeking MSP For All

The RSS-affiliated farmer union has launched a 'Jan Jagran' programme in villages since January 26 to 'spread awareness' regarding the new farm laws. 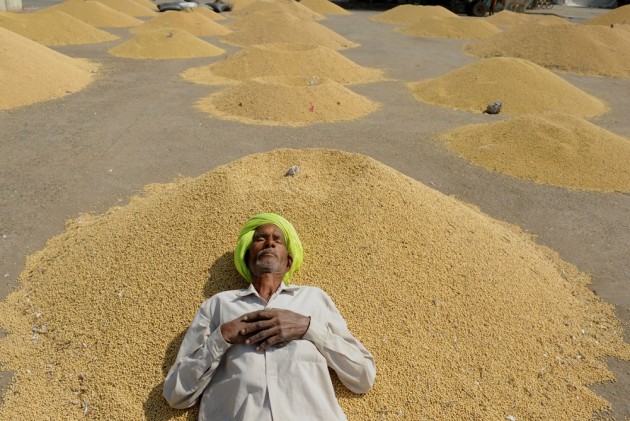 Despite several statements coming from the Centre, farmer union leaders continue to seek a law to guarantee Minimum Support Price (MSP) for all produce rather than oral assurances.

“We believe that the government is serious about MSP. But we insist on its legalisation and will continue to demand for it,” said Dinesh Dattatraya Kulkarni, Organising Secretary, Bharatiya Kisan Sangh (BKS).

When pointed out that the government claims substantial increase in Kharif crop procurement against last year corresponding, he replied, “It’s not about increased procurement or about amount spent in purchase under MSP. What matters is how many farmers are getting this benefit.”

The RSS-affiliated farmer union has launched a “Jan Jagran” programme in villages since January 26 to “spread awareness” regarding the new farm laws.

“Recently, a Union Minister posted the number of farmers getting this benefit on his social media handle. We worked out the percentage. It comes to merely 6.25% of the total,” claimed Kulkarni.

The BKS is not part of the protests and is not in favour of repeal of the three laws. It seeks certain amendments, including legalising remunerative price.

“Do farmers in Assam, Odisha, West Bengal, etc. get anything out of the scheme?” he asked.

Pointing out that MSP does not cover all produce, the BKS leader added, “Why not include all pulses?”

BKS wants a law to guarantee that all farmers will be assured of MSP whether they sell their produce in Agricultural Produce Market Committee or outside.

“I attended a meeting in Uttar Pradesh on Tuesday (February 9). We were discussing the distress sale. Wheat is being sold for Rs.1,400 to Rs.1,500 (per quintal).”

On September 21 last year, the Cabinet Committee on Economic Affairs had approved the increase in MSPs for all mandated Rabi crops for marketing season 2021-22. The MSP of wheat, the biggest crop of Rabi season, was hiked by Rs 50 to Rs 1,975 per quintal.

This came after Parliament approved the agriculture reform bills in face of severe criticism by the Opposition.

“Salaries of MPs and MLAs have gone up by almost 500% over the years, but rates for farmers’ produce have increased only 19-23%,” said Bharatiya Kisan Union (BKU) leader Rakesh Tikait in Kurukshetra, Haryana.

According to Hannan Mollah, general secretary of the Left-leaning All India Kisan Sabha (AIKS), “Farmers are demanding a legally guaranteed MSP with procurement for all crops across the country.”

The AIKS had demanded: “We want to remind the Prime Minister that he and the BJP in its election manifesto of 2014 had promised to implement MSP at C2+50%. Instead of implementing his own promise, the Modi government has surrendered Indian agriculture and the food security of the nation to the corporates.”