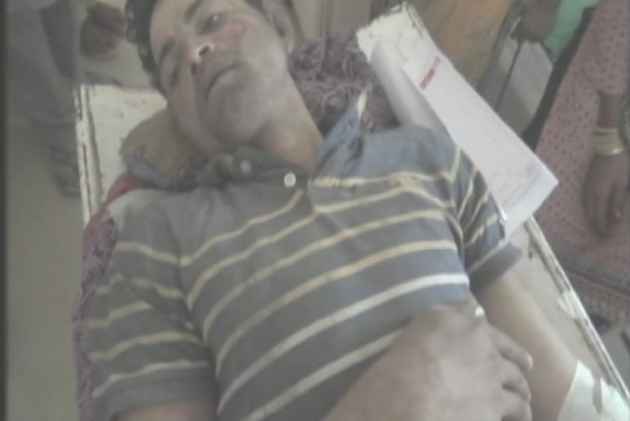 The Faridabad Police have arrested three people in connection with beating up an autodriver over suspicion of carrying beef on Friday in Haryana's Faridabad.

The arrested cow vigilantes have been identified as Ram Kishore (21), Dilip (19) and Lakhan (24).

Earlier the victims claimed that the mob thrashed him just by guessing that he along with his passengers were carrying beef.

"They poured petrol all over me and were about to light the matchstick, but before they could do that, the police officer saved me," said Azad, the disabled auto rickshaw driver who was allegedly beaten up in Faridabad on Saturday on suspicion of carrying beef meet.

"They kicked me, punched me and beat me with sticks for nearly four hours, they also rode a motorcycle over me," Azad told NDTV . "The police officer is an angel for me, he saved my life," added Azad.

On Saturday, five men including a disabled auto-rickshaw driver were allegedly thrashed by a group of cow vigilantes on the suspicion that they were carrying beef. The incident took place in  Faridabad district. Before police reached the spot the five were thrashed mercilessly for more than four hours.

"I told them it wasn't beef and we could go to the police or get it checked anywhere they want... but they didn't listen," NDTV quoted Azad as saying.

A case registered against the victims for carrying beef which has been banned by the centre in the district was later cancelled after the laboratory reports confirmed that the victims were carrying Buffalo meat.

"A laboratory test has since established that the seized meat was of buffalo and not cow or its progeny. After the report, 15-20 unknown persons were booked under the IPC," IANS reported quoting a senior police officer.

Under Haryana 2015 law against cow smuggling, transporting cow meat is crime. But, the law exempts the transport of buffalo meat.