Everton failed to make their experience count in the FA Cup third round, as Liverpool's Curtis Jones dealt the visitors more Anfield woe in the latest round of Merseyside derby 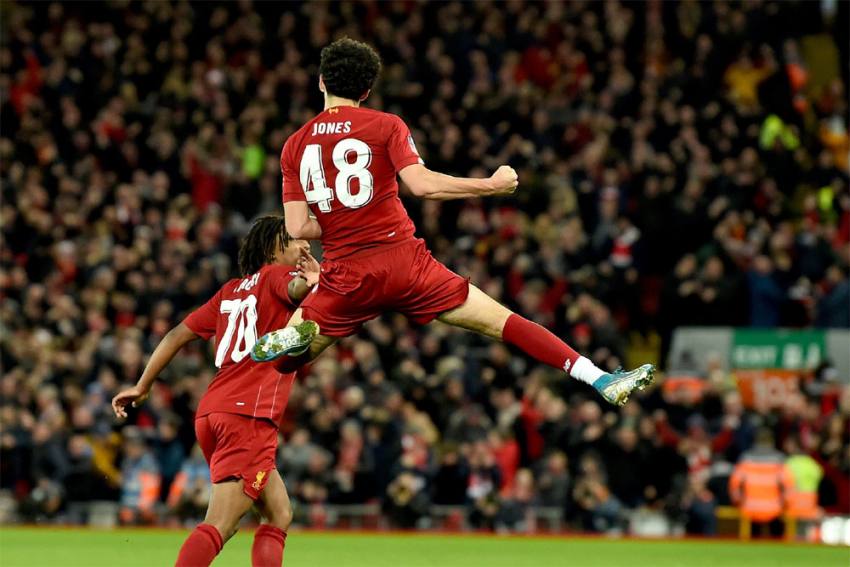 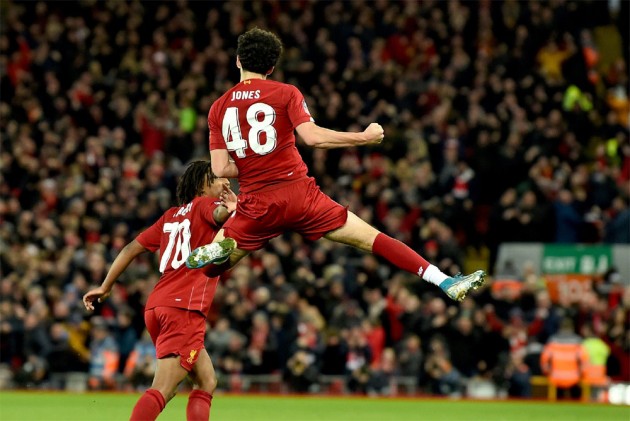 Curtis Jones netted an outstanding first senior goal to carry a youthful Liverpool side to an impressive 1-0 Merseyside derby victory over Everton in the third round of the FA Cup at Anfield. (More Football News)

Top of the Premier League and through to the last 16 of the Champions League, Liverpool appeared to be prioritising their other commitments until Jones came to the fore.

Jurgen Klopp included new signing Takumi Minamino among a clutch of established names at Anfield but largely put his faith in young stars, who held their own admirably against an experienced Everton outfit.

Adrian was required to make a string of saves in the first half, before the hosts took control of the second period and scored in stunning fashion through 18-year-old Jones with 19 minutes to play, extending Everton's wait for a win at their bitter rivals that stretches back to 1999.

Carlo Ancelotti's side should have led early on but Dominic Calvert-Lewin, Mason Holgate and Richarlison all shot too close to Adrian, who reacted instinctively on each occasion, while stand-in Liverpool captain James Milner was injured in attempting to prevent the first opening.

Although Jordan Pickford dived into a stunning, stretching save from Divock Origi shortly before the break, the striker appeared to be stood in an offside position, meaning the VAR would have intervened.

Liverpool stayed patient in pursuit of an opener following a strong start to the second period and their moment came when Jones traded passes with Origi 20 yards from goal and whipped a sensational, curling effort over the scrambling Pickford.

The England goalkeeper, who had saved from Origi moments earlier, was quickly worked again by substitute Alex Oxlade-Chamberlain as Everton struggled to find a response.

Inevitable late pressure followed, but Liverpool held firm for a win that dealt a blow to Ancelotti in the early stages of his Everton tenure.

What does it mean? Bragging rights an unlikely boost

Klopp's line-up may have suggested the FA Cup was near the bottom of his list of priorities, but his young charges ensured there was no repeat of the 5-0 EFL Cup humbling at Aston Villa last month – albeit with the assistance on senior figures in Minamino, Origi, Adam Lallana and Joe Gomez. A superb second-half showing embarrassed an increasingly frustrated Everton.

A goal he will never forget

As first goals go, a derby winner in the FA Cup is not a bad way to get it. Jones' strike was as much about the quality as the context, though, a swirling attempt dipped over Pickford and clipped the underside of the crossbar on its way in. He became the Reds' youngest goalscorer in a Merseyside derby since an 18-year-old Robbie Fowler in 1994.

Everton were profligate in the first half, and Calvert-Lewin - their form man - was particularly wasteful. Linked with a £50million move to Manchester United in recent weeks, the striker blasted straight at Adrian early on, mistimed a header from a teasing Theo Walcott cross and then shot well wide from outside the box when he had men up in support.

A rare clear week does not see Liverpool play again until Saturday's tricky trip to Tottenham in the Premier League. Everton are at home to Brighton and Hove Albion earlier the same day.