Erosion Of Air Quality, Our Health And Economy

As we brace for another winter, we can no longer allow ‘toxic air’ and ‘smog’ to become defining aspects of the season. 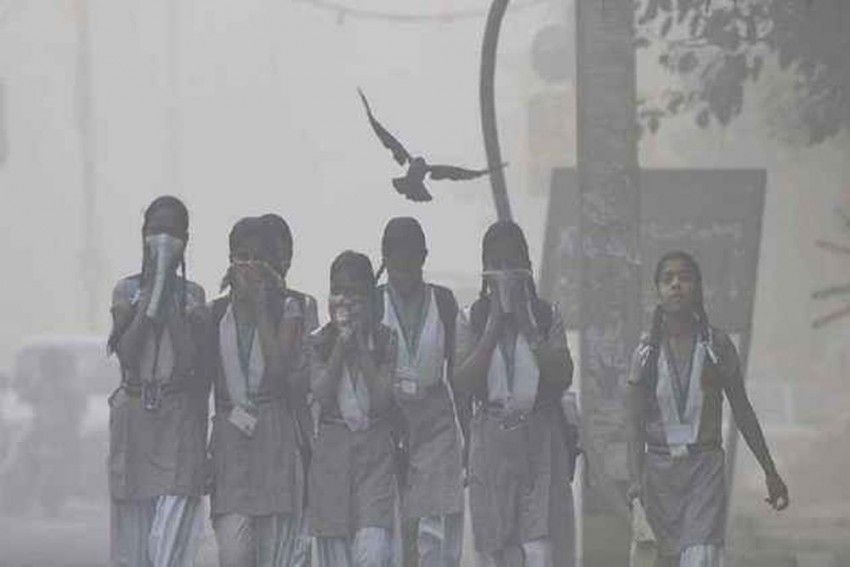 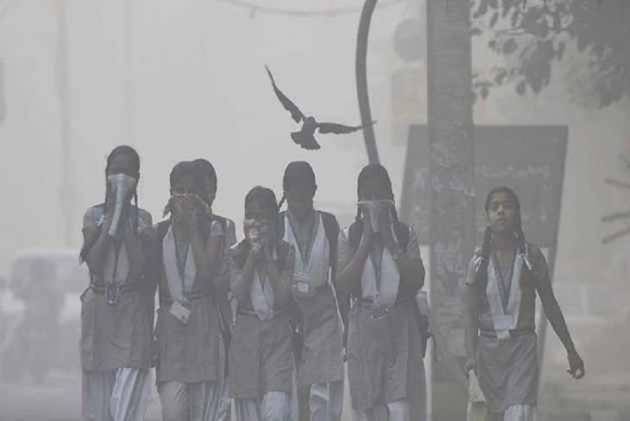 India saw an average to good monsoon this year that brought a much-needed respite from the heat. For weeks, the skies were clear and blue, a shade that many of us had forgotten to associate it with. Now as winter looms around the corner, along with the mercury, air quality levels have begun to dip. Many of us, in north India especially, will recall with some amount of dread, the smoggy mornings and the related health challenges from last winter.

Over the years, India has attracted much attention to its alarming air pollution levels. In 2015, the country surpassed its economic rival and neighbour, China, to shoulder the highest burden of global premature deaths attributable to air pollution—1.8 million deaths of the total 6.5 million. Indian Council of Medical Research’s most recent collaborative study reflects India’s ongoing struggle with air pollution as it reports a disconcerting rise in the prevalence of air-pollution related illnesses between 1990 and 2016, including heart disease, chronic pulmonary diseases, cancers, respiratory illnesses and diabetes.

India is a fast-growing economy where rapid urbanisation and industrialisation have created dense urban hubs that foster pollution. About 14 Indian cities have been listed among the world’s most polluted by the World Health Organization (WHO). As per NITI Aayog and Boston Consulting Group (BCG)’s report, 30-35 per cent of PM 2.5, a fine air pollutant that enters the bloodstream and disrupts physiology, is attributed to vehicular emissions. Lax laws and cheap labour have made India attractive for water-intensive and polluting industries such as textiles, leather and sugar. While vehicles, biomass burning, soil and road dust, construction and industrial activities, open waste burning, diesel generators, and power plants contribute to pollution in urban India, seasonal influences such as dust storms and crop burning aggravate the perennial problem.

The crisis is no better in rural India, which accounted for 75 per cent of the air pollution-related deaths in 2015. Over two-thirds of the Indian population reside in rural settings where unprocessed solid biomass fuels for cooking - the most hazardous source of indoor pollution, is a standard.

Air pollution is not just a health issue. It adversely impacts the economic fabric of a nation. Currently, India is losing close to 7.7 per cent of GDP in welfare losses. Premature deaths, illnesses and economic loss owing to eroding air quality are preventable. Therefore, as India strives for greater growth, the environment cannot be neglected.

Various ministries in the Government of India have begun recognising the urgency of the matter. As a welcome step, the first-ever Global Mobility Summit organised by NITI Aayog, was held in early September. The primary focus lay on achieving pollution-free cities by improving public transport systems, encouraging ride-sharing and promoting electric vehicles. The National Clean Air Programme (NCAP), drafted by the Environment Ministry, was unveiled earlier this year. The plan aims to prevent, control and reduce air pollution through efficient information dissemination, public outreach and a robust air quality monitoring network. Launched in 2016 under the Ministry of Petroleum and Natural Gas, the Pradhan Mantri Ujjwala Yojana (PMUY) tackles indoor air pollution by encouraging households to switch to clean energy use for cooking. In the span of two years, PMUY has provided 3.7 crore households, falling below the poverty line, with access to free LPG connections.

While these measures exist, greater efforts are required to address the lapses and ensure effective implementation of schemes. To transform India’s mobility, skills and employment, public awareness, governance and financing, as well as intelligent transport systems have been cited as core levers that will require attention. As the NCAP does not specify time-bound reduction targets for the 100 cities of focus, it misses out on incentivizing assertive action at the state-level. Further, by embodying a city-specific approach, the plan overlooks the regional contexts influencing air pollution, such as crop burning. While the PMUY is a laudable initiative, the scheme needs to further examine its approach on cylinder refills. If beneficiaries are expected to bear a cost of refills, the sustained use of LPG will be impeded.

The complexity of air pollution warrants a comprehensive, multi-sectoral approach—including industries, agriculture, health, infrastructure and law, to counter the wide-reaching effects and sources of air pollution. Similar to China, another booming economy, India must revise key laws and regulations to promote the use of renewable energy sources and improve on monitoring and tracking networks. Learning from Europe, states should no longer delay in redirecting discarded plastic to build roads. Stringent action against non-conformance of construction and industrial norms, such as unbiased auditing, monetary penalisation of limit breaches and informing the public on polluters, is needed so offenders fear legal repercussions. Further, there needs to be stronger coordination across city borders and regions to address air pollution as a pan-India issue.

Policy efforts are crucial, but they do not absolve each and every individual off their responsibility. Clean air and environment is, and should be, every citizen’s effort. For starters, people can opt for ride-sharing, use public transportation, promote festivals without firecrackers, use energy efficient appliances, segregate waste, recycle, and most importantly, raise pollution as an electoral issue. The onus lies equally on each of us as, all said and done, we all breathe the same air. It is only fair to take personal responsibility for it. It shouldn’t take a government ban to discourage us from crackers this season or a government incentive to opt for public transport. As responsible citizens, these should become natural choices if we wish to breathe cleaner air.

As we brace for another winter, we can no longer allow ‘toxic air’ and ‘smog’ to become defining aspects of the season. In the absence of pervasive and proactive action, this noxious air stands to choke more than just our lungs in the long run.