Winter Is Coming And So Is Deadly Smog From Stubble Burning 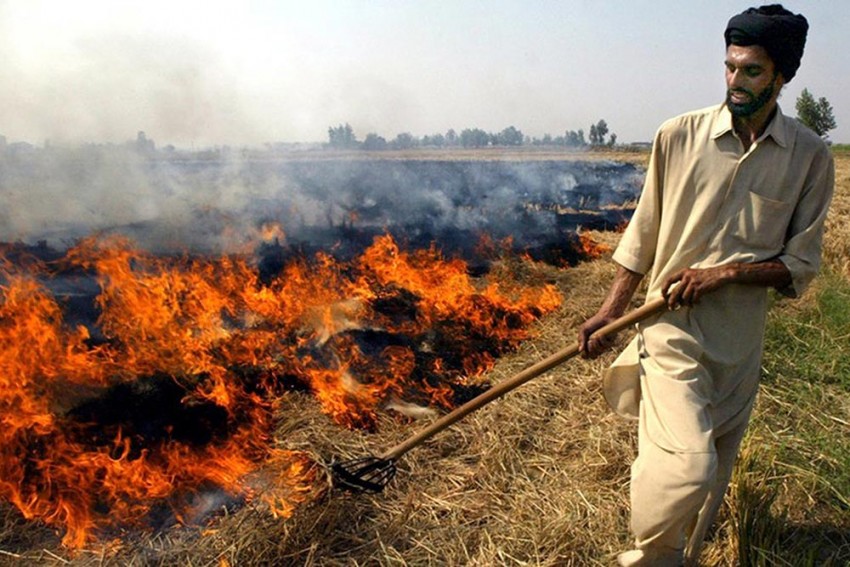 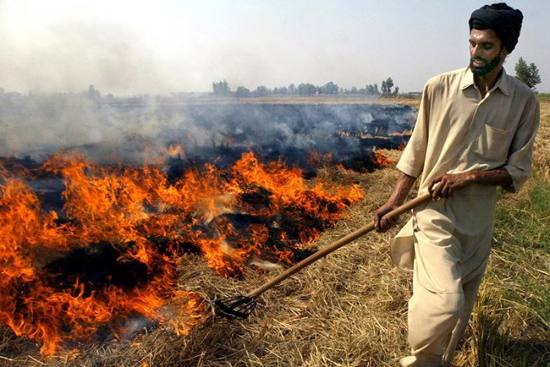 With the approaching winter comes memories of pollution choked Delhi—a thick pallor of smoke that almost shuts out the sun, with wheezing, sneezing, suffocating residents cowering under the miasma.  And, as in past years, far­­mers of Punjab and Haryana have started burning paddy stubble—the main culprit—to get rid of farm waste.

Twelve cases of burning were reported from Haryana and 10 in Punjab in recent days, despite tough directives from the National Green Tribunal (NGT) to stop the practice, and bolstered by measures by the Centre and the governments of the states to put a cap to it.

“We anticipate those days with dread,” says Navdeep Kaur who lives in Delhi and hails from a farming family in Amritsar. She says her bro­­thers resort to burning as they have no alternative. “I can’t blame farmers and don’t want my family to suffer,” she admits.

Delhi’s pollution was mired in politics—when Delhi CM Arvind Kejriwal blamed Punjab and Haryana farmers last year and offered to meet the two CMs, Amarinder Singh and Manohar Lal Kha­t­tar, both retorted sharply. They asked Kejriwal to first deal with Delhi’s own pollution. Khattar asked him to help farmers in villages within the jurisdiction of the nat­ional capital region and to discourage them from burning stubble.

However, things are expected to imp­rove this Kharif season, with the Centre, after direction from the Supreme Court, sanctioning Rs 665 crore to Punjab (Rs 269 crore for this year), mostly for subsidising machines that remove stubble. It’s estimated that 40 per cent of the 74 lakh acres under paddy cultivation will now have high-tech machines to root out paddy stubble. To curb the pollu­ting menace, about 8,600 happy seeders machines, paddy straw choppers, RMB ploughs, zero till drill, rotary slasher mac­h­i­nes and harvest mac­h­ines fitted with straw management systems will roll on the state’s farmlands.

Out of Punjab’s total of 22 million ton­nes of paddy stubble, biomass based electricity generating units can consume only 5 million tonnes. It’s estimated that this year, 10 million tonnes will be burnt.

“Marginal farmers can’t spend any amount on machines. The NGT asked the government to give free machines to farmers who own up to 2 acres. Instead, in the name of subsidy, farmers are burdened,” says Balbir Singh Rajewal of the Bharatiya Kisan Union.

The short window of 20 days between paddy and wheat crops does not allow paddy straw to decompose naturally, nec­essitating stubble burning. Rajewal says that as sowing paddy was delayed by the government this year, maturing of the crop will be delayed by a fortnight, leaving a shorter window for wheat sowing. Farmers will be desperate to get rid of the stubble,” he says. “Managing stubble is costly and time consuming. Machines on subsidy also come at a price. I can’t buy any this year,” says Sukhjit Singh, a farmer from Karma village in Ferozepur district.

Data provided by Punjab shows a drop of 37,602 cases of paddy stubble burning between 2016 and 2017. “We are confident that there will be a considerable fall in numbers this year,” says an agriculture department officer.