Despite their recent success, the Blues have failed to conquer the Anfield, with their last win coming at 2003 and have lost 12 of their last 17 visits. 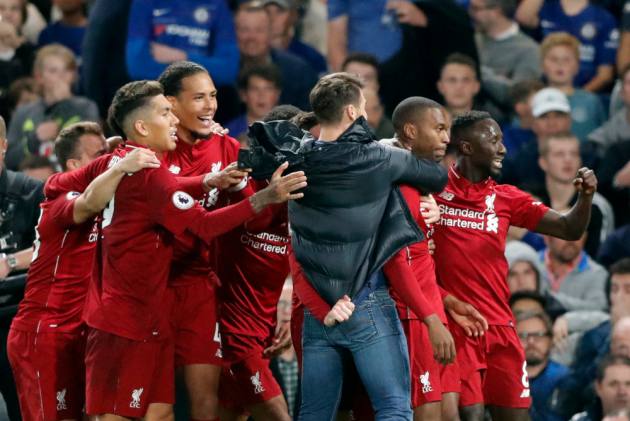 This is possibly the biggest game of the season so far, defending champions visiting the most potent challengers and both the teams undefeated. Manchester City's hopes of retaining the Premier League title will depend on how the Reds perform.

Despite their recent success, the Blues have failed to conquer the Anfield, with their last win coming at 2003 and have lost 12 of their last 17 visits.

A coach not accustomed to losing, City boss Pep Guardiola has been defeated on all three of his visits to Anfield and in Jurgen Klopp faces one of the few managers who can boast a winning record against the Catalan.

But with both sides only separated by City's superior goal difference at the top of the table having dropped just two points each so far this season, the clash will go a long way to telling if Liverpool are capable of knocking Guardiola's men off their perch.