Despite a thrilling performance in Netflix's 'Squid Game', actor Lee Jung-jae hasnt received any offers from Hollywood yet. 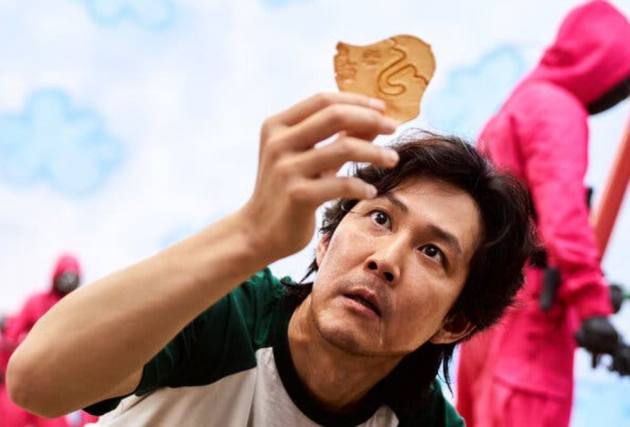 Lee Jung-jae has become a popular name across the world with his performance in the rapidly getting popular South Korean web series ‘Squid Game’, yet the actor, in a recent interview revealed, he hasn’t received any offers from Hollywood.

"No proposals or requests have come my way. But, if the right one came along, I'd be happy to be in an overseas production. It could be fun," he said, in an interview with Variety.

The success of show’s creator, Hwang Dong-hyuk, was the primary reason why Jung-jae accepted to be a part of the show.

"(Hwang's) success comes from being very detailed about explaining the characters, their roles and their feelings. Sadness wears many different faces and (in 'Squid Game') the characters' different sadnesses can easily be felt by viewers," he said.

"(Hwang) is very capable of building characters from the ground upwards, which is why when the characters have to take big decisions, they are believable. And it is why the audience is willing to believe in the show's climactic ending. It is actually touching," he added.

'Squid Game' became the most watched series on Netflix recently.

Ravi Teja Gears Up For Final Schedule Of 'Ramarao On Duty'

Nawazuddin Siddiqui: More Than Nepotism, We Have A Racism Problem

Anand Gandhi: I Put The Most Important Years Of My Life Making ‘Tumbbad’

Taapsee Pannu: I Didn't Use Any Steroids To Build Muscle

Pragya Kapoor: Gaurav Gupta’s Collection At LFW Reminds Us How We Can Turn Our Waste Into Wealth

Karan Kundrra Launches His YouTube Channel On His Birthday

Gagan Arora’s Acting Journey Which Started In Delhi, Paused In Mumbai Until He Auditioned For ‘College Romance’

Kirron Kher On Her Ongoing Cancer Treatment: 'It's Something I Had To Accept'

Vikas Pathak / For the moment, the Lakhimpur Kheri crisis appears to have been defused. However, this may not mean much relief for the Yogi Adityanath government in the state.

PTI / DC are coming into this match after a defeat against CSK in Qualifier 1 while KKR brushed aside RCB in the Eliminator.

IMF Projects Indian Economy Would Grow At 8.5 Per Cent In 2022

Outlook Business Team / The forecast for the sovereign remains unchanged from its July update. However, the growth forecast is a 3% drop compared to the 2021 forecast published in April this year.