'Bhabhiji Ghar Par Hai' actress has been giving her social media followers a glimpse of her glamorous side through ongoing Goa vacation. 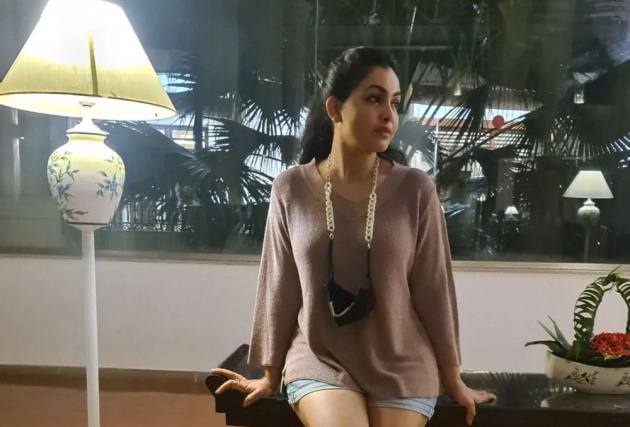 Television actress Shubhangi Atre is best known for playing the shy, innocent, saree-clad Angoori Bhabhi in the sitcom 'Bhabhiji Ghar Par Hai'. However, her fans on social media were in for a surprise when she gave the traditional image a break and uploaded some glamorous pictures from her Goa vacation.
The actress said it was a deliberate attempt to give herself and her fans a break from the saree-clad look, which they are accustomed to seeing her in.
Atre tells us, "People have always enjoyed watching me in saree or salwar kameez in my shows. But I really wanted to break that image of mine and social platforms are actually helping me to introduce myself as Shubhangi to my audience."

The actress is happy that this change was accepted positively.
"I'm glad that they are welcoming me. I was a bit conscious and was fearing trolls. But luckily I'm enjoying all the beautiful vibes," she says.
Atre has been shooting continuously for the show for some time. This vacation was much needed for her.
"For the past two years I didn't get any time for myself. Be it on shoots or family responsibilities, I was busy all the time. I wanted a small break and to enjoy it with my friends. So, we planned a trip to Goa. I'm enjoying it so much here. I have been here earlier but this time I'm feeling so fresh. The excitement is similar to what I had when I came here for the first time," she says.