Rangoli Chandel Takes A Jibe At Malaika Arora For Picture With Son Arhaan; Says ‘This Is Modern Indian Mother’

Kangana Ranaut’s sister Rangoli Chandel, who is known to take a jibe at several Bollywood celebrities, has now taken a sly dig at Malaika Arora over her recent picture with son Arhaan Khan. 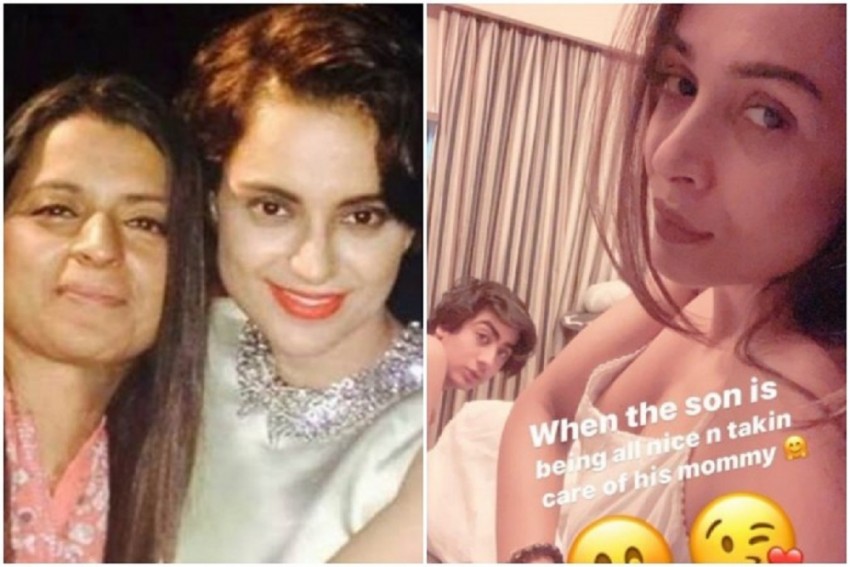 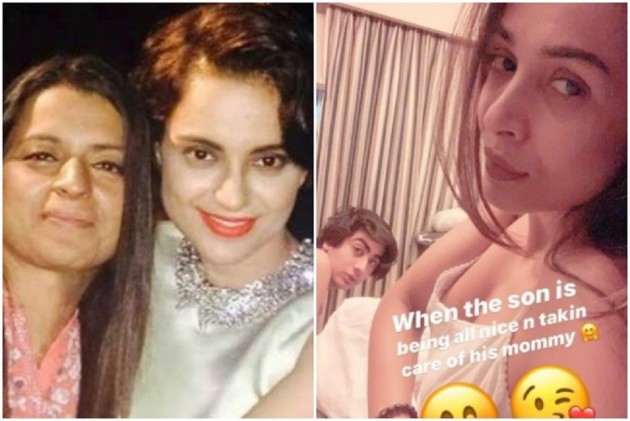 Speak about controversies and Kangana Ranaut and her sister Rangoli Chandel will never disappoint you. The ladies are known to make bold statements and don’t hesitate while speaking their hearts out especially when it comes to Bollywood. In fact, Kangana’s sister Rangoli who happens to be Kangana’s social media manager (since the Queen actress doesn’t have a social media account) has emerged as a social media terror and is often seen taking jibes at Bollywood celebrities. Be it Karan Johar, Hrithik Roshan, Alia Bhatt, Ranbir Kapoor or Varun Dhawan, Rangoli has barely spared anyone.

And now the recent one to come on her radar is Malaika Arora. The diva had recently shared a picture of herself with her son Arhaan Khan on her Instagram story. In the picture, the 46-year-old lady was seen wearing a white nightdress, while Arhaan was looking at the camera from behind. Malaika even captioned the picture as "When the son is being all nice and taking care of his mommy".

But looks like Rangoli didn’t approve of Malaika’s picture and shared it on her Twitter account. Taking a sly dig at the yummy-mummy of Bollywood, she wrote, "This is modern Indian mother, very good," followed by clapping and thumbs-up emojis.

Although it didn’t seem to be a direct hit, it seemed like Rangoli was targeting Malaika for her outfit in the picture and intend to school her for the same. But her caption didn’t go down well with the netizens who slammed her for having a ‘dirty mind’. “New low for Rangoli. Falling each day,” wrote a Twitter user.

On the other hand, Kangana’s sister had also shared a video of her mother on the micro-blogging site where the old lady was seen knitting a sweater for Rangoli’s son Prithvi. Calling her mother as the ‘last of authentic Indian mothers generation’, Rangoli was seen lauding her for her sweet gesture.