In an exclusive interview with Vivek Oberoi on his role as PM Narendra Modi. 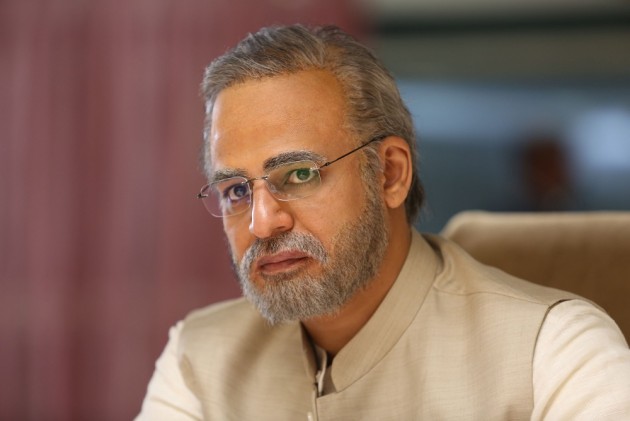 The much-talked-about biopic on PM Narendra Modi is set to release Friday and Bollywood actor Vivek Oberoi will be playing the role of Modi.

In an exclusive interview to Outlook, Oberoi talks about his upcoming movie and says ‘PM Narendra Modi’ is a story of “aspiration and inspiration”.

How was the experience to play the role of PM Narendra Modi?

It was an incredible experience for me considering the stature of the person.  It is truly a story of aspiration and inspiration. I was totally fascinated by the character and to weave the performance to fit into the character was my sole focus. There are many characters that I have played in my life; they just stay with you till the time you are shooting. But there are some characters that stay with you for life and this is one of them.

How did you get into the skin of the character?

The whole process happened after watching a thousand hours of video footage, interviews, election campaign and speeches of Modiji. It required a complete involvement in the character because I was also involved in writing some parts of the script. There was also a lot of research that was done.

Every morning, I used to wake up around 3 or 4 am and then spend hours to get into the look which was followed by shooting for 12 to 14 hours. The next most challenging task was trying to mimic Modi’s accent. I had to emulate the character to perfection.

What is it that you liked and disliked about the character?

For an actor, it is not much about liking and disliking a character, it is more about the excitement and challenge of getting into the character that has so many facets and layers. What is inspirational about Narendra bhai’s journey is the challenges and the hurdles he faced in his life. I truly believe that great challenges make a great man and he (Modi) has faced many challenges in life. And this is not a bhakt or a fanboy speaking. Before working on this film, I had done research on his life. In finding out that Modi had single-minded focus and strength to not to accept defeat and to keep going.

With all the power and admiration, he received, if he was a lesser man, he would have lost himself and probably become a maniac. He is a grounded person because of the hardships he faced. His humble beginning makes him what he is today. He is a world icon today and the most popular leader on social media.  Most importantly he has seen poverty. He has seen his mother washing utensils in people’s houses to just sustain the family. His humble background didn’t allow success to go into his head.

What are the things you concentrated on most while playing this character?

There were two major aspects of the character. First, was the physical aspect- how does he speak, stand or walks, his body language and gestures. The second aspect was the thought process. The more I read about him, the more I got interested. His patriotism and dedication towards the country and his ability to stand up during adversity is what makes him stand out. His determination is what makes Modi bhai what he is today. If you remember, he was once denied a visa and was not allowed to reach out to the corporates in America. But he turned the situation around and brought half the world here in Gujarat. Today, as the PM of India, he continues that legacy and we have international companies doing business in India. That is the kind of positivity he carries.

He was once called the ‘chaiwala’, but he brought pride into being a chaiwala. They made fun of him being a ‘chowkidar’, and now the whole country is saying “Mein Bhi Chowkidar’. That is his speciality, he doesn’t accept defeat. He instilled a sense of pride in every chaiwala in the country.

Will you be choosing politics as your next alternative career?

I was offered a seat to contest elections when I was in Tamil Nadu during the tsunami. After that, I have been offered seats by multiple parties across India. But that isn’t my focus now. At present, I want to focus on films based on stories that I want to tell. I believe there is a right time and place for each person for everything and for me, the time and place is not now.

If you look at MGR and Jayalalitha, they made successful politicians. And then there have been superstars such as Amitabh Bachchan who realised that politics was not for him. But politics does give you a bit of an edge- the popularity and fascination that you get from people are mind-blowing!