The veteran actor says that he is tired of this image and talks about why the 'Phir Hera Pheri' didn't work. 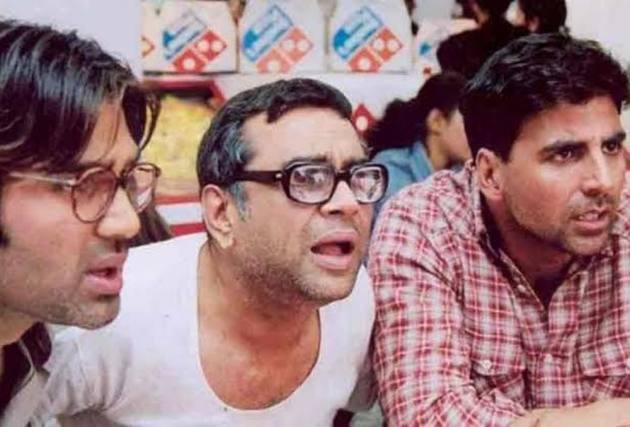 Seasoned actor Paresh Rawal's role as Baburao Ganpatrao in 2000 comedy film 'Hera Pheri' became an iconic character in Bollywood. Even though the film released two decades back, it is still seen as part of jokes and memes. However, Rawal says he is tired of that image now.

In an interview with The Quint, the actor also said that the second installment of the film, 'Phir Hera Pheri', released in 2006, wasn't successful because everyone was 'trying to act too smart'.

'Hera Pheri' was the story of three men - Akshay Kumar, Suniel Shetty and Rawal, who were bankrupt and were always looking for ways to make quick money.

When asked if he aware of how popular Baburao's character is on social media, Rawal said, "I am sick and tired of that." He then added, "What had happened was in part 2, we were very over smart. It didn't work. Only one guy was working earnestly and that was Suniel Shetty. He never wanted to prove anything. He was standing out."

The actor said that if the third part happens, they would require the same old innocence which was missing in the second film.

"So, now when ever it happens, we need that innocence. It wasn't there in the 2nd part.It had become dirty. Infact I would like to get rid of that image now," he said.