Michaela Coel's 'I May Destroy You' Wins Big At London's BAFTA 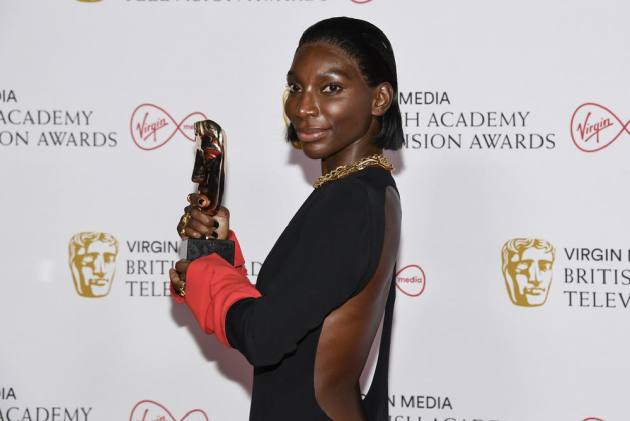 The sexual consent drama "I May Destroy You" had a golden run at the 2021 BAFTA TV Awards, winning best mini-series and with its writer, part-director, and star Michaela Coel bagging the best actress award.

The winners were announced during a hybrid event presented by Richard Ayoade and shot at London's Television Centre. The ceremony was conducted in accordance with COVID-19 protocols. Only the main category nominees were present in person, while others watched online.

"I May Destroy You," a 12-part BBC and HBO drama, addresses consent through the story of Arabella (played by Coel), a woman who is sexually attacked after having her drink spiked on a night out.

Coel, who won BAFTAs for best drama writer and best director at last month's BAFTA TV Craft Awards, hailed intimacy coach Ita O'Brien for assisting her in creating a secure environment as she took her "piece about exploitation" to the screen.

"I'd want to dedicate this honour to Ita O'Brien, the director of Intimacy. Thank you for being in our industry, for creating a safe space for us to create physical, emotional, and professional boundaries so that we can make work about exploitation, loss of respect, and power abuse without being exploited or abused in the process "She said this after accepting the award for best actress.

Paul Mescal, who won the BAFTA for best actor for his role in the BBC Three and Hulu drama "Normal People," was among the other winners during the evening.

To win the award, he beat off performers like John Boyega ("Small Axe") and Josh O'Connor ("The Crown").

Fan-favourite Netflix drama "The Crown" was the biggest snub of the event as it didn't top any of the four categories it was nominated in.