In the video, actor Sanjay Dutt was seen walking with a limp, along with his 10-year-old son, Shahraan, who had his fracture removed, last week. 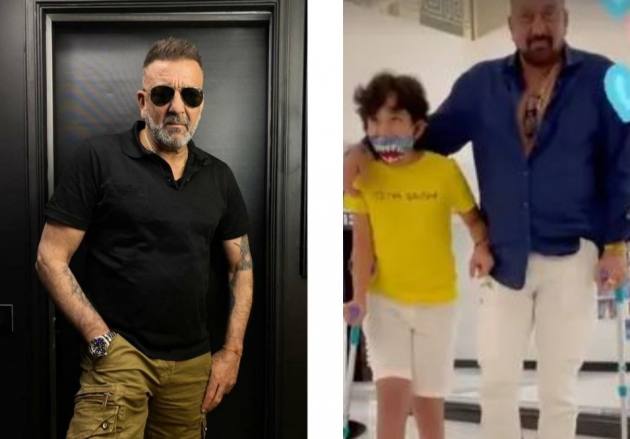 Bollywood star Sanjau Dutt’s wife, Maanyata Dutt, on Wednesday, posted a video via Insta stories, in which the actor and their son, Shahraan, were using crutchess to walk.

According to sources close to their actor, their 10-year-old son, had fractured his leg, and the fracture was only removed last week. He has been on the road to recovery ever since, with his parents, as is eveident in the video, by his side.

Sources also inform that even Dutt had a minor injury in his heel.

A totally adorable father-son duo that is all smiles as they recover together, next to each other. These small glimpses of the superstar from time to time by Maanayata always has fans looking out for more.

On the workfront, Dutt will be seen in the much-awaited pan India film KGF: Chapter 2 next. Recently, Yash took to his social media to inform his fans that the movie will be releasing in the theatres on April 14 2022.