The series once again focuses on the dreams and aspirations of the young whose wishes and career- oriented goals are often eroded by reality, leaving them with a hollow place where those hopes and ambitions once resided. 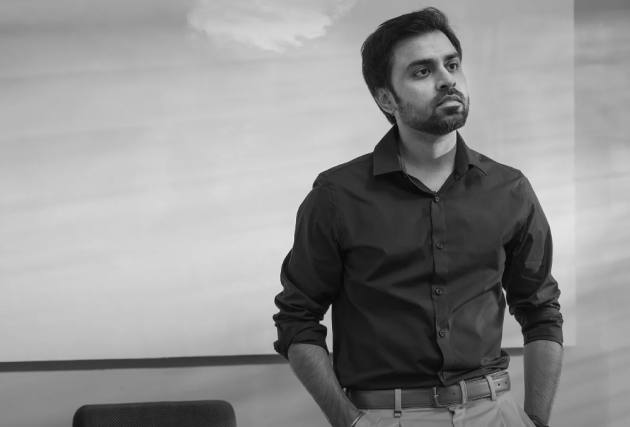 “I am not an ex IITian; I am an IITian,”says Jeetu Bhaiyya in a scene in the series Kota Factory that is so telling  of our country’s pride, obsession, an all-time enduring passion and the ultimate dream of any middle-class student. For a large chunk of our population, expectations and dreams are what life is all about, more so, for the youth, and an entry into a prestigious institution, such as the Indian Institute of Technology seems like a surefire, unfailing and certain choice for a most cherished accomplishment that would permanently secure life.

Both the seasons of ‘Kota Factory’ give us an insight into the minds of the young and the psyche of their result-oriented parents. In the second season of the popular series, ‘Kota Factory’, yet again it’s an insight into the life of students in Rajasthan’s Kota, a major coaching hub of the country for competitive examination preparations with the record number of engineering and medical coaching institutes. Kota, a city bustling with the young, also made headlines when, as per reports, in the National Crime Records Bureau report of 2014, 45 suicide cases of students were reported in the city, and the numbers kept growing. Even today, while students throng the place for the best tutoring, they also feel stressed and get pressurised in order to crack their target competitive exam, and often buckle down under tremendous tension.

The story moves forward from the first season and highlights the lives of Jeetu Bhaiyya (Jeetendra Kumar), Vibhav Bhaiya (Mayur More), Vartika (Revathi Pillai), Meena (Ranjan Raj), Meenal (Urvi Sngh), Uday (Alam Khan) and others as they face the problems while dealing with their personal crisis of IIT-JEE, both as teachers and as aspirants.

Directed by Raghav Subbu and co-written by Abhishek Yadav, Sandeep Jain and Saurabh Khanna, the series once again focuses on the dreams and aspirations of the young whose wishes and career- oriented goals are often eroded by reality, leaving them with a hollow place where those hopes and ambitions once resided. On the one side, if its peer pressure that goads a student to try their luck, the ugly reality of not being able to keep up with the burden of too many classes, physical and mental – not to mention the psychological – anxiety and strain on the other, compels many to feel that it’s not ‘worth it’ anymore, even if one has achieved modest success.

Jeetu Bhaiyya starts his own coaching centre named Aimers, in direct competition with the city’s best known Maheshwari Coaching. Since he is the best teacher anybody could dream of, Vaibhav and friends want to leave their present enrolment with Maheshwari and join his institute instead. The story very subtly presents before us that it is the ‘expectation’ that remains the biggest killer that one can never meet it. And yet, one keeps imagining, presuming, anticipating and finally awaiting more.

As Vaibhav is seen on a journey of building his career, he is also shown negotiating with life’s unforeseen challenges as he tries to balance his friendships, his relationship with his mentor Jeetu Bhaiya and the looming pressure of getting into an IIT. In his new drive, he meets Sushrut, another student, and becomes his best friend. As classes begin, Vaibhav and his friends question the value of IIT dream and seek inspiration from a trusted source – Jeetu Bhaiyya. Vaibhav bends the rules to attend Jeetu’s classes. Jeetu, who is still struggling to get staff and trying to deal with other things to keep his institute running, is more of a friend and a go-to mentor they all can trust blindly. In the midst of all the juggling, confused state of their futuristic vision, unsure status that afflicts teenagers of his age from time to time, all the work pressure, Vaibhav falls sick, asks his mother to come and stay with him for a while.

Vaibhav, Meena and Uday begin to see glimpses of their own futures when the results are declared of a batch senior to them. In his new journey, he and Sushrut become best friends.

‘Kota Factory’ stands out for being original. As perhaps the first Black and White show on a streaming platform, it steers clear of the usual and regular frills (melodrama, romance, songs and back stories of lead characters etc.) to take the story forward. The actors are all relatively young and some even unknown faces who look and play their respective screen roles perfectly. Jeetendra Kumar who is an IIT Kharagpur alumnus is prefect as a working class tutor Jeetu Bhaiyya and lends a great deal of credibility to his role. It’s the realistic performances of nearly the entire cast that makes the series all the more convincing.

The young minds on the threshold of adulthood are as impressionable as they get. They don’t pontificate and are seen dealing with some of their life-altering decisions on their own when they are confronted with sudden changes. The banter, some healthy rivalry and the great camaraderie around the group look believable. There are no heroes here; each character depicts a touching representation of a life undergoing a significant change that life confronts them with. The boys and girls are ordinary, and yet they are set in moulds that anyone could identify with. Their independent relationships that are formed in circumstances when they are cut off from their families, are foundations for lifelong bonding that never fades away.

But what’s significant about the 5-part series is its B&W monochrome look that clearly illustrates the ordinariness or the lack of pomp and show in the everyday life of an average young boy from a middle-class family. The lives here are devoid of all the accoutrements signalling wealth of the affluent, and hence, symbolize straightforwardness, minimalism and unpretentiousness. The single tone also, perhaps, juxtaposes the single-minded devotion and emphasis spotlight that remains the core of their very existence at a particular stage – their careers!