After several memes and jokes on the celebrity outfits at Met Gala 2021 went viral on the Internet, Indian users on social media shared pictures of Bollywood actor Ranveer Singh and want him to be part of the event in future 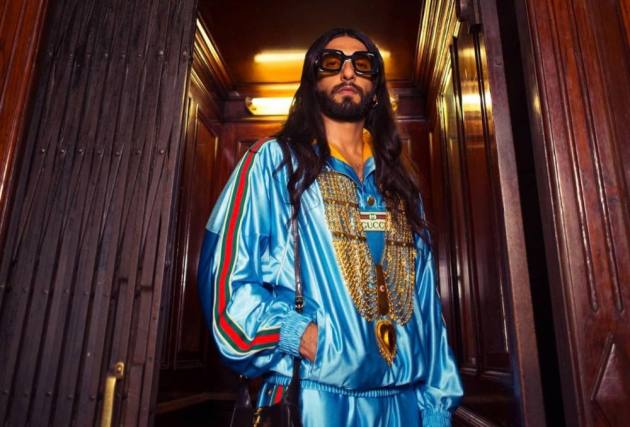 Indian Netizens wanted Bollywood actor Ranveer Singh to be a part of the future Met Gala events, as the feel that the popular actor, who has a very eccentric take on fashion, will be one of the stars on the red carpet.

"Kendall, what happened?"
"Kim, dress yourself however the hell you want but you just can't beat Ranveer Singh" #MetGala2021 pic.twitter.com/vzkOYxEE3H

This year’s edition saw some of the most outrageous and out-of-the-box outfits, as celebrities compiled with this year’s theme of 'America: A Lexicon of Fashion'.

Kim Kardashian’s all-black ensemble, Lil Nas X’ gold outfit, were some of the most joked about dresses on the Internet. Even Bollywood actress Kareena Kapoor Khan had weighed in on Kardashian’s outfit.

Lil Nas X did a wonderful collab with Nickelodeon at the #MetGala2021 #LilNasX pic.twitter.com/ahtDf7UJ5t

Met Gala regulars including Jennifer Lopez, Sharon Stone, Emily Blunt, Irina Shayk and Gigi Hadid  were spotted alongside debutantes like 18-year-old British tennis star Emma Raducanu who recently won the US Open, Rose Leslie from 'The Game of Thrones', gymnast Nia Dennis and Justin and Hailey Beiber who walked the Met carpet together for the first time.

The event is hosted by Vogue's Dame Anna Wintour and is held annually at The Metropolitan Museum of Modern Art in New York City.