Film reviewers all over have labelled the recent film ‘Eternals’ as one of MCU's worst flops. The film has garnered some of the worst reviews of all time for any Marvel film. 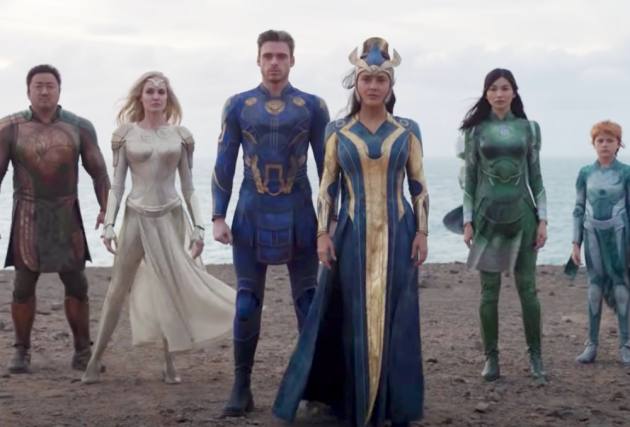 Things aren't looking good for ‘Eternals’, which has gotten mixed reviews from critics. Rotten Tomatoes gives it a 62 per cent rating. ‘Eternals’, the next film from Marvel Studios, has not been well received by reviewers. On the review aggregate website Rotten Tomatoes, the film presently has a 62 per cent rating. While the score is not the worst, it is the lowest of any Marvel Cinematic Universe film.

Chloe, known for her compassionate storylines set against magnificent panoramas in films like ‘Songs My Brothers Taught Me’, ‘The Rider’, and the Oscar-winning ‘Nomadland’, said she wanted to go large on the scale while keeping the story personal.

For the unversed, the ‘Eternals’ are an extraterrestrial race that has been on earth for almost 7,000 years and has banded together to safeguard humans from their evil opposites, the Deviants. ‘Eternals’, which also stars actors Barry Keoghan, Lia McHugh, and Laura Ridloff, will be released in Indian theatres on November 5 in English, Hindi, Tamil, Telugu, Kannada, and Malayalam.