'Dhoop Ki Deewar is not about Kashmir. And if there is mention of Kashmir in it, it has surfaced in the shape of location as most of the troops (of India and Pakistan) are along the line of control fighting against each other,' says writer Umera Ahmed 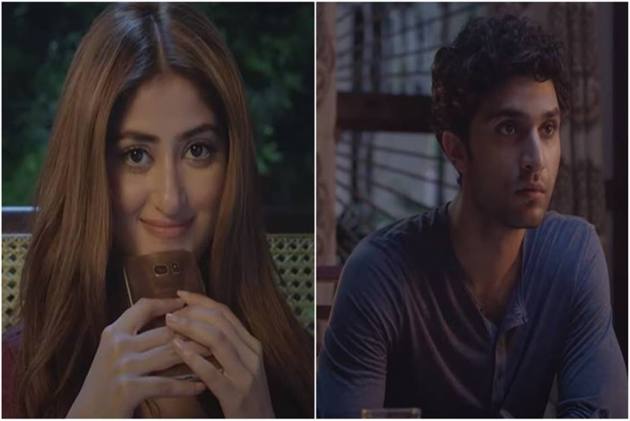 The trailer of Pakistani web series 'Dhoop Ki Deewar' a cross-border love story is out but is also eliciting controversy, specially in Pakistan.  The series premieres on June 25 on ZEE5.

The trailer featuring famous actors Sajal Aly as Sara from Pakistan and Ahad Raza Mir as Vishal from India portrays the story of two families who lose their loved ones  along the Line of Control – Both the characters lose their fathers in the border firing and share their grief through social media leading to their friendship much to the surprise and shock of their families.

No matter who wins the war, both nations face the loss.
When everything falls apart, what will they choose: Hate or Heart?

While there have been some memes in Kashmir,  in Pakistan people have alleged that the series is distorting the situation in  the Valley.

Meanwhile, writer of the series Umera Ahmed has been receiving  praise on social media for the subject matter and has realised a ten-point statement on social media responding to the allegations.

She says,  Dhoop Ki Deewar  is a social tragedy and it is about people whose family members  sacrificed their lives for their respective nations. - 'Families have to face challenges and this story is dealing with those problems on a broader scale.

Responding to  accusations that she is in support of Aman Ki Asha and is promoting it, she says, 'Is hoping for peace a criminal act or a sin? Our religion is all about peace and safety. There is nothing wrong with talking about peace.'