The lockdown has come as a boon to OTT platforms, as big stars queue up to release their films. 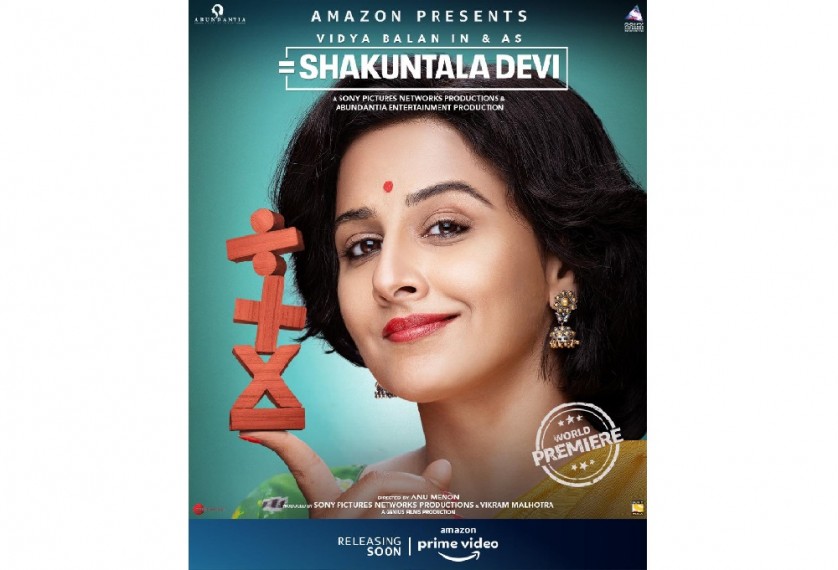 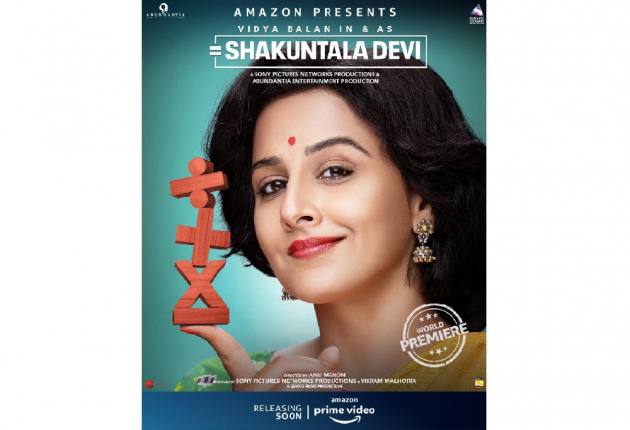 The unprecedented social distancing measures which include the shutting down of cinema halls have made people turn to OTT (over-the-top) platforms for entertainment, leading to a surge in online video consumption.

Most big-ticket movies in the USA have been pushed to later this year, some even to next year. Similarly, in India, the theatrical release of all major films has been indefinitely postponed.

But OTT platforms are buzzing with activity. Amazon has made a selection of kids and family content available free for consumers to watch on Prime Video, and has also released Season 2 of ‘Four More Shots Please’ recently.

Who would have thought the Vidya Balan-starrer Shakuntala Devi Biopic will premiere exclusively on Amazon Prime Video? In the movie, Balan plays math whiz Shakuntala Devi to teach the world the universal language of mathematics. It will now have an exclusive premiere for Prime members across 200 countries and territories this June, an announcement said.

Amitabh Bachchan completed his 51st year in Bollywood this year and this is the first time that he will witness the worldwide premiere of his film on a digital platform. His new film ‘Gulabo Sitabo’, also starring Ayushmann Khurrana, was supposed to release in April but couldn't make it to the theatres because of the lockdown. Now, Gulabo Sitabo will have a digital release on Amazon Prime Video on June 12.

Bachchan tweeted about his digital release where he mentioned that he is "honoured" to be part of yet "another challenge" in his career as an actor. "Joined the film industry in 1969. Now in 2020. It's... 51 years! During this formidable period seen many changes and challenges. Now another challenge. Digital release of my film Gulabo Sitabo. June 12, only on Amazon Prime. Worldwide. 200 plus countries. That is amazing. Honoured to be a part of yet another challenge!" Bachchan stepped into Bollywood with the 1969 film Saat Hindustani.

In the lockdown period, quality content on OTT platforms is in great demand. "We are launching an interesting web show that was shot under the lockdown situation. The brand-new web show titled ‘A Viral Wedding’ - Made in Lockdown features Shreya Dhanwanthary and Amol Parashar in the lead. The show is a light-hearted attempt to look at the consequences of an unprecedented lockdown. Since many couples are willing to take wedding vows on the planned date over postponing it, they're not hesitant to try the new idea of virtual wedding,” says Ali Hussain, CEO, Eros Now.

Produced by Raj Nidimoru and Krishna D.K, who have built a credible reputation with films and shows like 'Shor In The City', 'Stree', and 'The Family Man' among others, Viral Wedding traces the story of a social media influencer called Nisha, (played by Shreya). She is planning her big fat Indian wedding with her fiancé Rishabh (Amol) when the lockdown is announced. It has eight episodes of nine minutes each, all shot on cellphones in the actors' homes, with no physical interaction with the directors or the producer.

The Coronavirus lockdown has inspired Eros Now to offer two months’ free subscription to people staying at home. They have also started an entire series of nostalgic films like 1942, A love story, Maina Piyar Kiya, Rangeela and many more.

“There is an increase of 80 per cent who are consuming digital content from the time lockdown started and the graph is moving high. On an average we are noticing a 70 to 100 per cent increase in digital consumption on a daily basis,” says Hussain.

Karan Bedi, CEO, MX Player says: “We have released seven shows since March, It is obviously a difficult time but I am happy to provide people with some entertainment.”

According to the GlobalWebIndex report, India's streaming market is one of the biggest and fastest-growing in the world with biggies like Voot, AltBalaji, Zee5 and MX Player. The country's video market is valued at over $700 million and is expected to grow to $2.4 billion by 2023, with the OTT industry projected to have the highest growth.

Nachiket Pantvaidya, CEO, ALTBalaji says, “With an increase in appetite to consume our diverse bouquet of originals, we have witnessed a 15 to 20 per cent surge across the industry in terms of viewership. As a responsible platform, we are also urging our viewers to shift from HD (high definition) to SD (secure digital) quality to reduce the stress on the telecom network infrastructure.

Alt Balaji has an interesting line-up of upcoming shows like the second season of Baarish, which features Sharman Joshi and Asha Negi in leading roles along with a cameo by legendary actor Jeetendra. "After two successful seasons, our show 'Kehne Ko Humsafar Hain' has Season 3 on the cards. We also have 'Beebaakee' in the pipeline featuring Kushal Tandon, Karan Jotwani, Suchitra Pillai among others,” says Pantvaidya.

OTT platforms are increasingly experimenting with formats and technology to offer content that is innovative and engaging. Neeraj Roy, Founder and CEO, Hungama Digital Media says, “We launched a property called Hungama Artist Aloud #StayAtHome #StayEntertained that has various renowned artists delivering live acoustic performances from their homes on Hungama Music’s Facebook page. It allowed us to ensure engagement and interactions between the users and artists.” Roy says they have seen an over 20 per cent increase in viewership on Hungama Play since the beginning of March, in metros as well as smaller towns.

Hungama Play has a multilingual library of over 5000 movies in Hindi, English and regional languages and many other shows. “Our content pipeline for the coming quarter is ready and we have more original shows which we will be releasing in due course of time. Additionally, we are continuing to acquire original shows, movies and short format content,” says Roy.

OTT consumption has been increasing for the past few years on the back of increased smartphone usage, inexpensive data and improved internet penetration. Some OTT players say that consumption patterns that we are witnessing right now are likely to go back to normal as restrictions ease and people get back to their regular lives. While cinema halls and other public forms of entertainment might have to undergo significant changes over the next few months, users will opt to rely on OTT platforms for their entertainment needs.

Voot Select, another OTT platform was launched at a very unique time on March 3 and the lockdown started on 25th March. Ferzad Palia, Head- Voot Select, says, “We have seen a huge subscription. The numbers are going up much beyond what we had estimated.”

The three Hindi original shows Asur, The Raikar Case and Marzi on Voot Select have all been successful.

Palia says, “The lockdown has worked on a positive side for us because it is very rare for a platform to deliver three hits in a row. The content consumption of the audience has increased a lot and it is becoming difficult to keep up with the appetite. And we are working very hard so that the consumers stay entertained.” And stay indoors. If there is one industry which wouldn't like the lockdown to end, it's indeed the OTT players.