Chunky Panday On Sexual Harassment Allegations Against Sajid Khan: Many People Misunderstand Him 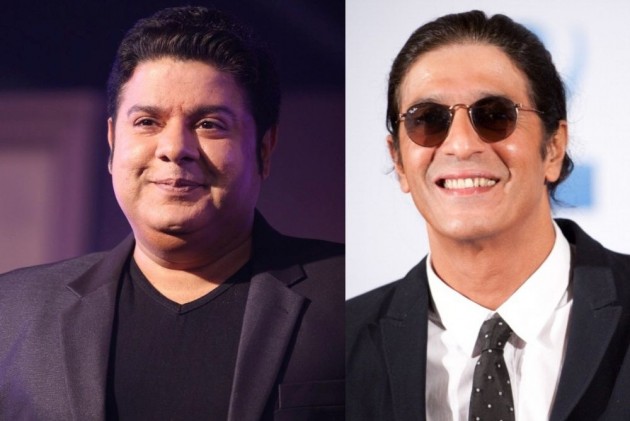 Last year, many women from the industry came out to expose sexual harassment incident they had to face at the hands of the big shots. Among others, a woman had alleged Sajid of sexual harassment, leading to him being ousted from the fourth franchise as the director of Houseful. Sajid had released a statement asking everyone to wait for the truth to be out. His sister and filmmaker Farah Khan expressed her shock over the same and many from the industry came to defend Sajid.

Chunky Pandey, who has worked with Sajid in Housefull and knows him for the longest time, recently during an exclusive interview with PINKVILLA, revealed that it did came as a shock to the team but Sajid is often "misunderstood." He said, "The thing is Sajid has always been a very very outspoken person. He has always been this flamboyant person, what you see is what you get. A lot of people might misunderstand Sajid Khan. Sajid just says things for effect, he doesn't mean them. I know Sajid since childhood. Of course, when these allegations came, it was a shocker to everyone, you know it was the season of MeToo, and everyone was getting exposed. So, we really felt bad. We had no option, the producer had a lot of pressure to drop him from the film (Housefull 4). Luckily, Farhad Samji agreed to do it. It wasn't easy but full marks to Sajid Nadiadwala for pulling this off. Of course, we felt bad when we lost Sajid."

He added, "If you ask me, Sajid is like a little brother to me. I think he should have gotten a chance to clarify himself but I am sure he will get a chance."