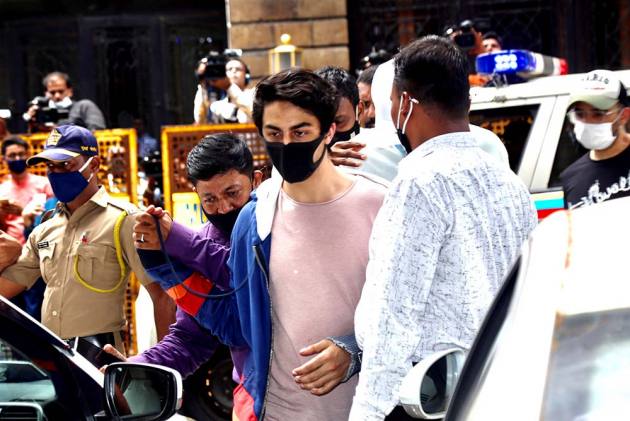 The Bombay High Court granted bails to Aryan Khan, Arbaaz Merchant and Munmun Dhamecha, today, in connection with their arrest by the Narcotics Control Bureau (NCB) on October 3, after the agency busted a cruise ship off the coast of Mumbai and seized several banned narcotics on October 2.

Additional Solicitor General Anil Singh advocate Shreeram Shirsat and team had arrived in court, to represent the NCB on Thursday.

ASG Anil Singh argued that while no recovery was made from Aryan Khan, he may still be booked under section 8c under the NDPS, for “conscious possession”.

“The scope of section 8(c) is very wide. Therefore there may be a case that the person has not consumed the drug but is found in possession, 8(c) will apply,” he said, as per LiveLaw.

“We have argued conscious possession in the sessions court as well. That if two people are travelling together, and the first person is knows the drug is with the other and it is for their consumption...Though the person may not be in actual physical possession, he may be in "conscious possession," he added.

He also argued that defence’s arguments about not getting tested for consumption does not hold any ground, since the NCB has only booked them for possession.

“They travelled together, they were going to be put up in the same room,” he said, as per LiveLaw.

“They are saying we haven't tested for consumption. Where is the question of testing when they haven't consumed it? They were found in possession. It is our case that A1(#AryanKhan) was found in conscious possession of the drug," he added.

While referring to a Supreme Court judgement for an NDPS case Singh said that “custody is the rule, bail is the exception".

Singh made a ‘threefold’ submission and said that Aryan Khan was found in conscious possession, was connected with drug peddlers and the arrest remains valid, since the lapse between remand and arrest was only for four hours. He also, as per LiveLaw, said that “Conspiracy is difficult to prove. Only conspirators know how they have conspired.”

“There was no recovery from me. Though I say I was not aware what he was carrying.  But what is being put on me is commercial quality through conspiracy,” he said as per LiveLaw.

“So basically what five other people are carrying is put on me. But section 27A is not applied against me. There were 1300 people on the ship. No material produced by NCB to show that I knew anyone else apart from Arbaaz and Aachit,” Rohatgi added.

He also said there is no material to allege conspiracy.

“Their case is if it is not a coincidence, but a conspiracy.  There has to be meeting of minds. Say a telephone call between all 8.  So apart from Arbaaz, none of these chaps have anything to do with me,” he said as per LiveLaw.

“I can understand if even all ten were friends. Apart from the people mentioned in the chart, there were two other people one is Manav and Gaba(who invited me). They were not arrested,” Rohatgi added.

This means that Aryan Khan will be able to return to his home after 27 days, for the first time since getting detained by the NCB on October 2.