Rajput had shot to fame after playing the lead role in movies such as 'Kai Po Che' and 'M.S. Dhoni: The Untold Story'. 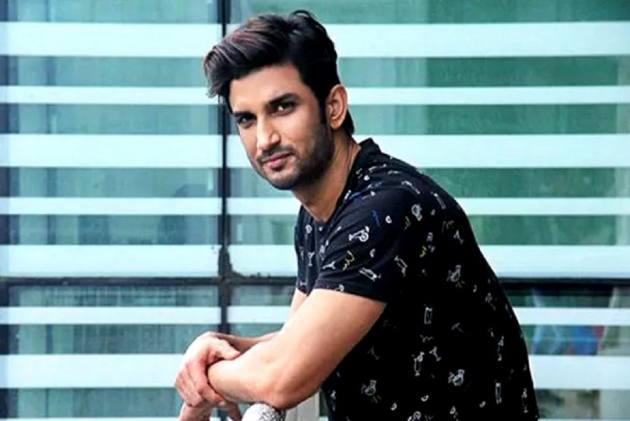 “Kai Po Che” actor Sushant Singh Rajput was found hanging in his Bandra apartment on Sunday, sending shockwaves rippling through the Hindi film industry and elsewhere with many asking just that one question -- why. He was 34.

Rajput, who made the storybook transition from Patna boy to television and then the starry lights of the Hindi film industry, was the youngest of five siblings and is survived by his father and four sisters.

“His body was found hanging at his Bandra residence today. We are investigating," Manoj Sharma, additional commissioner of police, Western Region, said.

An accidental death report will be registered on the basis of preliminary information sources from the Bandra Police said. No note was found from the spot, they said.

Police sources also said they did not find any foul play in their initial investigation. A medical report about the cause of death is awaited, the police said.

Rajput’s last screen appearance was Nitesh Tiwari’s 2019 film "Chhichhore", where he played the role of a father who conveys a message of hope and affirmation to his son who has attempted to kill himself.

And his last social media post, dedicated to his late mother who died in 2002 when he was a young teen, was on June 3, a foretelling perhaps on what to come.

"Blurred past evaporating from teardrops. Unending dreams carving an arc of smile.

"And a fleeting life, negotiating between the two," he wrote on Instagram post with a black and white photograph of his mother.

"It's such devastating news. My deepest condolences to Disha's family and friends. May your soul rest in peace," he had said, mourning her death.

Back home in Patna, as crowds gathered outside Rajput’s father’s home, Laxmi, the caretaker, told mediapersons that the actor's eldest sister who lives in Chandigarh would be flying in to accompany their father to Mumbai.

It was not known where the last rites of the actor would be held.

As news of the tragic death spread and condolences poured in, Prime Minister Narendra Modi described him as a bright young actor gone too soon.

“He excelled on TV and in films. His rise in the world of entertainment inspired many and he leaves behind several memorable performances. Shocked by his passing away. My thoughts are with his family and fans. Om Shanti," the prime minister said on Twitter.

Vice President M Venkaiah Naidu, Home Minister Amit Shah and Information and Broadcasting Minister Prakash Javadekar were among those who expressed their shock and condolences to his family.

The beginnings were small and there were miles to go for the young actor with starry dreams.

He also performed as a background dancer in the song "Dhoom again" with Hrithik Roshan and Aishwarya Rai Bachchan in the 2006 film "Dhoom 2".

But it was the small screen that gave the "outsider" his breakout role as the mild-mannered Manav in the Ekta Kapoor-produced soap opera “Pavitra Rishta” in 2009.

He left the show in 2011 and two years later made his film debut with “Kai Po Che!”.

He also starred in films such as “Shuddh Desi Romance”, “Raabta”, “Kedarnath” and “Sonchiriya”. But his most prominent role came as cricketer Mahendra Singh Dhoni's in the 2007 biopic, “MS Dhoni: The Untold Story”.

Rajput's sudden death came as another shock for the film fraternity, still recovering from the deaths of Irrfan Khan, Rishi Kapoor and Basu Chatterjee.

For many, Rajput’s death was a reminder of the fragility of life and the importance to be sensitive, empathetic and available to those who might be suffering silently.

“I have felt at times like you may have needed people to share your life with but somehow I never followed up on that feeling... Will never make that mistake again,” the filmmaker wrote alongside a picture of him with Rajput.

"If you feel like you're drowning please please please reach out to someone you trust, whether that is a friend, family member or a professional," added actor Anil Kapoor.

"He loved me so much...I will miss him so much. His energy, enthusiasm and his full happy smile. May Allah bless his soul and my condolences to his near and dear ones. This is extremely sad....and so shocking!!"

The cricketing fraternity sent its deepest condolences too.

Former India wicketkeeper Kiran More, who trained Rajput for the role of Dhoni in the blockbuster biopic, said an "unbelievable journey" has been cut short.

"Shock and disbelief are the two words I can remember. When you work closely with such a young talent, the question you will always ask is why? Why has he taken this step?" More said.

Indian skipper Virat Kohli said it is tough to accept that the actor is no more.

"This is so difficult to process. May his soul RIP and may god give all the strength to his family and friends," he wrote on his Twitter handle.

Sachin Tendulkar, too, expressed his shock.

"Such a young and talented actor. My condolences to his family and friends. May his soul RIP."