Home  »  Website  »  Arts & Entertainment  »  Bijay Mohanty: The Gem Of Odia Film, A Versatile Actor If Ever There Was One

Bijay Mohanty: The Gem Of Odia Film, A Versatile Actor If Ever There Was One

Bijay Mohanty's versatility was reflected in the fact that he received the state film award as Best Actor six times, as Best Supporting Actor thrice and Best actor in a Comic Role once. 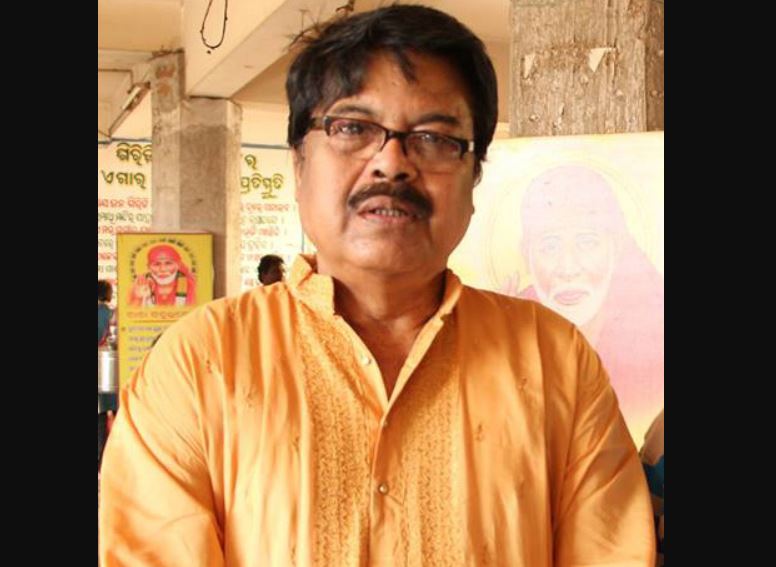 His funeral procession said it all. Defying the restrictions in place due to the ongoing 14-day lockdown in the city, hundreds of fans, admirers, well-wishers and fellow travellers gathered at the Utkal Sangeet Mahavidyalaya in Bhubaneswar to have one last glimpse and pay their last respects to the man who had become a legend in his lifetime--veteran actor Bijay Mohanty. The road in front of the Mahavidyalay was chock-a-block with people while the police watched on helplessly.

To say he was a versatile actor would perhaps be an understatement. The Odia film industry has had many great actors since the first movie in the language, a mythological flick titled ‘Sita Bibaha,’ was made way back in 1934, barely two years after the first talkie was made in India. But no other actor has carried off so many diverse roles with such aplomb. Bijay Mohanty made his debut in a negative role in the film ‘Nagaphasha’ in 1977, effortlessly moved on to lead roles later and played character roles in his final few years, excelling in every one of them. He even played comic roles in a few films. No other actor has made such a smooth transition from one kind of role to another and has been successful in each of them.

Mohanty's versatility was reflected in the fact that he received the state film award as Best Actor six times, as Best Supporting Actor thrice and Best actor in a Comic Role once. What took the pace of pride in his mantle, however, was the Jayadeva Award, the equivalent of the Dada Saheb Phalke Award given annually by the Government of India. He received the award in 2014 for his lifetime contribution to the Odia film industry. He also directed a film titled ‘Bhuli Huena’.

The celebrated actor made an all-too-brief foray into politics and contested the Lok Sabha elections in 2014 from Bhubaneswar constituency as a Congress candidate and lost to Prasanna Patsani of BJD. After the defeat, he realised politics was not his cup of tea and returned to acting, never to have anything to do with politics again.

Though he earned fame and became a household name for his myriad roles in films, theatre was always his first love. He had set up ‘Jugechha’, a theatre group, in Baripada, a tiny but culturally rich town in north Odisha where he spent his childhood and youth and turned in some great performances in several plays. On the advice of his early mentor, director Prasanna Mohanty, he joined the prestigious National School of Drama (NSD) in New Delhi, where legends like Naseeruddin Shah and Om Puri were his classmates. On his return to Odisha after completing his course, he was appointed as a lecturer in Utkal Sangeet Mahavidyalaya and went on to become its Principal before retiring. In his long years at the premier theatre institute, he inspired, groomed and mentored many budding actors who later became famous in their own right.

He was ailing for some time and had been admitted to a leading hospital in Hyderebad, where he was staying with his daughter, after he suffered a heart attack early last month. After recovering from the ailment, he expressed a desire to return to his home soil. In deference to his wish, he was brought back to Bhubaneswar by road in an ambulance on June 24. He even recorded a video message for his fans before leaving Hyderabad where he sounded quite upbeat. Everyone thought the worst was over and was looking forward to the champion actor returning to the stage and film floor. But he was taken ill again on Monday evening and was rushed to the Care Hospital where he breathed his last within an hour of being admitted. Condolences poured in from just about everywhere, including Governor Prof Ganeshi Lal and Chief Minister Naveen Patnaik, as news of his demise spread. In keeping with his stature, the Chief Minister ordered a state funeral for him.

The mortal remains of the legendary actor were consigned to the flames at the Satyanagar cremation grounds with full state honours in an emotion-heavy atmosphere this afternoon. But there is little doubt that Bijay Mohanty would continue to live in the minds and hearts of millions of Odias who have loved and admired him for his histrionics skills.