Actress Yuvika Chaudhary got arrested by the Haryana Police, and later released on bail. A few days back cricketer Yuvraj Singh also faced a similar arrest for allegedly using a casteist slur. 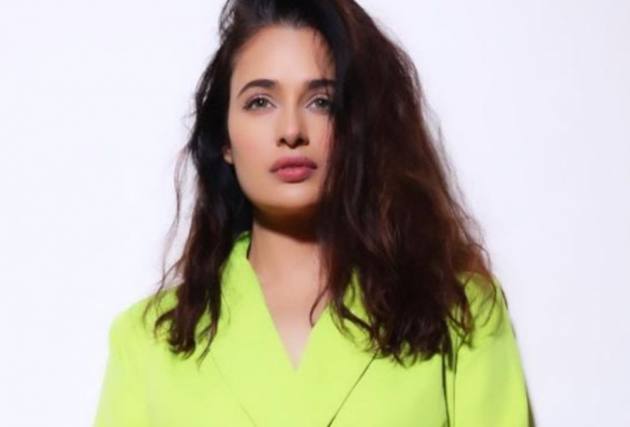 Yuvika Chaudhary, the 'Bigg Boss 9' actress, was arrested on October 18 by the Haryana Police in a case of alleged offensive remarks against Scheduled Castes on a social media site. However, Chaudhary was later freed on temporary bail, according to reports. A few days back cricketer Yuvraj Singh also got into similar trouble and was later released on bail.

Ashok Bishnoi, lawyer of actress Yuvika Chaudhary in a statement to the news agency said, "My client has joined the investigation as per the guidelines given by the High Court and she is on interim bail now (in a case of alleged offensive remarks against Scheduled Castes on a social media platform)."

Chaudhary was arrested in May after the Haryana Police received a complaint from a Dalit rights activist and filed an FIR under the Scheduled Castes and Scheduled Tribes (Prevention of Atrocities) Act. She made a casteist insult in a video taken by her husband, actor Prince Narula, which quickly went viral on social media. It clearly did not go down well with the netizens, and the hashtag #ArrestYuvikaChaudhary began to trend. Keeping the sentiments, Chaudhary later apologised for her comments on her Instagram account.

"Hi guys I didn’t kw the meaning about that word wt I used in my last vlog I didn’t mean to hurt anyone and I can never do that to hurt someone I apologise to each n every one I hope you understand love you all (sic)," she wrote.

However, the Haryana police booked her in May on the basis of a complaint filed by a Dalit rights activist called Rajat Kalsan, who claimed in the video that Yuvika allegedly made disparaging and offensive statements against the Scheduled Caste population and sent a copy to the police.

This isn't the first time an actress has been booked for using a racial insult. Previously, Munmun Dutta of 'Taarak Mehta Ka Ooltah Chashma' allegedly used a casteist insult in one of her social media videos. Dutta made an apology after receiving widespread criticism, stating that she never intended to offend, intimidate, humiliate, or harm anyone's sentiments. Meera Mitun, a model turned actress, got into legal difficulties after she posted a video on August 7 in which she used a casteist slur while complaining about a director allegedly taking her photo and using it for a movie's first look.